There’s a new guided meditation app in town, and this one is forgoing waterfalls for a diverse music mix.

Wave launched this week thanks to a $5.7 million seed funding round, arriving on the serene scene already crowded with major players like Headspace and Calm.

With the help of a vibrating bolster, similar to ones used in restorative yoga classes, along with custom headphones and $10-a-month subscription service, Wave is akin to Spotify in its approach to disrupting relaxation.

As co-founder and CEO Mason Levey describes it, the custom playlists on the Wave wellness system are inspired by today’s pop music. The approach is unsurprising given Levey also co-founded Y7 Studio, a popular yoga chain that incorporates hip hop tracks into its classes.

“Millennials are the most anxious generation, and yet 86 percent of Americans don’t actively meditate. Pre-launch, we surveyed 750-plus consumers and asked what activities they turn to for inspiration and empowerment,” Levey told Observer. “Listening to music was the number one activity indicated by our respondents.”

He went on to say that his team believes that listening to music is a form of meditation, “but no one has ever championed the practice as such.” This is where Wave comes in. “We’re fusing beats with breathing techniques and vibrations in the cushion to create a new experience better suited to millennial consumers like us.”

Buying into Wave isn’t cheap; the starter package costs $199 on top of the monthly subscription fee. However, unlike stand-alone relaxation apps that encourage a focus on breathing and mindfulness, Wave’s use of the pillow and headphones encourage users to “feel the vibrations of every bass beat in our music-meditation tracks, creating a truly immersive physical experience.”

The app, just the latest attempt by the tech industry to help people de-stress, is part of a rapidly growing category. The countless “wellness” services and apps available for download currently make up a growing “mindfulness market” that topped $1 billion in 2017, and is expected to continue increasing in the coming years.

Wave faces fierce competition from podcasts and ad-friendly apps, like the aforementioned Headspace. Meanwhile, the Calm app, which features premium bedtime stories narrated by celebrities like Stephen Fry and Matthew McConaughey, just hit the unicorn-status valuation of a $1 billion.

As the growing slew of meditation practice apps shows, tech is adamant about disrupting the often-expensive and intimidating activity. By offering busy, stressed folks easy access to the benefits of meditation, these startups and their investors stand to cash in on the multi-billion dollar health and wellness industry. 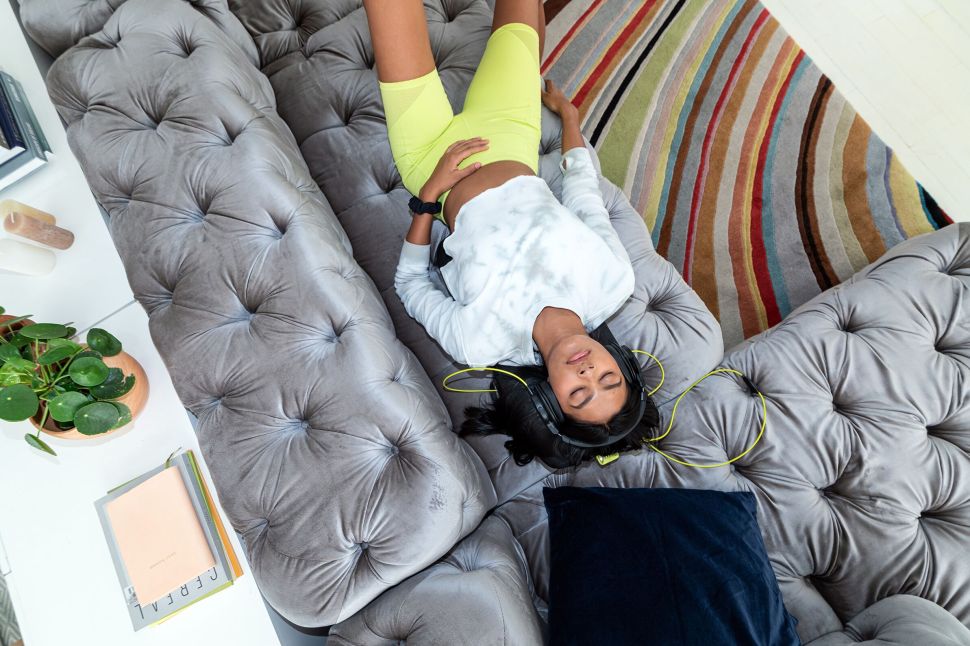