Yesterday, writers and artists Tobi Haslett, Ciarán Finlayson and Hannah Black published an essay on Artforum.com that reiterated the criticism of the museum’s association with Warren B. Kanders, vice chair of the museum board and the owner of companies like Safariland, which provides security and police enforcement groups with tools including body armor, holsters and tear gas. The essay freshly called on artists featured in the biennial to withdraw their work from the show in order to stand in solidarity with victims who’ve been harmed or killed by tear gas, which has notably been deployed at protests at Standing Rock, North Dakota and at the U.S. border against migrants attempting to cross.

On Friday, just one day later, four artists featured in the biennial formally requested that their work be removed from the current show via a collective letter which was also published on Artforum; the artists in question are Korakrit Arunanondchai, Meriem Bennani, Nicole Eisenman and Nicholas Galanin.

SEE ALSO: The Louvre Removes Sackler Name From Walls, but Won’t Say It’s Because of Protests

“We were angry when we learned of Kanders’ role as CEO of Safariland, a company that manufactures tear gas and other weapons of repression,” the letter reads. “At the time, we had already accepted your invitation to participate in the Whitney Biennial and some of us were well into fabrication of major pieces for this show. We found ourselves in a difficult position: withdraw in protest or stay and abide a conflicted conscience. We decided to participate. But the Museum’s continued failure to respond in any meaningful way to growing pressure from artists and activists has made our participation untenable. The Museum’s inertia has turned the screw, and we refuse further complicity with Kanders and his technologies of violence.”

As a major American institution, the Whitney, in Manhattan’s Meatpacking District, is one of the most scrutinized in term of its institutional practices, especially, it seems, when it comes to their storied biennial. But politics and venerable museums constructed to house artistic works must always evolve hand in hand, and this is especially true when it comes to holding the powerful figures who sit on a museum’s board accountable.

Whether the wishes of the artists will be honored and their work will be taken down remains to be seen. 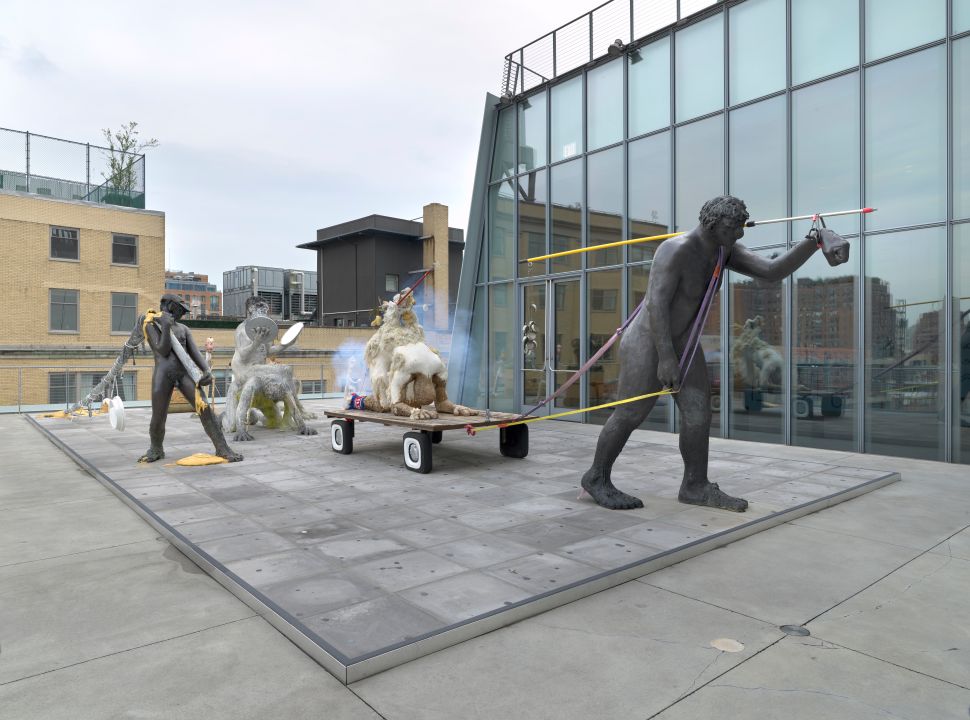