The 2019 Whitney Biennial has been contentious since before it even officially kicked off, but controversy has a way of ebbing and flowing depending upon a whole host of other factors. In May, an activist collective called Decolonize This Place organized a nonviolent protest outside of the museum in order to call for the removal of Warren B. Kanders, the owner of a company that produces and distributes body armor and tear gas to United States law enforcement, from the board of the museum. Last week, an essay published in Artforum seemingly prompted renewed interest in Kanders’ presence from artists featured in the biennial: as of this Monday, a total of eight artists have formally requested that their work be removed from the exhibition, a request that Whitney spokespeople indicate they will honor.

Early this week, a visit to the Whitney by Observer revealed that at least some of the work that artists have asked to be removed from the biennial is still in place. Of course, processes as unique as these necessarily take time to implement, but one wonders how exactly certain pieces will be replaced or how their absence will be explained: some of the art in question is quite large and complex and might take a while to de-install.

“The Whitney respects the opinions of all the artists it exhibits and stands by their right to express themselves freely,” a statement released on Friday from Whitney director Adam D. Weinberg reads. “While the Whitney is saddened by this decision, we will of course comply with the artists’ request.”

On Saturday, artists Agustina Woodgate and Eddie Arroyo announced through their gallery, Spinello Projects, that they were formally asking that their work be withdrawn from the biennial in solidarity with the four artists who had already announced that they were pulling their contributions. Woodgate’s National Times, which consists of a closed-circuit network of clocks synchronized by the power grid, takes up an entire side room of the biennial; it’s unclear how the Whitney will go about honoring her wishes.

On Monday, a group of armed NYPD officers spent a bit of time standing outside the entrance to the Whitney. When questioned, the officers indicated that they were not patrolling because of the recent dissent from the artists, or due to any notion that there might be a protest; the Whitney was simply part of their route.

A pair of students from Queens College who didn’t wish to give their names said they weren’t aware of the artists’ requests for their work to be removed. “It sounds like a shady situation, and you can understand why [the artists] would want to pull their works,” one young woman said. But she felt there was still merit in attending the show: “But I feel like there’s two sides to a lot of stories, and if you only see one side, you’re not really informed of what’s happening.”

“It’s the artist’s right to protest, I don’t have a problem with that at all,” a woman from Fort Lee, New Jersey who also asked that her name be withheld told Observer on her way out of the museum. “I understand their feelings. I, on the other hand, it wouldn’t stop me from going to a museum because I am an art lover and I feel that I get a lot from what’s being shown. But I do believe in their right to protest in any way they see fit.”

Did she think that Kanders should be removed from the museum’s trustee board? “I’m not sure. Probably, it wouldn’t be a bad thing. It would set a tone that an art museum does more than just show art.” 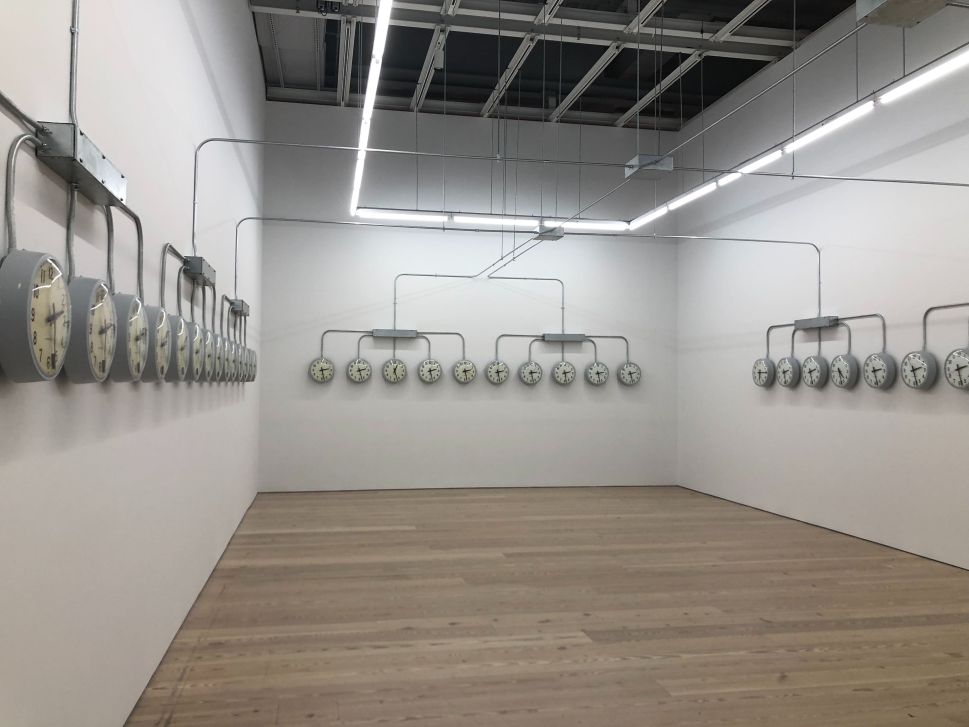