Erstwhile One Direction musician Zayn Malik is lowering his expectations in Bel Air. The singer, who is now very Madonna and goes only by “Zayn,” originally listed the Los Angeles home for sale less than a year ago, in October 2018, for a touch under $3.5 million. Alas, it appears he hasn’t received a ton of interested buyers, as he’s now discounted the single-story pad to a just under $3.2 million.

If he does net the entire current ask, he’ll net a minor profit from the $3.1 million he paid for the three-bedroom, two-bathroom residence in 2015.

There are polished concrete floors and sliding glass doors throughout, with a formal dining room and a living room with a fireplace. The updated kitchen is fitted with stainless steel appliances and white cabinetry, with white brick walls.

The home is technically three bedrooms, but Zayn currently has it configured as a two-bedroom, with what looks like a lime green office. There’s also a room he’s converted into some kind of a space-themed area, with a galaxy image on the ceiling.

There’s no pool outside, though the listing, held by Compass broker Tina L. Cameron, assures there is room for one. There is, however, an in-ground jacuzzi, as well as stucco terraced steps.

Zayn is also trying to sell his North London home for $4.6 million, per Variety. Perhaps he’s just spending more of his time in New York, where he purchased a $10.69 million penthouse last year, or in Pennsylvania, where his ex-girlfriend Gigi Hadid’s mom, Yolanda, advised him to buy a property.

Hopefully, he has better luck than his former One Direction bandmate Harry Styles when it comes to finding a buyer in Los Angeles. Styles attempted to locate someone to take his Hollywood Hills home off his hands for nearly two years, and ended up selling the sleek home at a loss. 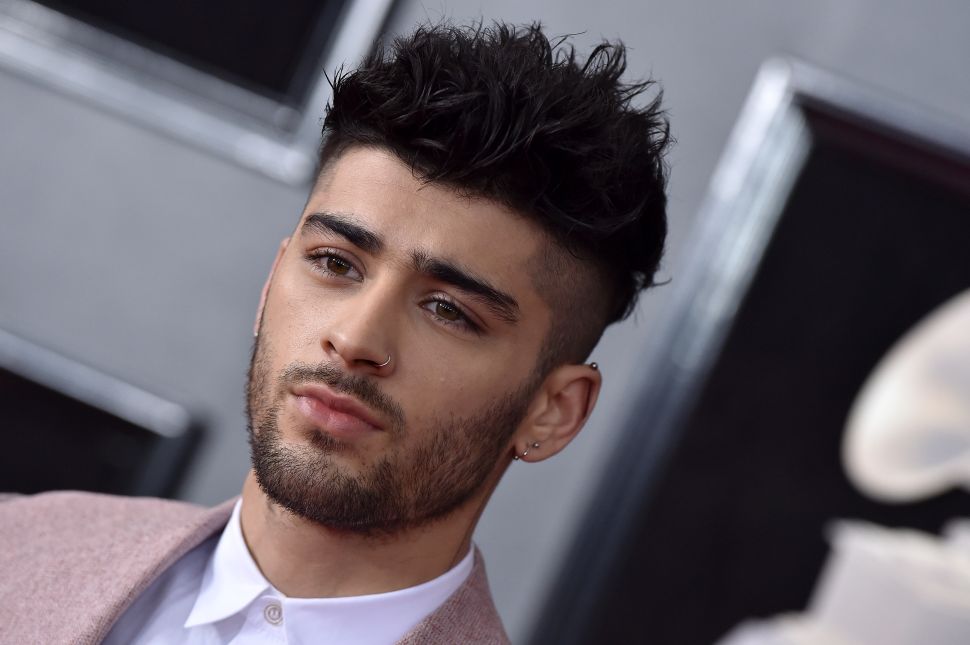