Moviemaking in the 21st century has morphed into a completely alien enterprise: sequential Marvel installments bombard us with superhero narratives, and it can sometimes be difficult to find flicks worth watching within the endless Netflix algorithm. Nevertheless, respect for cinema as an art form is deservedly alive and well, which is why the Academy of Motion Picture Arts and Sciences has been developing a museum in Los Angeles devoted to showcasing the particular beauty of the movies. Exhibitions dedicated to Japanese auteur Hayao Miyazaki, Cecil B. DeMille and The Wizard of Oz are all planned. However, Hollywood can be just as fickle as construction sites, and this project has apparently been delayed many times. Just this week, the uncompleted museum’s former director, Kerry Brougher, vacated the post that he’d held for five years.

“It has been a privilege for me to work with this board, our donors, the great Renzo Piano, and all of my colleagues who have participated in creating this unique Museum,” Brougher said in a parting statement. “We are just weeks away from completing construction of the buildings, ending the first phase of this project, and our collection has grown substantially.”

Of course, there’s a lot not being said here. If the museum is indeed “just weeks” away from completion and has been in the works since 2012, why would its director quit just before crossing the finish line of seeing the project through? The issue is more than likely due to the construction timeline and ballooning budget. The museum was reportedly first slated to open in 2017, then 2019, and now that’s been pushed back not only to 2020, but likely after awards season, which would have been an opportune time to debut it to the world. In addition, it’s blown way past its initial $250 million budget.

The building is the design of Renzo Piano, the Italian master architect who’s been supervising the execution of this 300,000-square-foot building, and has been behind many a museum expansion as well as purpose-built construction (including the Whitney Museum). So far, the enterprise has cost $388 million. Renzo Piano’s vision includes, according to expert witnesses at  Architectural Digest, “a new massive concrete sphere that suggests a modern riff on the geometric follies of 18th-century French architects Étienne-Louis Boullée and Claude-Nicolas Ledoux.” While that does sound daring and innovative, it also sounds like a huge headache for builders.

Plus, you have to wonder just how relevant a “movie museum”  will be in the coming years. There will always be cinema fans and cinema purists, of course, but getting people to travel to Los Angeles to visit a building filled with props will probably sound less and less appealing as VR and IR technology improves. With all apologies to the animatronic model shark from Jaws, that’s just the truth. 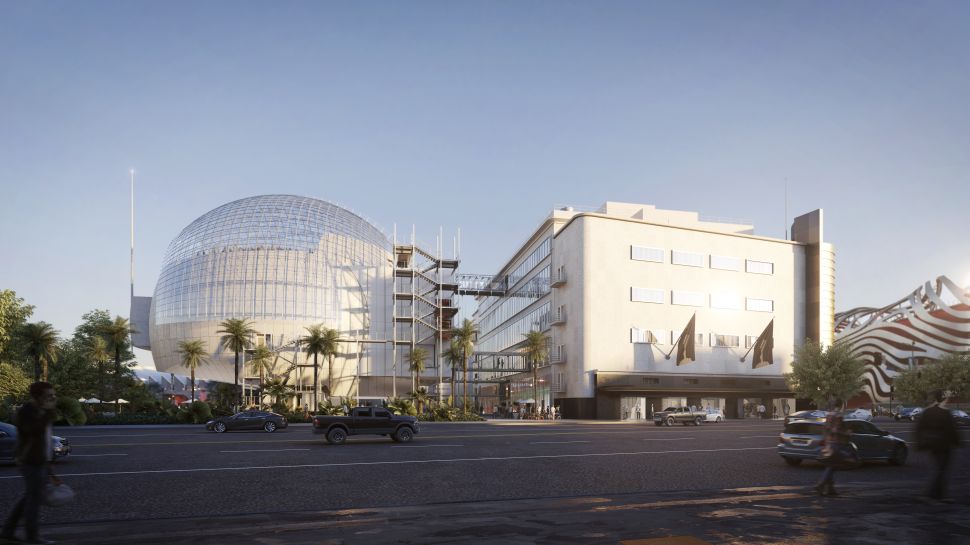