What do peppers that are genetically engineered to look like penises and blue strawberries have in common?

First, these fairyland fruits and veggies don’t exist in reality—but they do on the internet. Second, blue strawberries and penis peppers are both part of elaborate seed scams found on sites, such as Amazon, Etsy and eBay, to upset the online gardening community’s space-time continuum and con gardeners out of their seed money.

Beware, online gardening community, beware. Yes, there is a whole niche of scam artists whose sole purpose is to sell you seeds to obscure vegetation that doesn’t actually exist.

So, here’s a fun rabbit hole to venture down. Spend some time (or don’t) Googling “blue strawberries” and/or “penis peppers.”

Gullible people who also like to believe in trolls, fairies and Santa Claus have been taken in by this seed scam. Sure, this isn’t the Cambridge Analytic scandal or an 8Chan white supremacist chat room, but it trumpets the sleazy side of the internet filled with fraudsters, scammers and con artists—many of whom are now trying to grift $1.98 seed packets out of dumb people who want to believe strawberries could be blue.

Some of the listing sites have a backstory that the blue strawberries were created by Japanese scientists who spliced it together with a fish gene:

They’re doing it by artificial transfer of genes from a species of fish called the Arctic Flounder Fish. The Arctic Flounder Fish produces an anti-freeze that allows it to protect himself in freezing waters. They isolated the gene that produces this anti-freeze and introduced it to the strawberry. The result is a strawberry that looks blue and doesn’t turn to mush or degrade after being placed in the freezer. While they’re not in production, research is ongoing. Would you eat blue strawberries?

-Germination rate and time: over 80%, 15-20 days.
-A new variety of strawberries. It tastes very sweet and rich in vitamin C.
-They can be grown as a pot plant on a window or balcony, or used as decoration in the garden paths.

And the strawberries shown in the photos are not just blue—but the bluest, most ridiculous blue you’ve ever seen, a blue that could possibly glow in the dark. This blue strawberry seed pages shows an image that to the trained/untrained eye clearly looks like it was manipulated in Photoshop with the “Replace Color” tool.

Need a dumb video to illustrate this point? Here you go:

These seed scam pages on Amazon are worth reading for the reviews alone. Spoiler Alert: They’re largely one star reviews.

Amazon lists Hudson Blue Strawberry Seeds that sell for a pricey $5.98 a pack.

Great story if it ends there, but there’s more…

The page shows nothing but a list of disgruntled one star reviews that reveal what happens when the scam seeds arrive. These shoppers do actually seem to receive seeds, but it pretty much ends there. Just take a peek at some of the comments.

On the penis pepper front, one reviewer posted on the listing page for Mr.seeds Penis Chili Red Hot Peter Pepper that she waited months for her penis peppers to grow but sadly only harvested regular-looking (“not even spicy”) peppers in the end, leaving her unable to surprise family members with a fresh crop of phallic-shaped peppers. Bummer.

OK, so some dumb people fell for something that sounded dumb in the first place. But according to Mashable, the potential dangers of planting seeds of unknown origin could include “inviting invasive species, pests and residual chemicals into your garden.” And the consequences can be lasting. “If the seeds were grown using herbicides, [the herbicides] can last in soil for up to three years,” organic gardener and founder of MIGardener Luke Marion explained to the outlet.

So why do these major marketplace sites sell seeds that have been proven to be fake? Another one star review begs: Why would Amazon keep this on their site?!

Amazon trumpets that the seller is responsible for ensuring seed shipments are compliant with USDA regulations, thus passing the buck on legal responsibility in case of misrepresentation. The e-commerce giant does require that shipments contain “the name of the state, country or territory where the contents were grown” as well as “a statement of the contents.”

So, let’s face it, the internet is full of scammers, frauds and con artists, and they are willing to drain your bank account… one fake blue strawberry seed at a time. 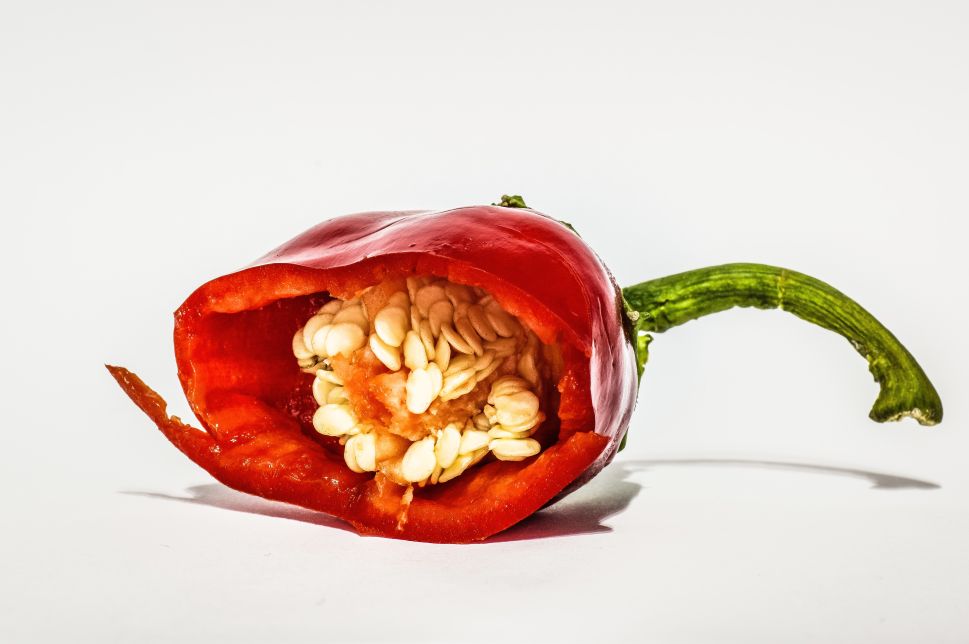