HBO had Game of Thrones and is now planning a host of potential blockbuster replacements. Netflix has Stranger Things and the highly-anticipated The Witcher on the horizon. Hulu has The Handmaid’s Tale, the first streaming series to ever win the Best Drama award at the Emmys. Even AMC has The Walking Dead universe.

Amazon may have critically acclaimed successes such as Transparent and The Marvelous Mrs. Maisel, but the streaming service lacks a true mainstream Goliath that demands the attention of the masses. That explains why the deep-pocketed company is aggressively investing into its ambitious small screen adaptation of The Lord of the Rings.

Unfortunately, the show is being shrouded in mystery—Amazon is literally locking writers in a room—so we’ve compiled absolutely everything we know about the upcoming series.

Amazon’s Lord of the Rings Cast

Australian actress Markella Kavenagh has been cast in Amazon’s Lord of the Rings series, according to The Hollywood Reporter. She is the first and only known cast member reported, though Amazon has not publicly confirmed her involvement. She will be playing a character named Tyra, per the outlet.

In 2017, Ian McKellen, who played Gandalf in the big screen LOTR and Hobbit trilogies, expressed interest in reprising his role. While appearing on Graham Norton’s Radio 2 show, he was asked how he felt about a new Gandalf possibly being cast. “What do you mean, another Gandalf?” he replied. “I haven’t said yes because I haven’t been asked. But are you suggesting that someone else is going to play it? Gandalf is over 7,000 years old, so I’m not too old [yet].”

Fellow cast member Andy Serkis, who played Gollum, did not share McKellen’s enthusiasm. “I don’t know if I’d want to go back into The Lord of the Rings realm,” Serkis, who will soon be directing Venom 2, said. “I feel like I’ve spent a large chunk of my life doing that. I’ll say good luck and I think fresh eyes are probably a good thing.”

Orlando Bloom, who played Legolas, believes he’s too old to reprise his role. “I feel like I’ve done everything [I can.] I like to think of myself as ageless, but I don’t know where I’d fit,” he said at the Television Critics Association summer press tour last month.

Budget for the Epic Fantasy Series

Per THR, Amazon paid a whopping $250 million in 2017 just for the rights to Lord of the Rings in a deal with the Tolkien Estate, publisher HarperCollins and New Line. For perspective, the final season of Game of Thrones cost upwards of $90 million alone. What really sealed the deal for Amazon winning the bidding war was the investment it was willing to make into the actual show.

The tech giant will reportedly drop $1 billion to cover production costs for the duration of the series, making Lord of the Rings the most expensive endeavor in television history.

“This is a unique opportunity to tell new stories in a magical world that is a global phenomenon,” former Amazon head of scripted programming Sharon Tal Yguado said at the time of the announcement. “As we build our diverse portfolio of programming, we are making some of our big bets on tentpole series.”

Lord of the Rings Release Date

Amazon Studios head Jennifer Salke revealed last week that the creative team (more on that below) has been “working for months” on the show’s first season as a global casting search continues, per THR. She noted that production will begin in 2020, which leads us to believe the show will likely debut sometime in 2021. Sorry for the wait.

One reason why Amazon is investing $1 billion into Lord of the Rings is because it committed to five seasons and a potential spinoff as part of the deal. That’s an unprecedented commitment in an era in which streaming’s habit of doling out full-season orders sight unseen is still viewed as ambitious.

Speaking of ambition, most streaming series and blockbuster cable TV shows generally hover between eight to 13 episodes. But Lord of the Rings is somehow aiming for a broadcast-level output of 20 episodes per season, according to British literature scholar Tom Shippey, who serves on Amazon’s creative team.

“Logically, you try to bundle all the scenes that take place in one location and film them so that you have it done and don’t have to return to that place several times,” he said in an interview with German Tolkien fansite Deutsche Tolkien. “But this also implies that everything has to be clear at the start of filming, you have to know the end. There’s supposed to be 20 episodes for the first season. So until they’ve decided what the end is going to be, they can’t start filming.”

Amazon has not publicly confirmed an episode count for season 1.

Amazon’s Lord of the Rings Plot

Ever since the announcement was first made, fans have scoured the ends of Middle-earth to try and discover what the show will cover. Earlier this year, Amazon finally revealed that it will take place during the Age of Númenor, or the Second Age. This comprises the 3,400-plus years before the events of The Fellowship of the Ring.

Welcome to the Second Age: https://t.co/Tamd0oRgTw

The Second Age saw the rise of LOTR‘s Sauron and the creation of his Rings of Power. Given the time period, it is unlikely that many original cast members from the films will be able to reprise their roles. However, early rumors suggested that Aragorn’s past might play a role in the story, and some have theorized that the saga could detail the fall of his royal family.

Creative Team Behind Amazon’s Lord of the Rings

“This team is our Fellowship—assembled from around the world, all walking the road together to try and accomplish something far greater than any of us could on our own. We feel humbled and extremely lucky to be surrounded by such inspiring and talented women and men,” McKay and Payne said in a joint statement at TCA.

“As our journey into Middle-earth begins, we are in excellent hands with J.D. and Patrick at the helm, with this incredible team of talent that they’ve assembled,” Salke said. “The depth and breadth of the experience of this writing and production team is truly awesome, with a real respect for and knowledge of Tolkien lore. We’re so happy to have them on board and to see this exciting series start to come to life.”

Will Peter Jackson Be Involved?

Lord of the Rings and The Hobbit filmmaker Peter Jackson ushered in a new era of franchise capabilities with the success of his two Tolkien-based movie series. Fans of the source material regard him in the same way that original trilogy Star Wars lovers consider George Lucas. As such, his potential involvement in Amazon’s undertaking has been the source of much speculation.

As of 2018, it didn’t look as if he would be part of the process. Jackson himself said that “there is nothing happening with me on this project… I’m not involved [with the] Lord of the Rings series, but I’m OK with it, I have plenty other projects that keep me busy.” Amazon did not list him among the contributors when they revealed the show’s full creative team at TCA.

However, that doesn’t mean he isn’t available if he’s ever needed. In December, he told the UK newspaper Metro: “I don’t have thoughts on [the show] because I haven’t seen [anything]. I think they’re going to send us some scripts to see if we can help them along. I wish them all the best, and if we can help them, we certainly will try. It’s a big task.” 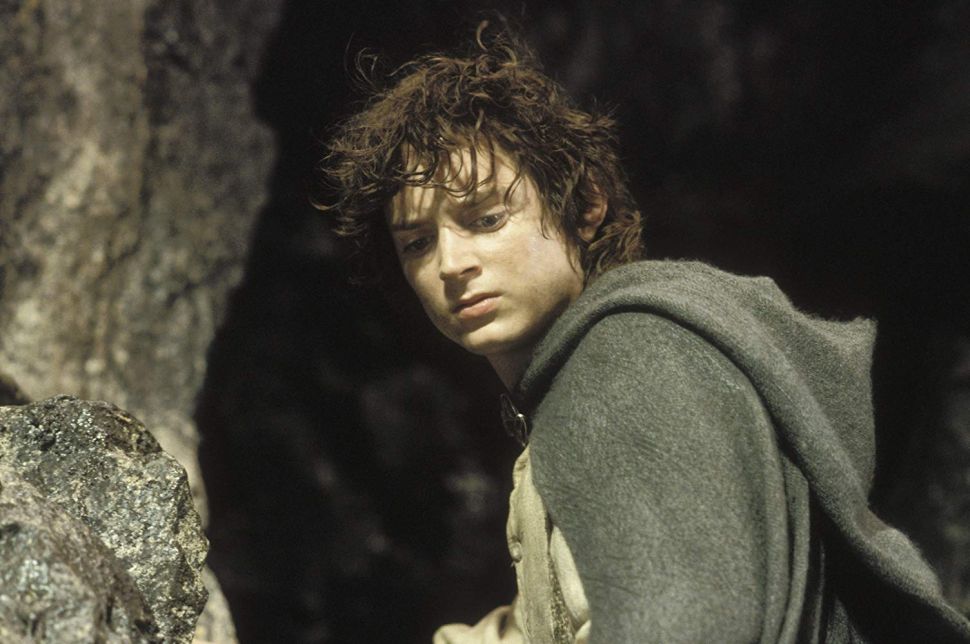