Bernard Arnault, the world’s second richest person and the owner of French luxury conglomerate LVMH, is once again quick to offer help when our planet is on fire.

After committing €200 million ($224 million) toward the restoration of the Notre Dame Cathedral in Paris in April, the French billionaire announced on Tuesday that his company would donate $11 million to help fight the wildfire that’s currently scourging the Amazon rainforest.

LVMH’s donation was part of a collective effort formed by French President Emmanuel Macron during the G7 summit in France on Monday to tackle the Amazon wildfire. At the conference, Macron pledged a $22 million aid package from leaders of G7 countries.

“Protecting the environment is not just about words and speeches or signing declarations of principle, it also requires taking concrete collective actions when dangers arise in order to provide resources for local specialists and work together to save our planet,” Yann Arthus-Bertrand, a director at LVMH, said in the announcement late Monday.

Yet, how much of Arnault’s donation will actually materialize remains questionable.

For one thing, the countries most affected by the Amazon wildfire don’t seem to welcome French money. Following Macron’s aid package announcement, Brazilian President Jair Bolsonaro said his government would not accept the funding and accused the French president of treating Brazil like a “colony.” Bolsonaro later said he might change his mind if Macron apologizes. But a government spokesperson confirmed to CNN on Tuesday that Brazil would indeed reject France’s aid.

Also, the Arnault family is known for being particular about how their charity money is spent.

Last month, Observer reported that LVMH and other big donors contributing to the Notre Dame reconstruction effort were reluctant to release their committed funds because they wanted to see their money spent on actual restoration projects, not preparatory work, such as debris cleanup.

By the end of June, the Arnault family had released only €10 million ($11.2 million) out of their €200 million Notre Dame pledge, according to the Notre Dame Foundation, one of the four nonprofit organizations responsible for collecting money from big donors. The foundation hasn’t responded to Observer’s inquiry on the latest status of the restoration fund.

LVMH owns 70 high-end luxury brands, including Louis Vuitton, Christian Dior and Moët & Chandon champagne. Thanks to the company’s booming business this year, Arnault’s net worth soared past the $100 billion mark in June to the join the “centibillionaire” club with Jeff Bezos and Bill Gates.

A month later, Arnault’s net worth surpassed that of Gates, making him the world’s second richest person only after Bezos. 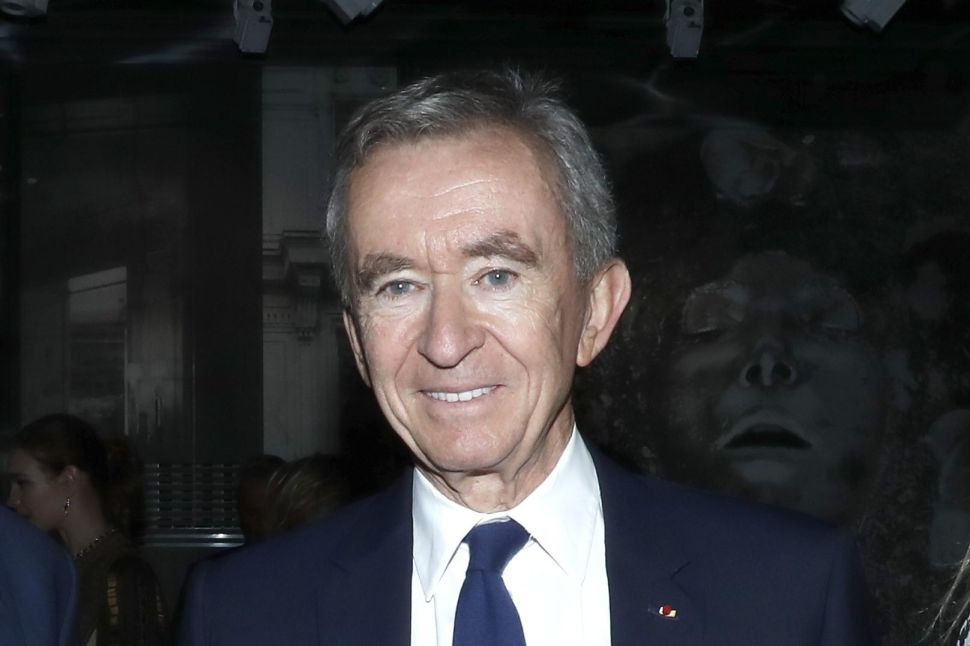