The annual celebration inspired the folks behind DankGeek CBD to track conversation surrounding CBD and its rising popularity. The survey resulted in the heat map above based on geotagged data pulled from Twitter during the past month, which tracked tweets about CBD usage. With over 165,000 tweets tracked, the U.S. map showed some interesting data when it comes to the CBD discussion.

Overall CBD use, according to the tweets collected, seems to be more popular in the western portion of the country. But as usual, Florida found itself at the center of the national stage, this time as having the most tweets about cannabidiol usage. According to the DankGeek data, Florida accounted or 19% of the total CBD-focused interactions on Twitter over the past four weeks.

After Florida, the states with the most CBD-related tweets were as follows:

The national snapshot is yet another example of the ongoing CBD craze. In fact, recent online search data found that the hemp extract has surpassed other major buzzwords in popularity, including topics like Beyoncé and kale. Interest in CBD is expected to continue growing over the next decade, with the market set to reach $20 billion by 2424. 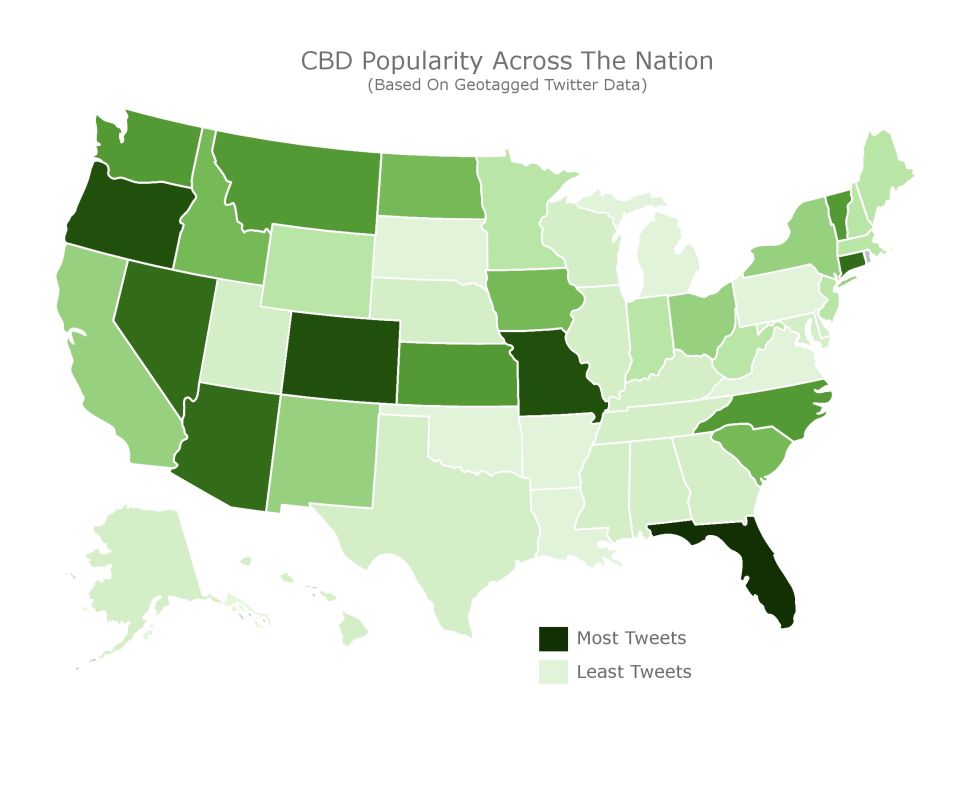