Timing is everything. On Monday, we explored how we would handle the missing details surrounding Apple’s forthcoming streaming service, Apple TV+, including the still unknown cost and launch date of the platform. Today, we may have been given an answer on the former.

Apple is reportedly “weighing” a $9.99 per month cost following a free trial, Bloomberg reports. Given the disparity in library size between Apple, which will house exclusive originals and little to no licensed back catalogs of content, and its well stocked streaming competition, this seems high on a relative value proposition. For reference, Disney plans to launch Disney+ at $6.99 per month; the ad-supported version of Hulu costs $5.99 per month, while the ad-free version runs at $11.99 per month; Amazon Prime costs $12.99 per month; and Netflix’s standard plan (it’s most popular tier) is $12.99 per month. At Apple’s current price point, its hit rate of success for quality content is going to have to be very high.

Casting further doubt on that cost is the number of originals that may or may not be available at launch. According to The New York Times, “As of March, five reportedly had finished shooting.” Apple has lined up a star-studded roster of exclusives, but remains a complete unknown in the content development area. Dating back to 2017, there have been multiple reports that Apple TV+ is aiming for “broad appeal” without any nudity, raw language, violence or potentially controversial content. Those elements aren’t necessary to create quality programming, but the active steps to avoid them speaks volumes.

The Financial Times reported on Tuesday that Apple has committed $6 billion for original shows and movies after an initial first-year budget of at least $1 billion was originally reported in 2017. Disney+ will similarly invest around $1 billion into content within its first year with that number expected to rise to about $2.5 billion by 2024. Industry analysts project Disney+ to attract around 30 million subscribers by that time. WarnerMedia’s HBO Max is eyeing 50 million subscribers within five years and 70 million overall.

Per Bloomberg, “Analysts have suggested Apple TV+ could top 100 million subscribers in the next half-decade, which would make it a major challenger to Netflix and Amazon.” Apple boast the greatest potential market penetration with 1.4 billion active devices worldwide. The service is said to be launching sometime in the fall (September to November). 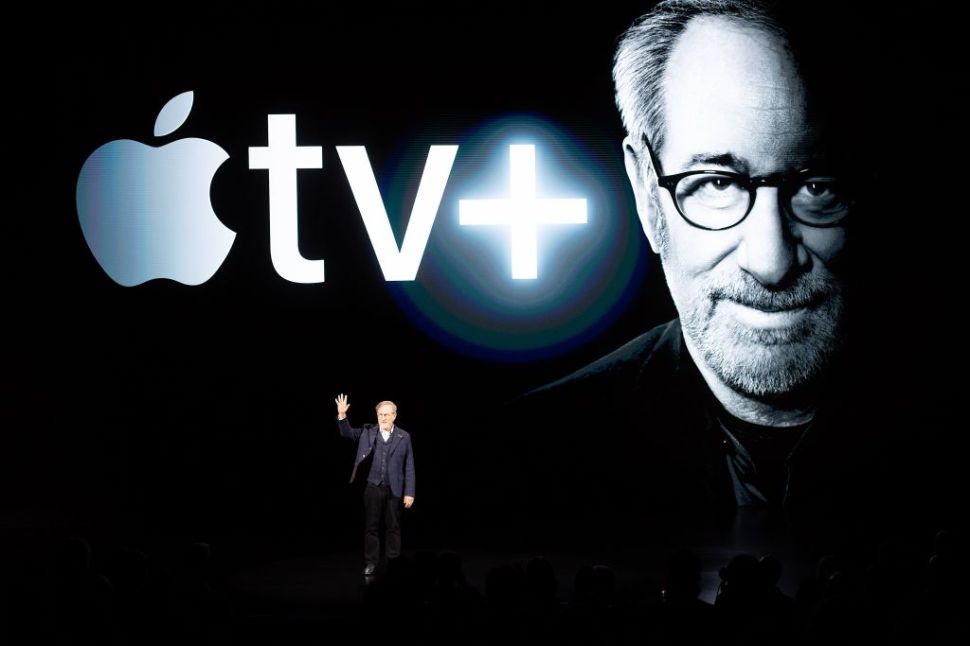