In March, Apple provided the most in-depth look into its upcoming streaming service, Apple TV+, to date and yet still managed to confound eager spectators more than enlighten.

What we do know is that it will be made available through the Apple TV app and accessible through all Apple devices. It will be an ad-free service with on-demand access available both online and off. Unlike its forthcoming competitor Disney+, Apple’s streamer will be available globally at launch and add new exclusive originals every month. Programming heads Jamie Erlicht and Zack Van Amburg (formerly of Sony TV) will oversee the service’s original content creation, which includes a star-studded lineup of creators and stars.

But what about price—how much should consumers expect to pay for such a service? And how about its launch date? Apple has vaguely held to a nebulous fall release without providing any specifics.

If we were installed as Hollywood Czar tomorrow, here’s what we’d do to fill in the missing gaps of Apple TV+.

Apple wants to compete for Academy Awards and take big swings with proven talent—but it wants to do it all on its own terms. The service will reportedly focus primarily on original content with little desire for licensed programming. This seems to align with recent comments from Apple’s senior vice president of internet software and services, Eddy Cue, in which he downplayed the importance of volume in the streaming wars.

While a lack of library content puts Apple TV+ at a disadvantage compared to Netflix, Amazon and Hulu, it does save the service a bundle of money. Friends ($425 million), The Office ($500 million), Two and a Half Men ($500 million) and The Big Bang Theory ($1 billion) are all fetching enormous prices on the open market, and Seinfeld is soon to join them. By sitting out of the fray, Apple can channel its $1 billion-plus content budget into originals. And since Apple is the most valuable company in all of media and entertainment with a primary focus on product sales, Apple TV+ will not be expected to return huge profits immediately. This all gives the service potential pricing power.

BTIG analyst Rich Greenfield believes Apple could provide its service for free to existing Apple customers across its 1.4 billion active devices (with several catches). More realistically, Apple TV+ will cost something. Given the disparity in library size and the unparalleled capital at Apple’s disposal, why not undercut Disney+ ($6.99) with a $5 monthly fee to start? It’s not like Apple needs the money.

Apple TV+ will be available starting in fall 2019 (September through November) on smart TVs, MacOS and iOS. Disney+ has already claimed a November 12 rollout. We humbly suggest pushing the launch date back closer to Christmas.

Sure, this gives Apple TV+ less of a window before WarnerMedia’s HBO Max launches in spring 2020, while also giving Disney+ more room to operate post-launch; however, Apple is a consumer products-driven company with decades of experience taking advantage of the holiday season. After slashing its fiscal first quarter 2019 earnings in January following declining sales, Apple could use an ace in the hole for December’s prime spending window. What better gift than its sexy new streaming service?

Delaying the launch date to Christmas also holds the added benefit of accumulating more finished product. Apple TV+ needs to launch with a full compliment of content and, reportedly, just five shows have completed filming as of this writing. With its film division still getting off the ground, wouldn’t it be beneficial to all to give Apple TV+ a bit more time to get its release date portfolio in order? 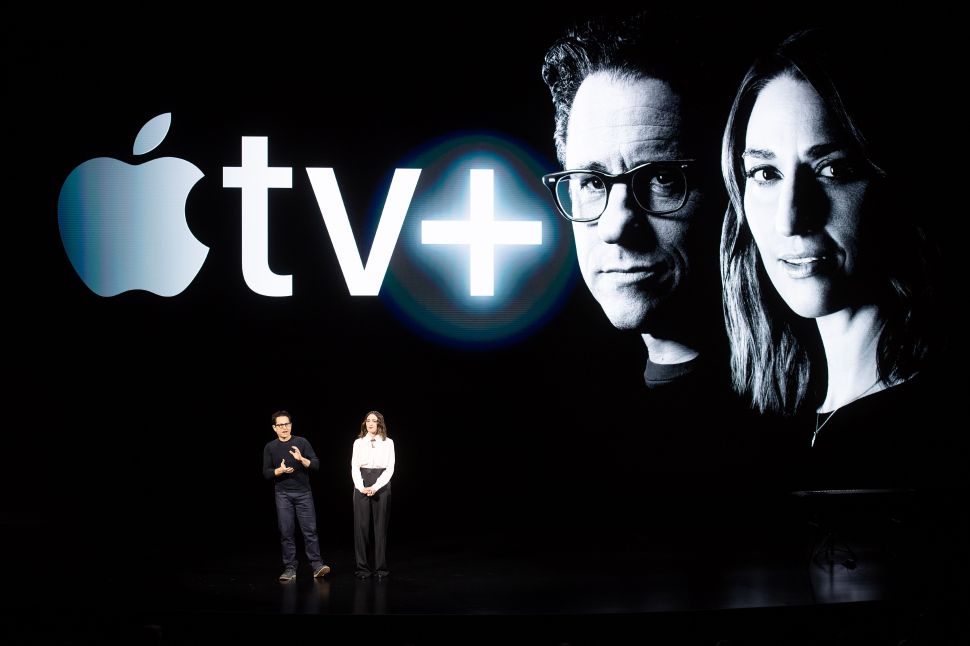