On Wednesday, rumbling theories about an impending slowdown in the global economy were exacerbated by the news that the Dow has dropped by more than 600 points, an extra-troubling development when paired with the fact that yields on 10-year U.S. Treasury bonds have slipped below the two-year bond yield for the first time since 2007. These conditions are almost exactly the same as the ones that preceded the Great Recession of 2008, so it makes sense that with the added factor of the United States and China currently butting heads in a bitter trade war, investors and traders are anxious about the immediate future. This is all potentially troubling news for the contemporary art market, which is currently enjoying a years-long streak of extravagant, multi-million-dollar auction profits and gleeful acquisitions.

Perhaps subconsciously anticipating trouble, the art world in 2019 exudes a raucous, anything-goes attitude. In May, Mnuchin Gallery shelled out $91.1 million for a 1986 Rabbit sculpture by Jeff Koons while a painting of SpongeBob SquarePants by KAWS sold for an eyebrow-raising $6 million. In an effort to compete with museums and prestigious auction houses, mega-galleries like Gagosian and David Zwirner are investing in flashy renovations in Chelsea to offer potential customers more of a “full-service visitor experience.” As for the auction houses themselves, Sotheby’s is on the cusp of being sold to billionaire telecom tycoon Patrick Drahi, and specialized offerings like rare sneakers are being eagerly snapped up by quirky ex-CEOs with deep pockets.

So what exactly could happen were a new recession to hit? Well, in the midst of the last crash, Sotheby’s stock dropped 83 percent between 2007 and 2008, the Dow plunged another 700 points and auction houses in general had a lot of trouble selling their offerings. During this period of uncertainty, dealers abandoned the custom of wait-listing their clients and focused their attention on hawking work that didn’t acquire additional, exorbitant shipping and installation costs: practical stuff.

However, the last decade has proven that even a devastating economic downturn can’t quell the surprisingly resilient art market for long. If a low period indeed unfolds within the next couple of months, collectors will most likely retain what they already have and wait out gullies before considering selling again. Similarly, Christie’s and company probably won’t be trotting out huge, flashy lots of 20th century Nikes; rather, they’ll be proffering more modest handfuls of big-ticket items at a time.

“As market volatility picks up I would expect auction houses to focus more on private sales and be more discerning in what they offer publicly,” said Dan Desmond, a financial advisor with the Blue Rider Group at Morgan Stanley. The art market in 2019 feels like a caution-free atmosphere, and that climate has the potential to become more modest. But in terms of the art market overall, that’s not going anywhere anytime soon. 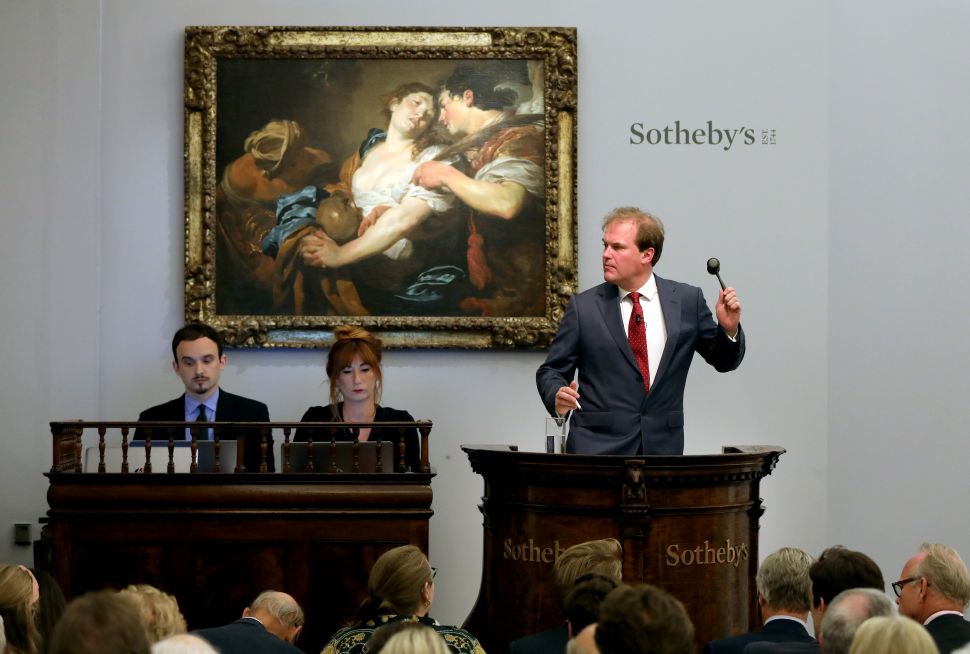