The idea of the “sharing economy” has been a buzzword for over ten years. An economic model that relies on peer-to-peer activity, it changed the way we raise funds (Kickstarter), handle accommodation rentals (Airbnb), get rides (Uber, Lyft, Zipcar), source goods (eBay, Craigslist), find or farm out odd jobs (TaskRabbit) and so much more.

Recently, the sharing economy concept has been on the radar of the art world, mainly within the digital arts sector, prompted by the rising popularity of online platforms using blockchain to record provenance, as well as online marketplaces allowing artists to sell directly to collectors. As this area continues to develop, it’s worth taking a look at the models that are already working within the art market and explore where we can see this evolving.

One could claim that the sharing economy is not a new concept for the digital arts: new media artists are accustomed to sharing their work online and also providing code for common use within open source communities and forums. Recently though, the market has introduced new business models allowing artists to monetize their digital pieces and trade limited editions of digital works on blockchain-powered online marketplaces.

There’s more to be expanded upon. Let’s take video art as an example. The extreme popularity of streaming services, such as Netflix and Hulu, shows market opportunity and interest for a service that offers choice and flexibility over outright ownership.

An art world streaming model would leave room for partakers to discover more pieces while simultaneously supporting a wider pool of artists. Within this strategy or its alternatives, there is a possibility to create an Airbnb of sorts, where artists retain ownership of the work, leasing or licensing timed viewings of the piece. Companies such as Noow, BlackDove and others have been some of the first projects to bring this model to the art market.

.ART, the online domain service for the art world, has recently launched an initiative called Digital Twin. It aims to digitize pieces of cultural heritage, while also working towards creating its own sharing economy via an art streaming and crowdfunding service. “With the help of Digital Twin, we will be able to stream, share and subscribe to art just like we already do with music” Ulvi Kasimov, founder of .ART explained to us. The company is focused on protecting intellectual property rights and ensuring royalties for artists while increasing the size of the digital art market.

Snark Art, an art production platform that uses blockchain as a creative medium, provides another great example of using sharing economy concepts innovatively. One such project resulted in flipping the traditional form of editioned works and fractional ownership on its head. Instead of buyers owning editioned individual reproductions of a set number of works, Snark Art has quite literally divided a single work by Eve Sussman, 89 Seconds Atomized, into thousands of separate “atoms” that can be owned, traded and shown together or separately. It’s created a shared interest, in one group, in one work.

Other opportunities coincide with the developments of VR technology. The Louvre recently announced a collaboration with Vive Arts to provide an in-depth viewing experience of the Mona Lisa using VR. Digitizing the Mona Lisa transforms the way the work is seen and enables the Louvre to broaden their offering to a wider audience.

Technology also brings a way to share previously inaccessible works in private collections to the wider public. One of the trailblazers in this field is the Kremer Museum. A new initiative from the Kremer Collection, it uses the newest VR technology from Vive Arts to showcase their world-class holdings of Old Master paintings. “As a private collection, we do not own a space where we can show our works like a gallery or museum,” said Joël Kremer, director of the Kremer Collection. “By going digital we can have a far bigger impact and reach, and we are already seeing that.”

So who is the driving force behind this evolving area of the art market? If we look into the next generation of art consumers, a quick google search on “millennials” and “experiences” shows clearly that the young professional generation desires spending money ephemeral moments over “stuff.” “I think we are seeing some early signs that art consumption is shifting away from physical ownership, as we saw with books and music, and toward the experiential, ushered in by the digital” wrote Jason Bailey, founder of Artnome, in a piece posted on his site earlier this year.

Businesses built on sharing economy concepts often provide unique ways to interact with art based on engagement rather than ownership. In a world where the masses are veering more towards investments in experiences, and where digital artists seek to use technology to find alternative modes of creativity, interaction and income, it’s fair to say we’re on the cusp of an exciting evolution in the economy of art consumption. 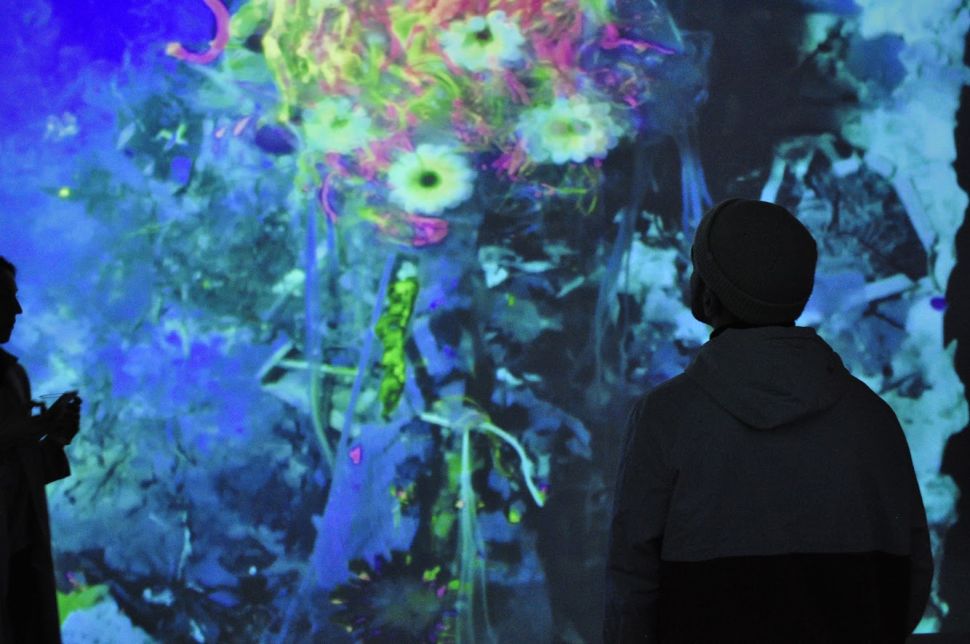