Mahesh Rao’s upcoming novel, Polite Society, out on August 20, takes a deep dive into a society that is anything but what the title suggests.

Rao’s protagonist, Ania Khurana, is rich, beautiful, bored and everything that comes with it. Like most 25-year-olds, she feels trapped in her surroundings, but unlike most 25-year-olds, her surroundings include a mansion in the billionaire enclave of Prithviraj Road, weekend getaways to Paris fashion shows and regular social ribbing with the who’s who of Delhi high society. Basking in the glory of recently making a love match for her spinster aunt, Renu, she’s now hell bent on finding the perfect man for her friend (see: pet project), Dimple. All of this while putting up with her health freak of a father, keeping a cautious eye out for her family friend Dev’s love life and writing her own novel. Seems familiar? Ania Khurana is New Delhi’s response to Emma Woodhouse.

SEE ALSO: Lauren Mechling on Why Her Novel About Friendship Had to Feel Like ‘A Gut Punch’

Although Rao doesn’t hide the fact that his book is an adaptation of Jane Austen’s Emma, it’s the way he tells the story of life on Prithviraj Road that makes it such a compelling read. With the changing third person narrative structure, you don’t just get a close look into the psyche of each character, you also see the image they are projecting to the rest of the world. And, as we soon realize, image means everything in Delhi. Take the case of Fahim, the high profile journalist who Ania desperately wants to set up with Dimple. When we hear Ania describe him, an image is formed of a charming, confident young journalist who’s built his reputation on breaking big news stories. But, a couple of chapters later when the narration spotlight falls on Fahim, we find that in reality, he’s actually a highly insecure and insincere individual and something of a fraud who has climbed the social ladder on an elaborate set of lies. This is only one example of the recurring theme of dual personas in Polite Society.

Each character in the book has his/her share of secrets that only the reader is privy too. So, as a reader, you find yourself becoming gradually more distrustful of the community portrayed, but on the other hand, that anticipation of finding the next secret or an old one being unveiled keeps you engrossed.

Polite Society is Mahesh Rao’s second novel, after The Smoke is Rising, which was released in 2014. This will be his American debut. In the press release for the book, Rao said he had initially planned on initially retelling The Way We Live Now by Anthony Trollope, but later came to the realization that Emma was perfect for the “light and shade that I wanted to bring to my own novel.”

Rao’s stylistic choice in portraying the lives of the rich is particularly commendable. He doesn’t waste his words on the mansions, cars and designer outfits, but rather portrays the grandiose through the people that own them and their problems, deliberations and actions. A clear example of this seen in Ania’s predicament when she undertakes the seemingly simple task of putting together a guest list for a party:

“There were questions of future utility to be balanced with the danger of current solecism. Favors sometimes had to be returned, but in the correct measure and on the appropriate occasion. Acts of censure were necessary and inevitable. The creation of a guest list was not dissimilar to the use of valves and gauges to control the addition of a precious liquid into an experiment of great complexity. A crucial equilibrium has to be maintained at all times.”

The book sucks you into the mystifying world of the Delhi elite, and the more you unwrap, the more you layers you find. Kevin Kwan, author of Crazy Rich Asians, spoke of the captivating nature of Rao’s story and how it makes a reader want to spend their whole life with the book. Some critics have drawn comparisons with Kwan’s work, suggesting Rao’s latest efforts could have easily been titled Crazy Rich Indians. But where the two particularly diverge is in their endings. Without giving anything away, Polite Society choses more of a “turned a corner” than an “into the sunset” type of conclusion, which seems fitting considering how the preceding narrative is structured.

The conspiratorial nature of the book certainly does allow readers to get up close and personal with the characters, but a level of detachment still exists with them. When you find out that Ania’s mother died in car accident, the curiosity over the circumstances of her death overpowers any sympathy you might feel for her. Or when Dimple finally finds the man of her dreams, you find yourself feeling more eager to see how she’ll tell Ania about it than to feel happy for her.

As has been the case with numerous books published by Indian authors, Polite Society too, seems to lend itself towards the screen and at times does seem more like a screenplay than a novel. So, it’s not entirely surprising to hear that Tomorrow Studios, Marty Adelstein’s joint venture with ITV Studios, has already bought the rights to adapt it into a show.

Polite Society may be many things, a page-turner being the most prominent of them. The book makes for perfect subway reading. It’s the type of story you’ll finish in a couple of days, but that maybe won’t linger a week later. It is a guilty pleasure; consume it as such. 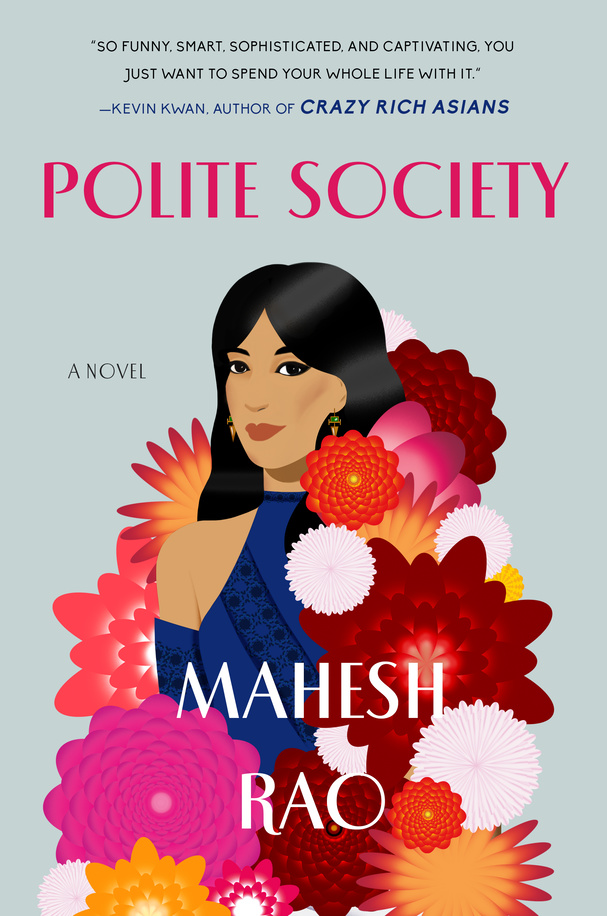