With museums increasingly under the spotlight to reflect a more diversified canon and the 100th anniversary of women’s suffrage quickly approaching, the Baltimore Museum of Art issued a powerful statement last week announcing a year’s worth of exhibitions dedicated solely to female-identifying artists. Titled “2020 Vision,” the initiative will encompass 13 solo exhibitions and seven thematic exhibitions dedicated to the often-overlooked accomplishments of women in the Western canon.

“2020 Vision” will kick off in the fall of 2019 with “By Their Creative Force: American Women Modernists,” an exhibition highlighting how female artists have contributed to the major art movements of the 20th Century, from Cubism to Abstract Expressionism. Then, in Late November, Mickalene Thomas will unveil a large-scale installation transforming the museum’s brand-new East Lobby into one of her signature living rooms, and, in December, “Adorned: African Women and the Art of Identity” will examine how African women shaped and maintained social identities in the 20th Century through objects fashioned from clay, cloth, and beads. Other highlights include an exploration of Candice Breitz’s socio-political video works and the previously announced Joan Mitchell retrospective, “Fierce Beauty,” in September.

The initiative is part of the museum’s ongoing commitment to remedying race and gender gaps within the Western canon and reflects the widespread change sweeping through museums across the country. In the spring of 2018, the Baltimore Museum joined the San Francisco Museum of Modern Art and the Art Gallery of Ontario in the list of institutions deaccessioning works to diversify their collections when it sold pieces by Rauschenberg, Warhol and Kline to fund the acquisition of works by women and artists of color like Meleko Mokgosi and Melvin Edwards.

“2020 Vision” builds on the BMA’s efforts over the last several years to expand its presentations of women artists, a collection that now includes over 3,800 works by artists from Carrie Mae Weems to Wangechi Mutu. Every gallery in the museum’s Contemporary Wing will be in alignment with the yearlong initiative, including a newly commissioned work by Katharine Grosse and solo exhibitions of works by Ana Mendieta, Tschabalala Self, and Sharon Lockhart.

“The goal of this effort is to rebalance the scales and acknowledge the ways in which women’s contributions still do not receive the scholarly examination, dialogue and public acclaim that they deserve,” said Christopher Bedford, the museum’s Dorothy Wagner Wallis Director, in a statement. “This vision and goal are especially appropriate given the central role women have played in shaping the museum throughout its history.”

Bedford, who was elected as the museum’s director in 2016, has made diversifying the museum’s collection and increasing its civic engagement a priority over the past several years through initiatives like the instatement of a partnership with Greenmount West Community Center and the creation of a satellite program in a marketplace in a predominantly African American neighborhood near the museum. With “2020 Vision,” the BMA will host a series of workshops and public programs aimed at fostering dialogue on women’s contributions to art history.

The BMA, which has a history of risk-taking, also made headlines last month with the announcement of plans to open a Henri Matisse art center. A large part of the works in its Matisse collection, which is now believed to be the widest and most comprehensive in the world, were acquired from the Cone sisters when his reputation was still controversial at the bequest of former BMA director, Adelyn Breeskin.

The legacy of Breeskin and other pioneering women who helped shape the museum will be celebrated as part of “2020 Vision” with some of their key acquisitions, a testament to the museum’s commitment to showing the impact of women in all fields of art history. 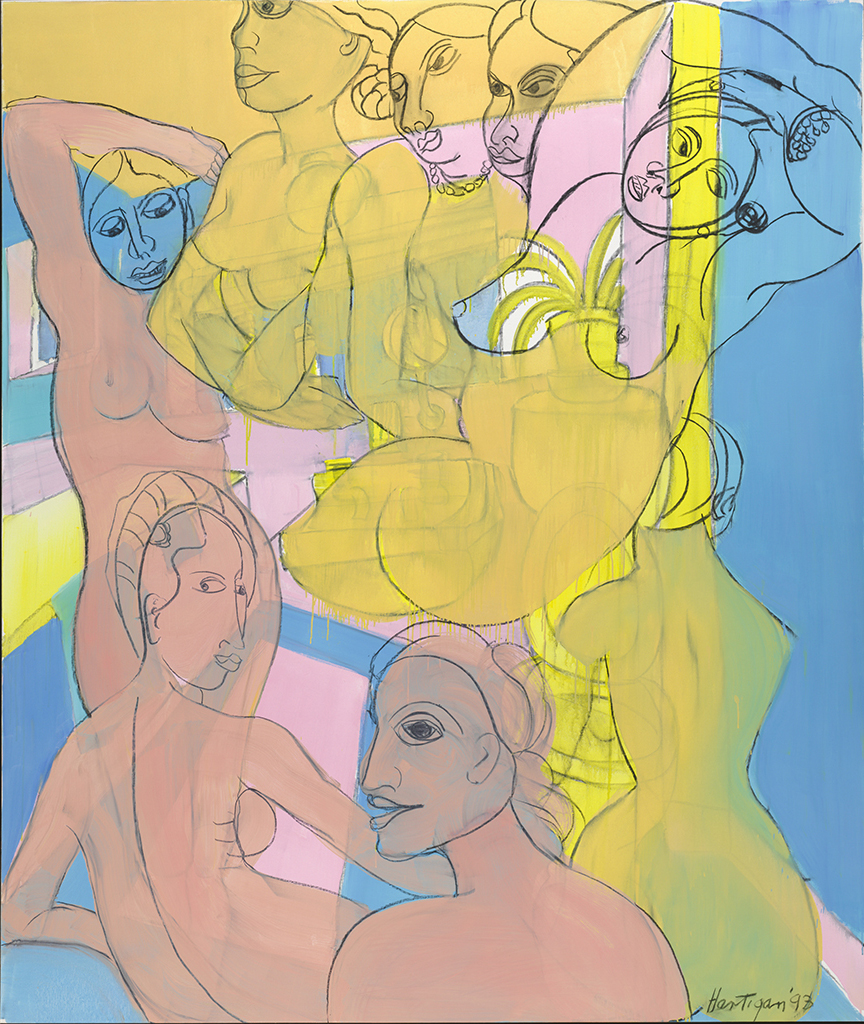