The Obamas have been indulging in more than one well-deserved vacation this summer, with trips to a secluded villa in Provence and a luxe couples retreat with George and Amal Clooney at their Lake Como home. Barack Obama and Michelle Obama also made their annual trip to Martha’s Vineyard, where they’ve been traveling every summer with their daughters, Sasha and Malia, for the past several years.

The former president and first lady have apparently been renting a palatial waterfront compound, and they’re about to make it a more permanent residence. The Obamas are reportedly in escrow for the lavish vacation retreat, according to TMZ, though it’s not a fully completed deal just yet—there are “contingencies so it’s possible it could fall apart,” but as of now it’s all set.

SEE ALSO: Meryl Streep’s Longtime Tribeca Penthouse Is Back on the Market for $18.25 Million

The massive 29-acre property was last on the market for $14.85 million, but per TMZ, the Obamas are paying a bit under that. The estate is being sold by Boston Celtics owner Wyc Grousbeck, who has been trying to offload the place on and off since 2015, when he listed it for a hefty $22.5 million.

The custom-designed house is located at the end of a long driveway, with hardwood floors and walls of windows throughout. There are seven bedrooms and 8.5 bathrooms, with views from nearly every space.

The kitchen has white cabinetry and countertops, a breakfast area and a stainless steel-topped workspace island. There’s also a circular formal dining room with more walls of windows, and lots of al fresco dining spots.

There are plenty of living and entertaining areas within the 6,892-square-foot main house, including the main living room with vaulted ceilings, exposed steel beams and a towering stone fireplace.

There are two full guest wings, while the master suite has a fireplace, marble-filled bathroom and a private sun deck.

There are also various screened, covered porches, including one with an outdoor fireplace, as well as a pool and spa outside. Oh, and a casual boathouse.

The Obamas could be making a few other real estate moves in the near future. At the moment, they own an $8.2 million mansion in the Kalorama neighborhood of D.C., which they bought in 2017 as they planned on staying in the area while their youngest daughter, Sasha, finished high school. Now that both of their daughters have graduated, they’re reportedly considering picking up a home on the West Coast. Perhaps the former president can chat with his pal Prince Harry about potential houses in Los Angeles. 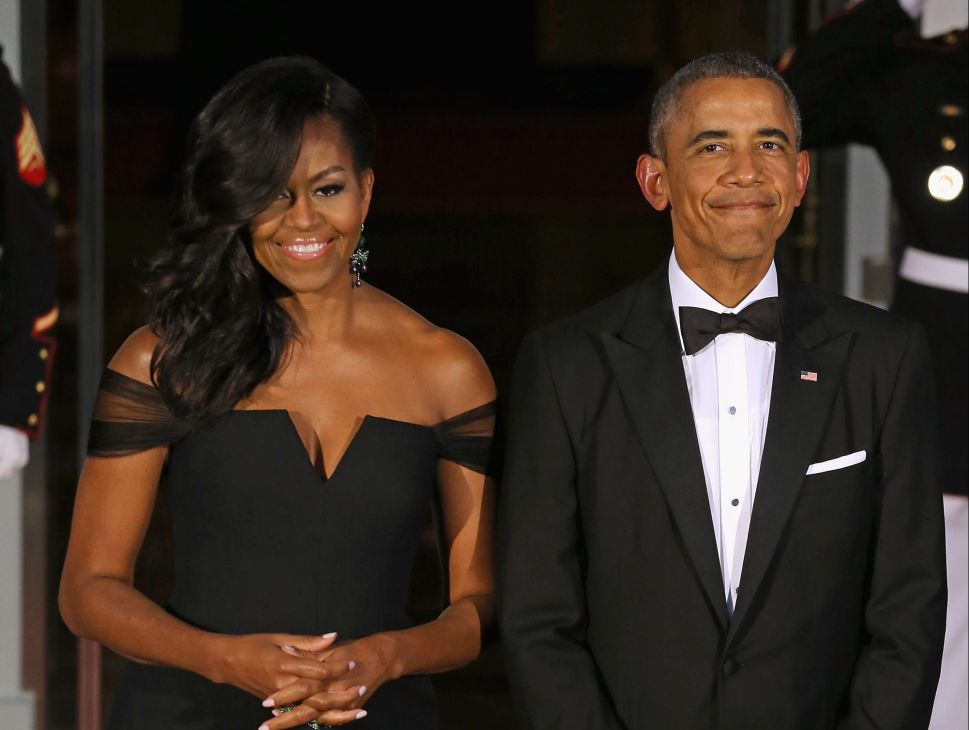