We have been hearing about more and more individuals and small companies getting de-platformed,  demonetized and shadow banned by Big Tech and social media. The primary victims of this censorship campaign have been conservative voices and companies, but it has also provided Big Tech with a smokescreen to obscure its continued work with oppressive governments that silence the criticisms of various diasporas toward their former homelands.

America has given us a great opportunity and freedom, yet American companies are actively working to prevent us from helping our families and friends in our joint struggle to make our homelands freer and more tolerant, which are some of the most important ideals that America officially stands for across the world.

SEE ALSO: The Real-Life Consequences of Messing Around on Twitter

We commonly hear of Big Tech working to silence anti-Chinese government voices, both in China and around the world. China, however, is not the only oppressive government that American Big Tech—epitomized by Google and its ironic former slogan to “Do No Evil”—are more than happy to kowtow to by silencing dissident voices. Even worse, this censorship campaign has also extended to silencing American voices too, ignoring any concept of free speech and frequently hiding behind the veil of “private company policy” whenever they do so.

Recently, Sikhs for Justice (SFJ) was banned from Twitter at the request of the Indian government. The Modi government relentlessly smears SFJ as a “terrorist” group backed by Pakistan and its ISI intelligence agency, but that is nothing more than a bald-faced lie. SFJ is a nonprofit organization dedicated to highlighting the many abuses by the Modi government against followers of the Sikh religion, as well as calling attention to its abuses against the Christian and Muslim minorities throughout India, too.

In Prime Minister Narendra Modi’s India, everyone must conform to Hindu nationalism, and there is no room for the toleration of religious and cultural differences. Instead of bringing us together as Indians, we are being pushed apart and persecuted as “terrorist” minorities.

While it is true that during the decade of the 1990s, there undoubtedly was a militant tone to the Sikhs’ Khalistan movement for the right of self-determination, but that has since changed. Today’s quest for Khalistan, spearheaded by SFJ, denounces the use of violence and fights through the courts and ballot boxes, seeking international help for our plight and legitimate political power through votes and balloting.

But Modi tells the world that we are puppets of Pakistan and its ISI who are sowing discord and revolution against Islamabad’s nemesis, India. These accusations are just as false and baseless as the ones alleging that the SFJ is a “terrorist” organization. It is a disgusting attempt to incite violence against the peaceful men, women and children living in the Punjab region.

Any student of geopolitics would see that an independent Khalistan (the name for the Punjab region of India and Pakistan) would represent a threat to both Indian and Pakistani sovereignty, much like how an independent Pashtunistan would break up both Afghanistan and Pakistan. Pakistan is therefore obviously no friend of Khalistan, and India knows this.

Nevertheless, India relies on the complicity of social media to suppress our human rights by censoring our ceaseless efforts to point out the countless human rights abuses perpetrated by New Delhi. These Big Tech companies unquestionably accept India’s claims that we are “terrorists,” accusations that not only affect us Sikhs—who are American citizens, no less—but also other non-Sikh American voices that India falsely accuses of spewing so-called “anti-Indian” rhetoric and gets these same social media companies, like Twitter, to ban them as well, just because an Indian official lodged a complaint on the other side of the world.

If ethnic and religious minorities are to have any chance of making positive, tolerant changes in the world, we need social media and Big Tech to step up to the plate and protect American virtue instead of selling them out to make a quick buck. If they can’t handle taking on the great social responsibility that they constantly tell us they feel is their duty, then perhaps it is time to break up Big Tech so that the dictators and evil oppressors throughout the globe can no longer can rely on Google, Facebook and Twitter to silence targeted voices of freedom on a tyrant’s behalf.

On August 15, the anniversary of Indian independence from Britain, Sikhs for Justice is holding its own flag-raising ceremony at UN headquarters in New York. We hope you, Big Tech representatives, and others will join us in recognizing that although India freed itself from the UK’s oppression, the diverse people of India are still oppressed by the Modi government just because of their religious and cultural differences.

Gurpatwant Singh Pannun is a New York-based human rights attorney, first-generation Sikh-American, and founder of Sikhs for Justice, Inc., a nonprofit organization dedicated to protecting religious liberties across the world. 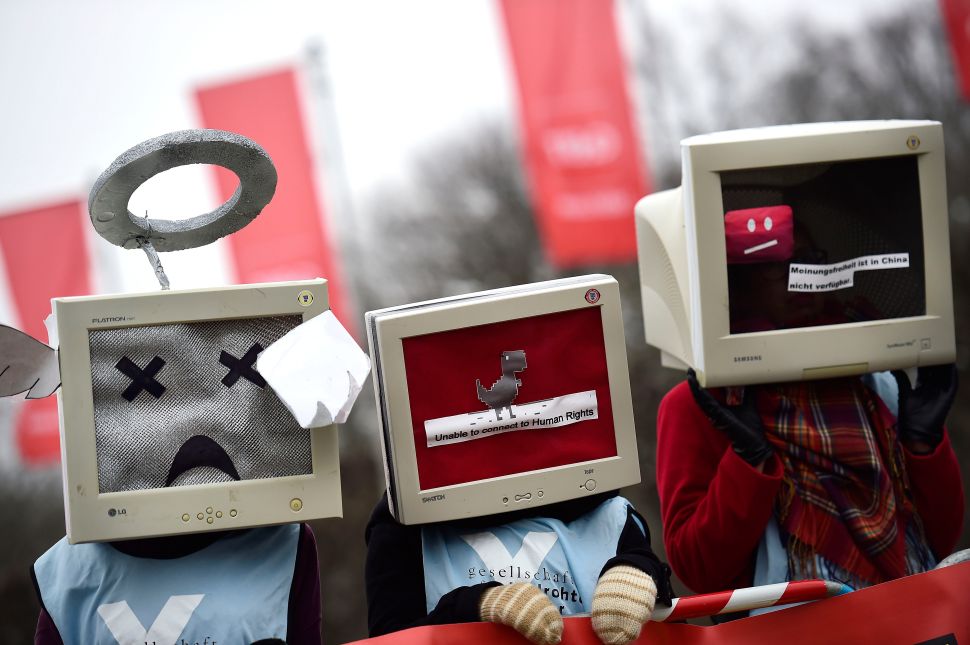