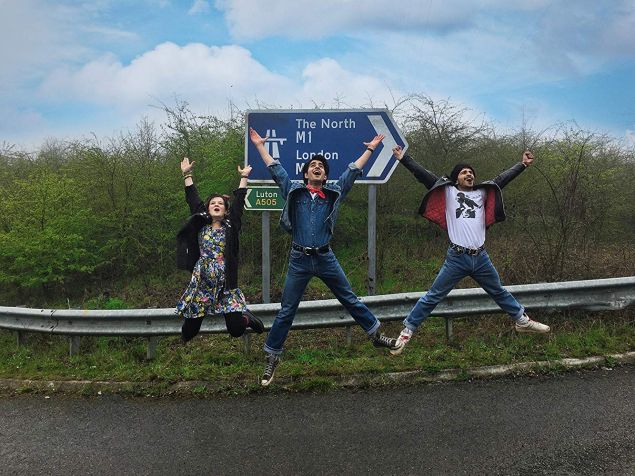 Blinded by the Light. Warner Bros.

For most of his career, Bruce Springsteen has maintained an arm’s-length relationship with the movies.

He’s lent songs to humanist dramas like 1993’s Philadelphia and 2008’s The Wrestler, and had a comedic cameo as himself in 2000’s High Fidelity. In 1991, Sean Penn used his song “Highway Patrolman” off Nebraska as the basis for the film Indian Runner, a suitably dark rumination on masculinity in modern society. But until this year, when he allowed director Gurinder Chadha to douse her adaptation of Sarfraz Manzoor’s memoir about growing up Pakistani in south-east England with his classic tunes, the Boss seemed generally content to supply a single song for the soundtrack while his fans wrote the story and provided the images.

You can imagine why he has had a change of heart. Here we have a post-Broadway show Bruce who (evidenced by the songs on his 2019 studio album Western Stars that are peopled by wobbly old stuntmen and has-been actors) has probably been spending a lot of time on his compound watching TCM. This Bruce seems to accept the idea that the songs on which he built a reputation no longer belong to him or even his touring band.

They belong to you, to me, and to Blinded by the Light’s Javed (the appropriately wide-eyed movie newcomer Viveik Kalra), a budding writer growing up in Margaret Thatcher’s England. An indifferent listener to the New Wave that was ubiquitous at the time, Javed is pinched on all sides by an imploding industrial economy where he can’t even find a job making sandwiches, a rising white nationalist movement, and parents seemingly stuck in the previous century. (His mother is played with world-weary compassion by Meera Ganatra while his father is imbued with an angry imperiousness by Kulvinder Ghir, a former stand-up and veteran of Chadha’s 2002 big hit Bend It Like Beckham.)

Things change when a Springsteen super-fan and classmate (Aaron Phagura) gifts Javed with cassettes of Born in the U.S.A. and Darkness on the Edge of Town.

The scene in which Javed pops the former in his Walkman, hears “Dancing in the Dark” for the first time and discovers parallels between his situation and the Garden State search for meaning chronicled by Springsteen is breathtaking. As the typewritten lyrics start to swirl around him while a literal windstorm hits, we witness Javed process the depth of what Springsteen is saying. It’s as powerful a cinematic rendering of the precise moment that a piece of pop culture profoundly alters an individual’s life as I can recall ever seeing in the movies.

Soon Javed is using the gospel of Springsteen to improve every aspect of his life. He writes papers about the lyrics that impress a well-meaning English teacher (MCU vet Hayley Atwell); he stands up to local skinheads by dramatically reciting the lyrics of “Badlands;” and he is able to finally approach the high school social justice advocate Eliza with whom he is smitten (Nell Williams) by serenading her with “Thunder Road.” (None of the darker, slower and more downbeat songs like “Racing in the Street” or any track off Nebraska make it into the film.)

All of this aching sincerity can be a lot to take in. My 12-year-old daughter, who has had to put up with her dad crooning “Thunder Road” in the car in an attempt to embarrass her in front of her friends, described some of it as “cringey.” And as pure-hearted as Javed may be, it’s difficult to hear him make clear to Eliza that while it may be a favorite of Reagan’s, “Born in the U.S.A.” is actually about the plight of Vietnam Vets reintegrating into society and not think “mansplaining.”

But the film has a saving grace, especially for non-Bruce evangelicals: it’s as relevant as it is openhearted and passionate. It helpfully illustrates how easily economic anxiety gives way to white nationalism, especially when those in political power are quick to fix the blame on immigrants. The indignities suffered by the Pakistani families in the film and their powerlessness to respond (this includes local children peeing through their mail slot so often that they put plastic down in the foyer) echo the existential threats people of color experience daily both here and abroad.

In a big scene in the film, a Pakistani wedding is interrupted by a skinhead march while Javed has snuck off to the record store to secretly buy tickets to a Wembley Stadium Springsteen concert. Shown in slow motion, which the film makes generous use of, the extended sequence is accompanied by Clarence Clemons’ epic sax solo from the end of “Jungleland.”

The movie feels a lot like that solo (which most Springsteen fans can recall with greater alacrity than they can their closest friends’ phone numbers) as well as much of the late Big Man’s work. It’s far from subtle, more than a little sudsy, but also pleasingly direct and full of heart. Most significantly though, its timing is perfect. 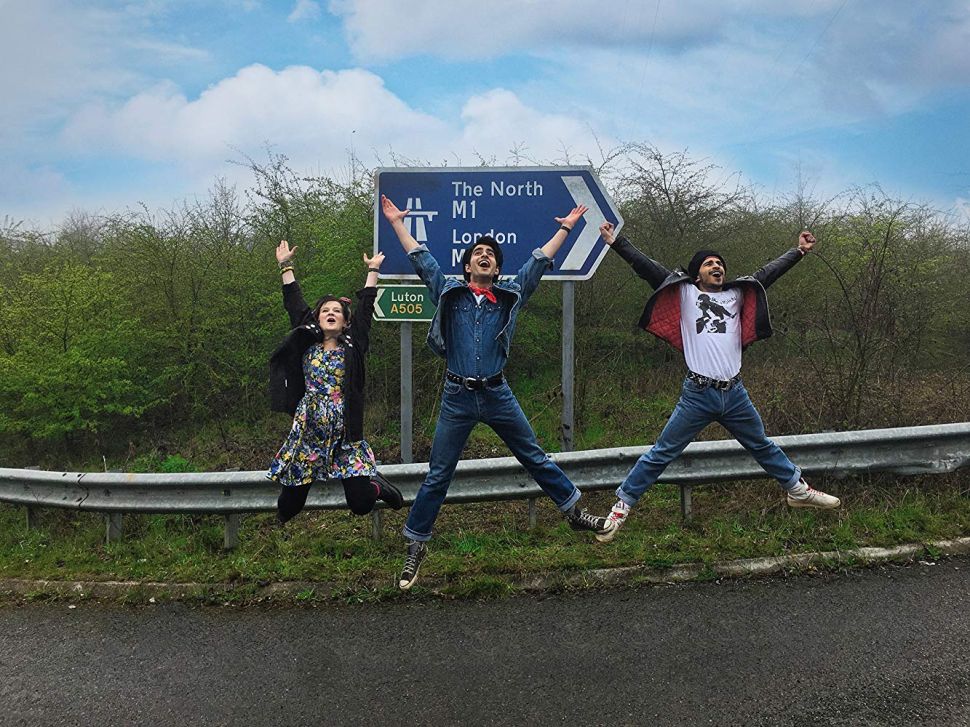