With the U.S.-China trade war heating up, it seems as if virtually every manufacturer has been affected. However, one industry that has escaped the impact of escalating tariffs is cannabis farming. As sectors like tech and farming face the ramifications of the two governments’ ongoing trade tensions, marijuana growers remain confident about their economic prospects.

“Marijuana is made in America, so I don’t have to worry about anything impacting my business when it comes to these tariffs,” Brady Cobb, CEO of cannabis investment company SOL Global, told Observer. With President Donald Trump’s latest tariff hike on Chinese goods, announced last week, the White House was accused by the National Farmers Union of hurting U.S. agriculture. However, marijuana farmers won’t have to worry about the policies regarding the export of their goods, since cannabis possession is currently punishable by death in China.

Cobb, who’s also an attorney and lobbyist on behalf of the industry, told Observer that these trade sanction patterns have actually further convinced lawmakers of the lucrative economic boost (i.e. taxing and jobs added) that cannabis can have, thanks to its “made in America” emblem.

Cobb has been meeting with congressional members, including Senate Majority Leader Mitch McConnell, to discuss plans for federal legalization. “As maligned we are in the eyes of the Drug Enforcement Administration (DEA), the government is beginning to see how important this industry is to the economy,” he explained. “We don’t have to rely on manufacturing in China, like other industries such as tech. It’s made and distributed right here in the USA.”

In an ironic twist, cannabis could very well become the stabilizing force of the agriculture industry and offset losses incurred during the trade war. Not to mention, it’s hard to ignore the rising popularity of all the cannabis farming-derivative categories, such as CBD, that have exploded in recent years.

The first step to achieving this is to pass the SAFE Banking Act, which Cobb predicts will be passed in the Senate and on the president’s desk before the end of the year. “Doing transaction banking properly will be the easiest way to reduce crime, among other regulations,” Cobb said, making it a major win for the industry if the bill is passed.

At this point, regulators know the turning tide of legalization is already here, and so blocking steps toward it is pointless, especially given stats that show the majority of the population supports some form of legalized weed. “For example, here in Florida, where we’re based, where a substantial portion of the population consists of seniors, approves of medical marijuana,” said Cobb. “It’s not just young stoners in tie-dye shirts anymore.”

The overwhelming support of economizing the marijuana manufacturing industry is evident. And it could also be the key to keeping the country’s agriculture sector afloat during what feels like an endless series of tariff policy changes. 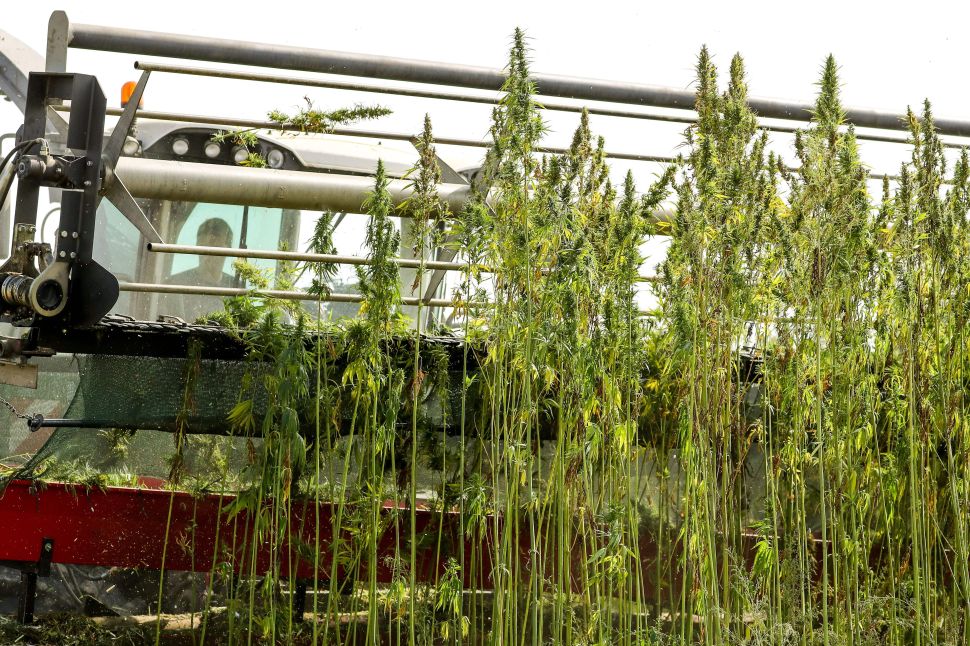