Before he ran for governor of Florida in 2018, former Tallahassee Mayor Andrew Gillum took a meeting at a tapas restaurant with a man he knew as Mike Miller.

Miller, Gillum was led to believe, was a wealthy real estate developer looking for business. When meeting with other elected public officials, Miller would usually bring a friend: “Mike Sweets,” an also-wealthy medical marijuana entrepreneur from California.

Sweets was there to buy dinner, pick up the drink tab and otherwise “put [people] at ease,” as The Tallahassee Democrat reported—so at ease that they would consider taking a bribe from either Sweets or Miller, both of whom are believed to have been undercover FBI agents working a corruption sting that’s so far led to several indictments.

Gillum is not alleged to have done anything wrong nor even remotely suspicious. But someone like Gillum, with a national profile and significant ambitions, is the kind of “big fish” the FBI would love to nab.

The FBI has had success in catching other small-time and small-town politicians in corruption stings connected to cannabis permitting, a high-stakes game with significant amounts of money involved and thus a situation ripe for bribery.

But to keep doing so, the FBI apparently needs more help than what Sweets or Miller can provide—and is soliciting tips from members of the public who may have additional dirt on public officials.

In a brief podcast released last week, FBI agents exhorted anyone suspicious of “public corruption in the marijuana industry,” including dispensaries operating with “illegally obtained license[s]” or public officials accepting “large amounts of money” in exchange for licenses to contact their local FBI field office.

“We’ve seen in some states the price go as high as $500,000 for a license to sell marijuana,” FBI Supervisory Special Agent Regino Chavez said.

Cannabis industry entrepreneurs and advocates have had an uneasy history with law enforcement, which up until the relatively recent past has been interested in putting them in jail, not working with them. But as NORML executive director Erik Altieri recently told Forbes, “[c]ronyism, corruption and corporate takeovers are not unavoidable side effects of legalizing marijuana, and they should be rooted out immediately.”

At the same time, public officials may be setting themselves up for such temptation by how they are choosing to legalize cannabis. Restrictive licensing schemes, in which only a few lucky and/or select businesses are awarded lucrative permits to grow or sell marijuana, are situations ripe for corruption, National Cannabis Industry Association spokesman Morgan Fox told Forbes.

Eliminating “arbitrary caps,” like the ones seen in Ohio and Florida, and going with a more free-enterprise model like the one seen in Oklahoma, where it is very easy and very cheap to obtain a license, would fix the problem and eliminate the need for an FBI “fishing trip,” Morgan told Forbes.

And while there are a few cases sprinkled across the country, it’s not entirely clear that corruption in cannabis is a significant or prevalent problem. What cases there are have snagged mostly low-level or small-town officials—and it’s also not clear how responsible the FBI is for creating the problem.

Jermaine Wright, a former mayor pro tem of Adelanto, California, is alleged to have accepted a $10,000 bribe from an undercover FBI agent posing as a principal with a fictitious cannabis transportation business. Agents raided the homes and offices of other officials, including the mayor, but authorities do not appear to have filed additional charges.

Alleged deals for cannabis dispensaries also figured in the charges filed against three former city officials in Cudahy, a small town in Los Angeles County that bears remarkable similarity to the fictitious city that was the setting for the forgettable second season of True Detective. And another small-town Southern California councilman resigned in 2012 after copping to accepting $11,500 from an unnamed marijuana operator.

Other corruption allegations have been stymied or blocked.

In Santa Ana, California, Mayor Miguel Pulido was accused by the city’s former chief of police of offering to “guarantee permits for marijuana dispensaries in exchange for $25,000,” as VoiceOfOC reported. Though the former chief, Carlos Rojas, shared this allegation with prosecutors, Pulido was not charged.

Rojas, who now serves as chief of the Bay Area Rapid Transportation (BART) police, made the accusation as part of a lawsuit filed against the city. Rojas settled the suit for $350,000 last year, and it is not clear if Pulido is under further investigation.

And in Kern County, a rural, conservative part of the state, officials have denied a bribery allegation made in a civil lawsuit.

As for Sweets and Miller, they may be the same FBI agents who successfully fooled former California state Sen. Leland Yee into accepting a bribe. Yee pleaded guilty to racketeering and is currently serving time in federal prison.

But they can’t do it alone. Particularly likely to drop a dime to the FBI, it seems, would be any cannabis entrepreneur who didn’t get a license, with or without attempts to sweeten the deal. 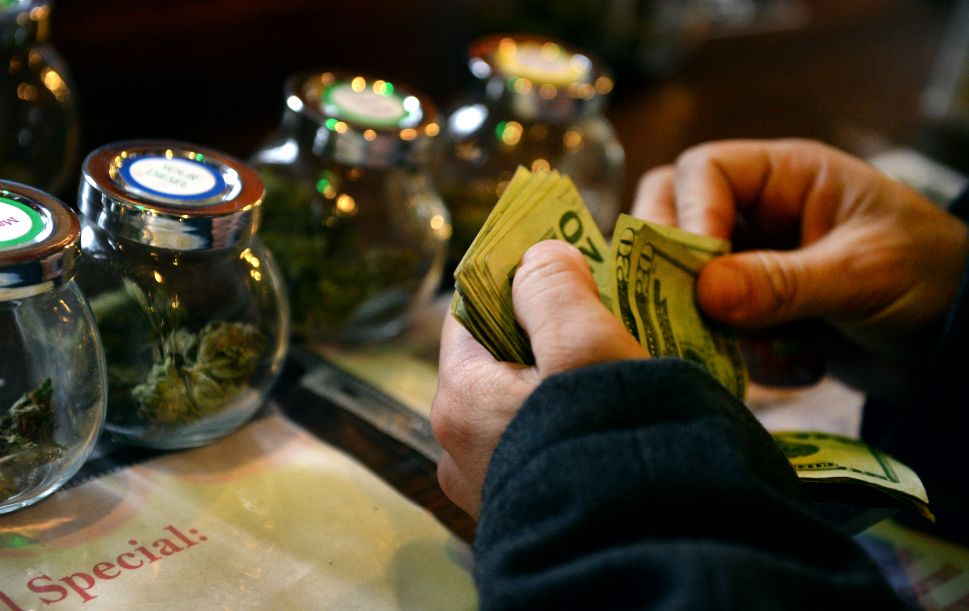