If anyone wants a home on a secluded island in between Fiji and Australia, now’s your chance. Cate Blanchett just listed her vacation retreat for sale, sticking a $1.45 million price tag on her longtime getaway on the island of Efate, Vanuatu.

Blanchett purchased the property in 2011, according to Architectural Digest, about five years after she and her husband, playwright Andrew Upton, relocated to their native Australia with their three children.

SEE ALSO: Ellen Pompeo’s Hamptons Home Is Back on the Market for $3.5 Million

The beachfront property, known as Matanara, is set up with two pavilion-style buildings, which are connected via a timber deck, per the listing. There are a total of four bedrooms and two bathrooms, with lots of outdoor entertaining space and al fresco dining options. It’s super secluded, and the grounds are filled with palm trees and flowers.

The airy interiors are ultra beachy, with white beamed ceilings, wicker furnishings and distressed wood floors. The kitchen is fitted with stainless steel appliances, silver countertops and wood-framed windows that showcase the outside. There’s also a dining room and a lounge, and elsewhere on the estate there’s a separate garage and a boat shed.

The listing also notes that there’s plenty of room for expansion on the property, in case any interested buyers want to add on another building altogether.

It’s not clear exactly why Blanchett and Upton are selling this island home right now, but perhaps it’s because they’re not spending as much time in the vicinity. The couple sold their historic Sydney house nearly five years ago for around $14 million, and “downsized” to an $8 million apartment elsewhere in the Australian city shortly thereafter, but it seems they’re back to spending more time in the United Kingdom. Blanchett and Upton scooped up a $4.5 million, 13-acre estate in East Sussex in early 2016, and have reportedly made that their main residence. 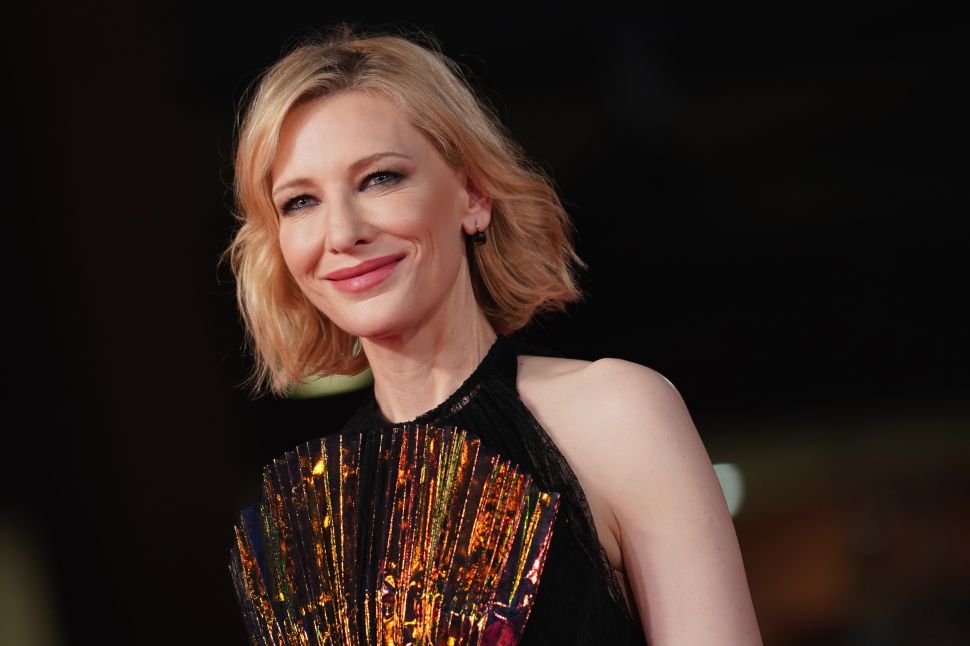