No dubious 21st century wellness fad is complete without its own day.

And so Thursday, August 8 is the second annual “National CBD Day,” or so the North Dakota-based company that runs the National Day Calendar and the North Carolina-based hemp manufacturer that convinced the calendar people to make CBD Day a real thing are saying.

SEE ALSO: Martha Stewart Is Getting Into the CBD Game

Shameless marketing gimmicks aside, the nationwide CBD craze is a real thing, as are the hordes of merchants, online and brick-and-mortar, stocking aisles (or in some cases, whole stores) with CBD-infused cosmetics, drinks, snacks, oils, creams, whatever. This is only likely to increase in size and in scope. According to investment bank Cowen & Co., CBD could be a $15 billion market by 2025—or, if you believe cannabis industry researcher BDS Analytics and investors’ club Arcview Market Research, a $20 billion market, by 2024.

Wow! Where’s all that money coming from? At least part of the answer is “suckers.” A few CBD firms haven’t shown much restraint (or scruples) in marketing their wares to susceptible rubes. Some, like Curaleaf, which may be the largest cannabis-related company in the world, have had to overhaul their marketing techniques to remove any claim of medical benefits.

In Curaleaf’s case, the company received warnings from the federal Food and Drug Administration (FDA) to stop telling customers that CBD products can do anything, like cure cancer or reduce inflammation—because they might not.

And this extends to CBD products beyond Curaleaf’s. Just because a product “has CBD” doesn’t mean it will do anything for you, or your ailment, whatever it is.

CBD may have value in treating various afflictions, it may be a neuroprotectant, it may be lots of things—but it may also be like a multivitamin. That is, a thing you take with a vague promise of a benefit that is never delivered.

Most CBD products for sale at pharmacies, bodegas, gas stations, bookstores and the hodgepodge of merchants that have discovered hype sells don’t have enough of a dose to actually do anything, according to Jordan Tishler, a physician and cannabis expert at Harvard Medical School, who serves as president of the Association of Cannabis Specialists.

“This is interesting in and of itself because most of these dosages aren’t enough to achieve a threshold effect,” he told NJ.com’s NJ Cannabis Insider during a recent interview.

“They’re not getting a bona fide effect,” he added. “They’re getting a placebo.”

OK, so let’s say you do want some CBD, or to at least try some. Fine! You should. Go right ahead. But at least try to try CBD with some sort of method. A 2011, and then a 2017, review of existing literature concluded the the human body can tolerate up to 1,500 milligrams of CBD a day—but that CBD shows greatest value for “promot[ing] and maintain[ing] health” at “lower doses.” Further, too much CBD has been shown to create side effects such as “inhibition of hepatic drug metabolism.” That is, if you’re taking prescription meds for something else, CBD could get in the way. Will it? We don’t know. There just haven’t been enough studies.

So what’s there to do? First, you should be able to find out the source material for your CBD product. The proprietor of the establishment where you’re buying it, or the entrepreneurs behind the brand, should be able to tell you the country of origin and also the state. If they know that, they can tell you the conditions under which the cannabis sativa—that is, hemp—was grown to produce the CBD. If they can’t, you should shop somewhere else.

Then, it’s helpful to know what affliction you’re trying to treat. This will help you figure out your dosage. Is it pain? Healthline recommends trying 40 milligrams a day, ramping up or ramping back depending on results. The Arthritis Foundation is even more cautious, advising you to start with five to 10 milligrams.

But even that isn’t perfect. As neuroscientist Nick Jikomes told Leafly in 2017, five milligrams of CBD taken orally, via a pill, versus the same dose taken via a transdermal patch will be absorbed by the body differently. So you may need a bigger dose of drops to achieve the same dose of CBD.

The takeaway here is that on the Second Annual CBD Day, there is much more we don’t know about this stuff than we do. But that doesn’t matter. All that matters is that people know the acronym, they know it’s something—and they know it’s money. It will take a few more CBD Days before this situation improves. Until then, don’t be afraid to ask questions, push for answers—and keep it moving when you don’t hear what you need. 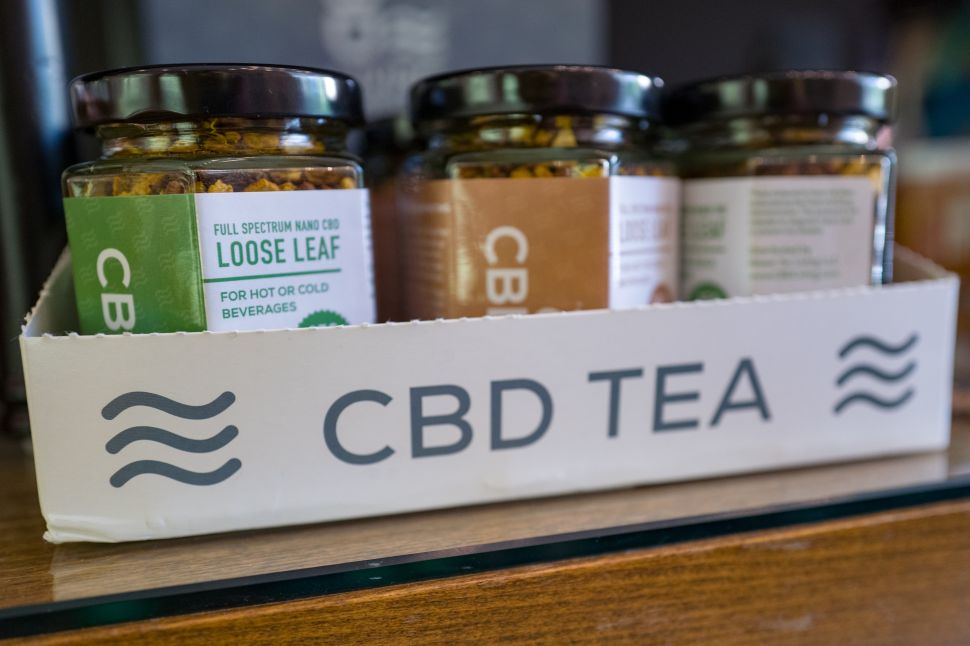