On Tuesday, CBS and Viacom formally announced their intentions to re-merge amid an era of epic media consolidation. Combined, the two companies have a market value of roughly $30 billion, an undeniable step up but still far behind the $132 billion and $240 billion Wall Street valuations of Netflix and Disney, respectively. But lest we get caught up in the corporate jockeying and conglomerate implications, let us instead let our geek flags fly and discuss the real matter at hand: what does this mean for Star Trek?

For years, CBS TV Studios owned the small screen rights to the franchise, while Paramount Pictures handled the property on the big screen. Now, all of Star Trek is under the one roof of the newly titled ViacomCBS, which opens the door for intriguing possibilities. Mainly, the opportunity for a Marvel-like shared cinematic universe that spans both mediums.

CBS All Access has been steadily reviving the franchise on television with Star Trek: Discovery and the highly anticipated return of Patrick Stewart as Jean-Luc Picard in Star Trek: Picard. The streaming service is also developing the animated comedy Star Trek: Lower Decks, which follows the support crew on one of Starfleet’s least important ships, as well as the stand-alone short-driven Star Trek: Short Treks.

On the film side, J.J. Abrams rebooted the franchise for Paramount with 2009’s Star Trek (which grossed $387 million worldwide), as well as its 2013 sequel Star Trek Into Darkness ($467 million). Justin Lin oversaw 2016’s Star Trek Beyond, which was considered a financial disappointment with $343 million worldwide against a $185 million budget. The so-so box office performance has put the franchise’s current trajectory on hold.

One ray of hope that has emerged during this down time is Quentin Tarantino’s R-rated Star Trek idea, which is reportedly still alive at Paramount. The film, which Tarantino pitched to Abrams and Paramount several years ago, and which was penned by Mark L. Smith (The Revenant), is rumored to involve time travel and revisit key events from the franchise similar to Avengers: Endgame.

It just so happens that Abrams’ Star Trek reboot introduced the concept of time travel with the Kelvin timeline branching off from the original franchise’s continuity. Discovery has also embraced the idea of time travel in its second season. Imagine the crossover possibilities that are now at hand, especially if Tarantino’s project does indeed move forward.

The property’s consolidation under one roof enables ViacomCBS to erect a cross-pollinating Star Trek universe in which characters and stories can ping-pong between film and TV as the creatives see fit. Since Star Trek has never broken out as a standalone blockbuster property on the same level as Star Wars or Marvel, this could help enhance the franchise as a whole. As media conglomerates continue to emphasize verticilization, this could be the future of entertainment. 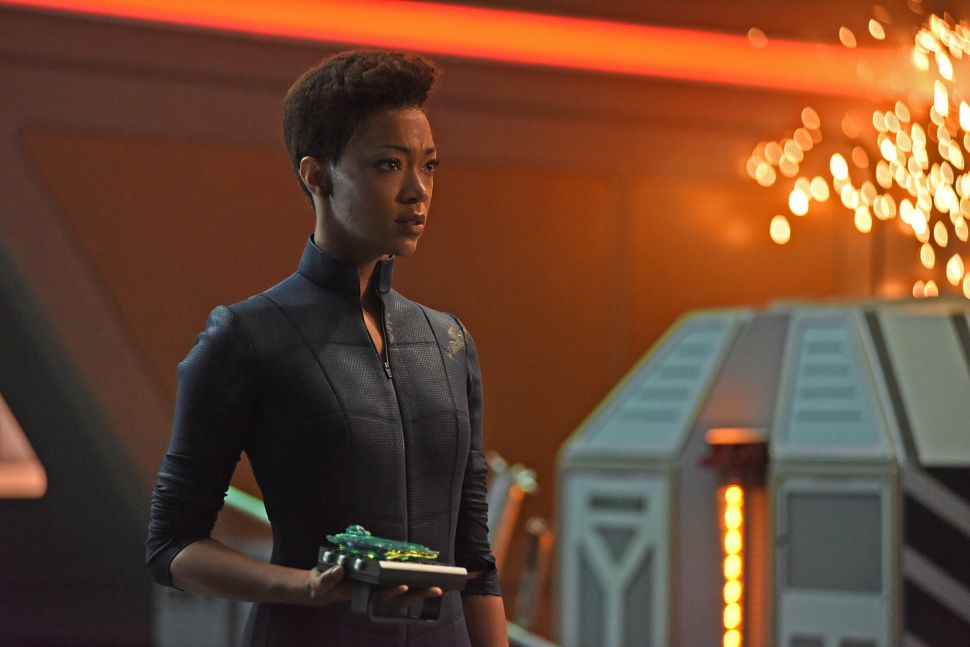