It doesn’t matter whether you’re an Instagram influencer with a significant following or a prominent Midwestern grocery business: if you use an artist’s work in your own independent content without first receiving the artist’s permission, you could be looking at a world of legal hurt. Experimental artist Chris Williams recently sued the supermarket chain Hy-Vee for copyright infringement when he learned that a mural he had painted in the Des Moines, Iowa neighborhood of Riverbend was visible in the background of a 2019 Super Bowl commercial that also featured Oprah. As you can probably already guess, Williams claims that no one sought his permission for the use of his mural, which is featured quite prominently in the nearly four-minute spot.

The lawsuit filed by Williams and his attorney makes the argument that the presence of the mural in the advertisement diminishes Williams’s credibility as an artist by making him look like a sellout. “It felt ironic listening to Oprah talk about hopes and dreams while watching her seemingly exploit my own creative energy, my own hopes and dreams, without even recognizing me,” Williams said in a statement he made to the Des Moines Register.

It’s an argument that’s being used increasingly regularly in cases such as this. Ai Weiwei successfully sued Volkswagen after the car company used his work Soleil Levant, which is comprised of thousands of life jackets worn by refugees, in a 2017 print ad. “Volkswagen’s wrongdoing compromises my credibility, and could easily destroy the trust I have built with the refugees I work to support,” Weiwei wrote on Instagram in May. “Why should refugees choose to associate with me if they believe that I would exploit their plight for commercial gain?”

The particularly interesting thing about Chris Williams’s lawsuit is that the ad in question showcases a partnership between Oprah’s O, That’s Good! brand and Hy-Vee, wherein sixteen cents from every Oprah/Hy-Vee product that was purchased went towards feeding a hungry child. Contextually speaking, that feels different from a situation like the ongoing legal battle between street artist Julian Rivera, Ellen Degeneres and Walmart: Rivera claims the TV host and the retail giant stole one of his signature designs for a low-cost fast fashion line.

Williams may be justified in his claim that his work was used without his permission, but it also feels like there’s a structural difference between seeing your intellectual property on a t-shirt and seeing it in the background of an ad promoting nutrition for hungry kids. Nevertheless, it’s clear that artists are sick of their creations being treated like neutral backdrops for a plethora of corporate initiatives, and they’re fighting back en masse. 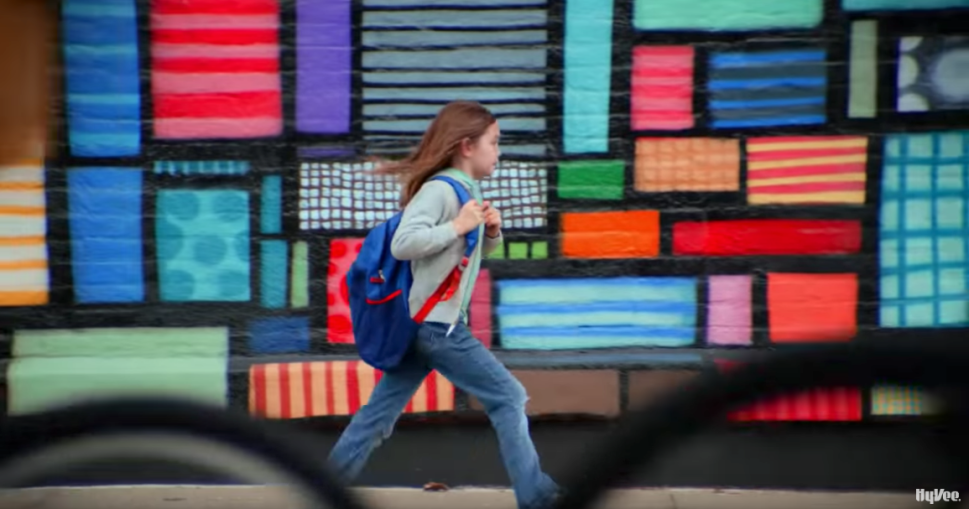