What do good economic times in America mean? Building. Signs of a strong economy mean a forest of construction cranes in every city and small armies of contractors and workers digging, drilling and dying in the heat in increasing numbers, according to a recent study.

Anyone who has ever worked an outdoor job is well aware that the environment is a significant occupational hazard. You can’t really work on a roof or frame a house in the rain, but you can in the sun. In growing states like Texas, where the heat and the sun are merciless, working means sweating—and, increasingly, sweating until you die.

Between 1992 and 2016, 783 American workers died because of exposure to excessive heat, and nearly 70,000 were “seriously injured,” according to federal figures. Heatstroke, in case you didn’t know, is extremely bad even if you survive. Your organs can fail and you can suffer brain damage. One hot day at work can quite literally ruin, or at least negatively shape, the rest of your life.

Construction workers account for about 6% of the total workforce in the United States—a figure that does fluctuate during economic boom and bust cycles—but has accounted for 36% of heat-related deaths since 1992, according to a study published on July 22 in the American Journal of Industrial Medicine.

Construction workers’ risk of dying due to heat has steadily increased over time, researchers from the Washington, D.C.-area based Center for Construction Research and Training, the University of Illinois at Chicago’s School of Public Health, and Georgetown University’s School of Nursing and Health Studies found.

The culprit for the rise in heat-related deaths is, quite literally, climate change. Whether or not you choose to believe climate experts, the data shows that summer heat steadily rose between 1992 and 2016, the study period examined in the research. And with hotter weather comes an increased likelihood of succumbing to these temperatures.

Those workers most at risk for heat-related deaths are, generally speaking, the workers who enjoy the least rights in the Trump era: Latino workers, and particularly Latino workers born in Mexico.

“U.S. construction workers are at a high risk of heat-related death, and this risk has increased with climate change over time,” wrote the researchers. “Effective workplace interventions, enhanced surveillance, and improved regulations and enforcement should accompany broader efforts to combat global warming.”

Most striking about the study’s findings—the job sector most associated with good economic times and generally most open to blue-collar workers, including recent arrivals to the country, most of whom are nonwhite—is how obvious it is, and how numb the construction industry appears to be to the risk.

As the nonprofit advocacy group Public Citizen noted in a 2018 report, the federal Occupational Safety and Health Administration (OSHA) has long been on notice that heat risks are unacceptably high and that something should be done. To date, it hasn’t—and neither has the private construction industry.

From a sane and rational human perspective, it is reasonable and logical for there to be certain safety standards in place with regard to heat. If it is too hot to work, workers shouldn’t work. But from a competitive, capitalist standpoint, no work means no money—and thus, workers will take the risk rather than come home empty handed, unless there is some mechanism in place that ensures they’ll get paid on a day that could get them killed.

Will anything happen during the Trump administration to help keep construction workers from dying? As Vox noted, public health groups have filed suit against the U.S. government for rolling back workplace safety rules and blocking requirements for employers to report workplace injury details.

It bears mentioning that last fall, the U.S. Department of Labor noted as many as 273,000 open construction jobs across the country. Your money, or your life? If you are able to make that choice, consider yourself privileged. And while you do, ponder the reality that a strong economy can be unhealthy for both the planet and the worker. 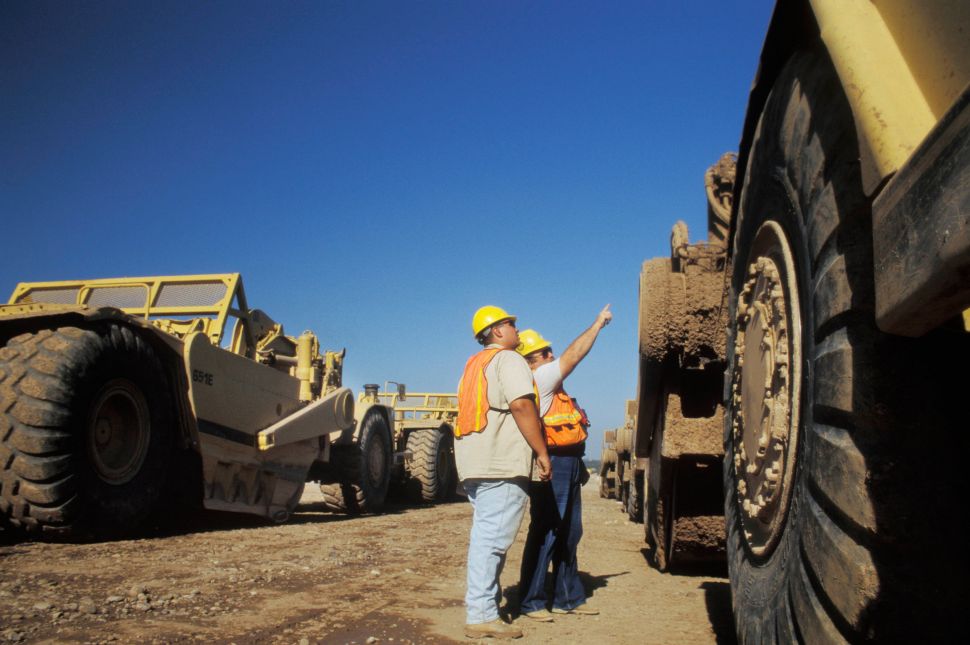