How scared should we really be of our dating apps?

Sure dating apps are fun. (Who doesn’t like swiping left?) But didn’t we learn any lessons from the saga of FaceApp and its Russian scheme to mine our personal data and gain access to our phones, all just for a good laugh posting an old-age selfie of ourselves?

SEE ALSO: How the Grindr Grifter Scammed His Way Across the US

Surely a dating app wouldn’t do the same, while we’re searching for true love by swiping right… right?

Guess again, Romeo. According to research done by the site Datingroo, we are all willing participants in giving away as much user data and security information as we possibly can while pursuing amorous relations and late-night hookups via dating apps.

Pop quiz: When was the last time you sat down and read the terms and conditions on Tinder? I would say, pretty darn close to never. Right? So what do we need to fear when using dating apps on our smartphones?

“Most users are not aware that with installing a dating app, they are permitting access to their data like photos, camera, microphone, location, identity, phone contacts, network connection and more,” Suzana Jaramaz, PR and content marketing manager for Datingroo, told Observer.

And it gets even better: “An average user won’t know where their data is stored, who has access to it, or how it possibly could be misused,” she continued.

According to the Google Play Store, FaceApp has even less access to a user’s data than the most popular dating apps. And that’s quite a security flaw, considering that FaceApp set off the alarm for Sen. Chuck Schumer to call for a federal investigation into the Russia-based company.

Datingroo’s findings show that dating apps are far more attractive to hackers and cybercriminals than FaceApp—not because they, too, need love, but because these apps have a greater amount of user data. (But I’m sure, fitting with Maslow’s hierarchy of needs, they need love as well.)

Think of when you set up your dating app user profile. It’s pretty much like a market research questionnaire, and we are far too willing to share as much as possible, along with trumpeting our love of yoga, dining and travel.

So, do dating apps own the content that appears in the messages you send to potential love connections?

“Yes, they own all the content and even more,” Jaramaz explained

Just take a look at what a French journalist found out in 2017, when she requested her data from Tinder (a right granted under the European Union’s GDPR, or General Data Protection Regulation, a law covering data protection and privacy for all individual citizens of the EU.)

Tinder responded with 800 pages of information—from her deepest, darkest secrets to every single online conversation with her Tinder matches, her education, the age-rank of men she was interested in, as well as personal connections on Facebook, “likes” and more.

Wow, how insanely problematic this could be if this data were to fall into the wrong hands.

“This example clearly shows that dating apps know us much better than we think they do,” Jaramaz added.

Another intrinsic fear would be that Russian hackers could set up fake accounts on dating sites, not only to go phishing for data and user info… but also to break our hearts.

Jaramaz said that would merely be just a child’s ride in the world of security-breaching, to do some low-level blackmail in which the only information obtained would be through messaging: “Hackers can go deeper and infiltrate into the dating app’s servers or through app’s minimal HTTPS encryption.”

We’ve actually already seen what happens when hackers break into a dating site. Remember the uproar in 2015, when a group called “the Impact Team” hacked into Ashley Madison, the infamous dating site for those who want to cheat on their partners? The hackers released more than 25 gigabytes of company data, including user details such as real names, home addresses, search history and credit card transaction records.

Many users feared being publicly shamed since the dating site is all about cheating. Some Ashley Madison users received extortion emails requesting Bitcoin payments to prevent the information from being shared with their unknowing partner. (The hackers did, after all, have their emails and personal information.)

Talk about cyber egg on their cheating dating faces.

The ramifications of how this could affect a political candidate’s career almost go without saying, especially if information comes out that they’ve been cheating or are secretly on Grindr.

Datingroo’s research showed that among all of the tested online dating apps, Badoo and Plenty of Fish have the most access to data in users’ devices (92%). Keep in mind these are two of the most popular online dating platforms with a combined 522 million users worldwide.

That’s a hell of a lot of user data and power in the dating world.

“I wouldn’t point out at them and say they are the ones with the worst reputations for security concerns,” said Jaramaz. “On the contrary! Having so many users shows that they do have a good reputation and even though they have access to a lot of their data, users still trust them the most.”

Using Datingroo’s findings, how can you protect yourself from a breach of personal security information on dating sites?

“When a user installs an online dating app and gives all the permissions for accessing the data from their device, there is no 100% protection guarantee and the user should be always aware of it,” said Jaramaz.

In spite of this, Datingroo mentions a few ways users can take control over their data. Create strong passwords for each online dating app account. Do not divulge personal information, such as birthday, work, salary, social media profiles, home address, bank account, children, etc. Along with that, always keep important info, documents, passwords, photos and business contracts off your smartphone device.

Needless to say, that especially goes for explicit photos and videos.

Further, be sure to check the dating app each time it updates; an app may gain additional permissions on the device each time it’s updated.

Again, we are willing participants in this social experiment. No one is putting a gun to our heads and forcing us to divulge so much of our personal data in the quest for romance. Though you think your big high-roller power job might impress the ladies (or guys), who will be laughing once your account is hacked into? Hackers love this information more than the ladies (or guys).

Lastly, just don’t be an idiot when it comes to what you put out there in your dating profiles to help avoid being a target or having your data used for evil purposes. 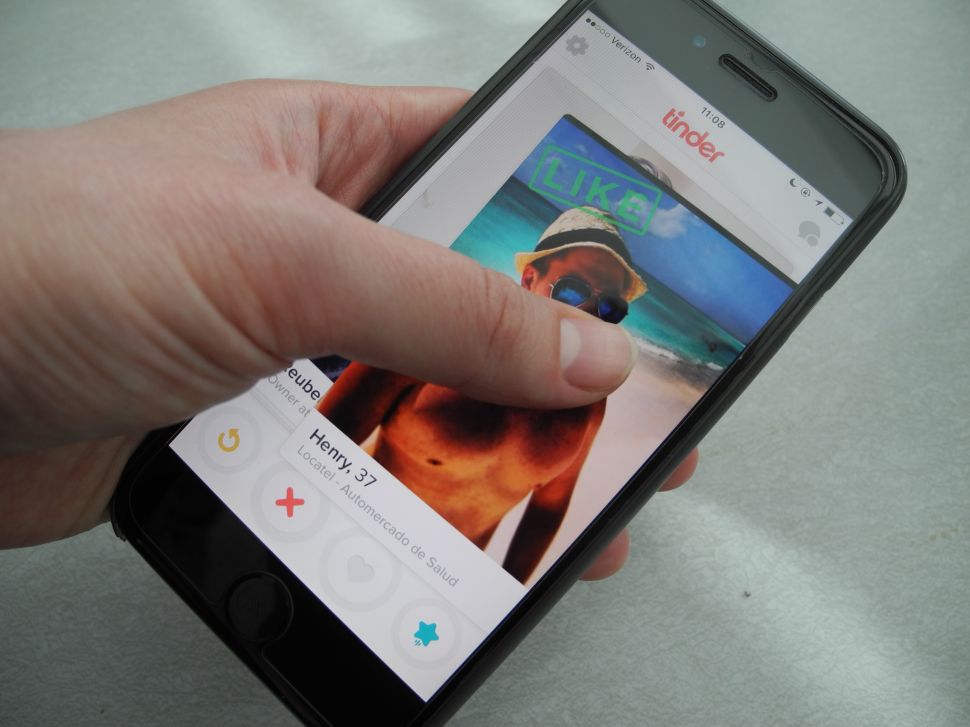