Billionaire business mogul David Koch, one of the Koch brothers best known for their influence in American politics, died Friday morning at the age of 79. His passing directs the public’s attention to the Koch family once again and its vast and secretive business empire.

The Koch family business, Koch Industries, is the second largest private company in the U.S., plowing over $110 billion in revenue last year. Where and how it makes money, though, has no simple answer.

Historically, Koch Industries was best known for its deep foundation in petroleum, refinery and commodities trading. But through more than six decades of expansion and re-investing, today Koch Industries is a sprawling network of subsidiaries with a powerful presence in, well, true to its name, various industries.

Particularly noteworthy is the Koch family’s quiet foray into cutting-edge technology in recent years. Per Bloomberg’s recent report, since 2013, Koch Industries has invested more than $17 billion in early-stage tech companies in such areas as robotics, cloud computing and medical devices.

Most of these efforts were led by a young Koch, Charles Koch’s son, Chase Koch, through Koch Industries’ venture capital arm, Koch Disruptive Technologies (founded in 2017).

The conglomerate also gets exposure to the tech sector by backing investment firms outside of the Koch umbrella. In January 2018, a VC firm called Trust Ventures was launched during a private retreat for wealthy political donors close to the Kochs’ government affairs team. One of Trust Ventures’ partners said the firm would provide startups with access to “the know-how of Koch from day one,” but he wouldn’t disclose whether the Koch family had financial stakes in the VC firm.

Through their various channels, the Koch family owns stakes in about a dozen tech companies altogether. Here is a rough breakdown of the sectors they are in and what they are making:

Earlier this year, Koch Disruptive Technologies (KDT) led a $160 million funding round in Desktop Metal, a three-year-old startup specializing in 3D metal printing. The technology, KDT says on its website, could see major applications in design, shipping, logistics and other aspects of manufacturing.

“It’s a step-change in the design of metal parts that will allow us to build things we haven’t yet dreamed or that were previously considered impossible to create,” KDT stated on its website.

Last year, the industrial-technology and engineered-equipment unit of Koch Industries bought a controlling stake in Genesis Robotics, a Canadian company that seeks practical use of robots in industrial fields.

In 2017, KDT invested in InSightec, a surgical tool maker that develops ultrasound technology with a goal of eliminating the need for incisions during medical operations.

Koch Industries acquired a stake in another medical device maker called Windgap Medical this year through its subsidiary, Molex Ventures. Windgap Medical’s latest product is an epinephrine auto-injector that can separate wet and dry components and mixes them at the time of use, therefore making lives easier for patients who rely on the drug.

Koch Industries has invested in a number of companies in the lucrative enterprise software sector. One of its recent investments was a $125 million funding round through KDT in D2iQ, a San Francisco startup making cloud-based enterprise software.

The Koch family also owns a $1.5 billion stake in leading industry player Infor Enterprise Applications, which is known for its industry-specific software suites. The company is in the pre-IPO stage. 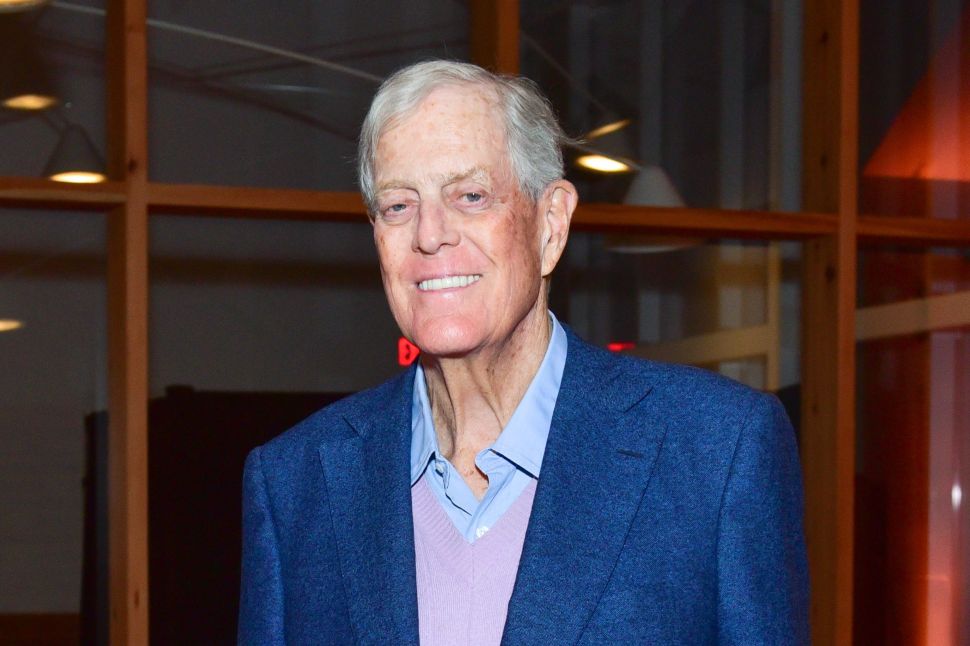