On Thursday, Toy Story 4 officially crossed the $1 billion mark at the worldwide box office, giving Disney a record five films in 2019 to have surpassed that vaunted benchmark.

With Maleficent: Mistress of Evil, Frozen II and Star Wars: The Rise of Skywalker still to come, the Mouse House is expected to cushion its lead over its own 2016 record, in which four films earned as much. But you didn’t come here for an obvious reminder of Disney’s box office dominance nor its well-structured battle strategy. You came here to unearth future contenders.

Here are six non-Disney movies arriving in the next year that could threaten the magical $1 billion mark.

Jumanji: The Next Level (December 13)—Sony

Dwayne Johnson still wields franchise-making star-power at the box office, especially when he’s surrounded by a talented cast such as Kevin Hart, Jack Black and Karen Gillan. In 2017, many thought Sony was crazy for positioning Jumanji: Welcome to the Jungle against Star Wars: The Last Jedi in December. Yet the enjoyable action comedy rode the holidays to a studio-record $404 million domestic and $962 million worldwide.

Sony is running back the same approach with The Next Level squaring off against The Rise of Skywalker. It’s not outside the realm of possibility that the sequel inches closer to $1 billion thanks to its built-in fan base, favorable release schedule and added value elements.

Yes, we’re well aware of all the behind-the-scenes drama that has plagued the untitled upcoming James Bond film. But it’s not as if a troubled production has prevented films from breaking out before. Jaws went 100 days over schedule and 125% over budget, and that turned out alright.

The two most recent 007 flicks, Skyfall ($1.1 billion) and Spectre ($880 million), are the two highest-grossing entries in the entire franchise (though the series isn’t quite the moneymaker you think it is). Throw in a touch of inflation, the casting of reigning Best Actor winner Rami Malek, and the interest in seeing Daniel Craig’s final turn as Bond, and you can see a clear path to $1 billion.

The two most recent Fast & Furious films each earned more than $1 billion in overseas ticket sales alone. Spinoff Hobbs & Shaw is currently enjoying a healthy box office run, and, even though Johnson and Jason Statham won’t be in the ninth installment, the brand remains incredibly strong worldwide.

But if there’s one obstacle that could prevent the film from joining its $1 billion brethren, it’s waning domestic interest. The Fate of the Furious ($226 million) earned 36% less than Furious 7 ($353 million) at the North American box office. Is that just a blip on the radar or a sign of things to come?

Next year is going to be a big one for WB. Pushing Gal Gadot’s Wonder Woman sequel back from November of this year to the same slot the original occupied in 2017, when it scored $413 million domestic and $821 million worldwide, was a smart move.

The creatively bombastic but comparatively thinner Aquaman managed to earn $1.1 billion worldwide, mainly thanks to a gargantuan $813 million in foreign sales including nearly $300 million in China. Wonder Woman managed “just” $90 million in the Middle Kingdom but could improve on that with a bit more visual flare this time around (trust Patty Jenkins). Overseas audiences do love themselves some CGI mayhem.

The Secret Life of Pets 2‘s disappointing box office returns may have brought Universal’s animation division Illumination Entertainment back down to earth. But the Despicable Me and Minions brand remains a consistent money maker. Not a single film in either series has grossed less than $250 million domestic; three of the movies have grossed at least $970 million worldwide; and 2015’s Minions took in $1.1 billion. There’s a foundation of success here.

Give Universal credit for surviving Hollywood’s franchise wars without the aid of superheroes. Ideally, Minions 2 will be a bounce-back effort for Illumination.

Christopher Nolan is a brand unto himself, and over the course of his stellar 10-feature filmography, he’s proven to be the rare creator capable of drawing audiences to blockbuster original concepts en masse. He may not boast a $1 billion hit outside of The Dark Knight trilogy, but Inception ($828 million) came close and the mysterious Tenet is rumored to play in a similar sandbox. With a budget hovering around $225 million, the film is one of the most expensive of Nolan’s career.

Tenet sports an impressive cast that includes John David Washington and The Batman-empowered Robert Pattinson. There seems to be an extra layer of excitement for this sci-fi spy blockbuster compared to Nolan’s World War II feature Dunkirk. 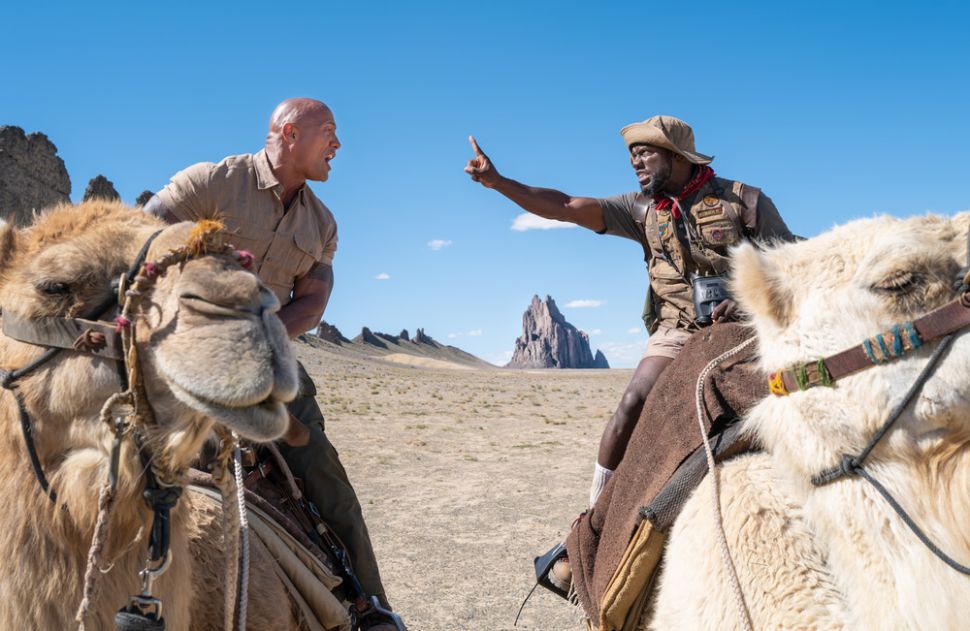