In July, Disney broke its own 2016 worldwide box office record of $7.61 billion, and it did it with five months left in the year. As October’s Maleficent: Mistress of Evil, November’s Frozen II and December’s Star Wars: The Rise of Skywalker all thunder into theaters, the Mouse stands to threaten the unheard of $10 billion mark when all is said and done. But you don’t need a refresher in Disney’s box office dominance. You’re well aware of the studio’s tortoise and the hare lead in Hollywood’s franchise wars. But as is only human, success breeds haters. Disney’s epic stretch of victories over the last decade contrasted with the film industry’s continued struggles against the advancement of streaming has convinced some audiences that Disney is the enemy of cinema.

In reality, we are to blame. Disney isn’t a monster, it’s just the studio best-suited to survive today’s movie marketplace—an ecosystem we shaped ourselves.

SEE ALSO: Will Hollywood Ever Allow Us to Stream New Theatrical Releases?

Around the year 2000, the six major film studios were releasing a combined total of roughly 200 films per year. Today, that number has been reduced by roughly 25% (last year saw the Big Six release 114 films theatrically). Why? The last two decades have seen a dramatic rise in at-home entertainment—DVD and Blu-ray, a striking improvement in television quality and the dawn of the streaming age. By the end of the year, some 520 scripted series will have aired. As a result, the theatrical model has bore the brunt of the growing volume of attractive home entertainment options bombarding consumers over the last 20 years. North American ticket sales have been steadily declining since 2002, and, in response, the parameters of a worthwhile theatrical gamble have constricted.

Studios have become far more economical in their big screen investments out of necessity, which also means that all of Hollywood has become far more risk-averse. New-to-screen concepts are incredibly difficult to launch in today’s narrow theatrical marketplace. As much as audiences decry Hollywood’s lack of originality, the truth is we vote with out wallets. So when original and diverse fare such as The Hate You Give, Booksmart and Late Night all flop, studios get very skittish about ideas that aren’t connected to pre-existing properties. We can’t criticize the industry while simultaneously turning our backs on the type of content we claim we crave.

If Disney were declared a monopoly and split into three companies, audiences wouldn’t magically start seeing Stuber, All the Money in the World or Midsommar in theaters en masse. You’d have multiple ‘new’ studios that would all make ‘Disney type’ movies, specifically the kind of conventional IP-and-character-specific franchise offerings that now make up the stereotypical studio release.

In this vacuum, Disney has emerged as the most well-equipped studio to leverage the changing viewing habits of audiences. CEO Bob Iger has spearheaded a brilliant brand-acquisition strategy over the last 15 years that has brought marquee studios such as Pixar, Marvel, Lucasfilm—which have combined for roughly $34 billion at the worldwide box office since being acquired—and 21st Century Fox under the Disney umbrella. This is the single-best collection of intellectual properties in all of Hollywood. Marvel is the most consistently successful creation in Hollywood history; Star Wars is arguably the most revered American film franchise; and Pixar is a four-quadrant family-friendly goldmine. Throw in Fox’s juicy Avatar franchise and Disney’s homegrown animated and live-action divisions and you can see why they’re leading in an era in which audiences only trust established titles.

Scale is all the rage today in Hollywood and repetitive cash flow i.e. sequels are at the core of that strategy. The driving force behind Disney’s acquisition of Fox was a desire to better compete with Netflix—a studio that seamlessly controls both production and distribution. The only way to compete with that type of verticilization is to bulk up and expand your sphere of influence. As of this writing, Disney controls an unbelievable 38% of the domestic box office. The next closest mark of the last 20 years is… Disney in 2016 (26.3%). One reason for this is because Disney, with its vast war chest of must-see IP, is best suited for the current release model.

Thirty years ago, multiplexes would play every available mainstream movie, giving ticket-buyers a bevy of options to choose from on a Friday night. Now, multiplexes play the one or two biggest films on multiple screens throughout the day. This has further emphasized the importance of a film’s opening weekend which is tailor made for Disney’s conversation-dominating content. If you don’t see a Marvel or Star Wars blockbuster right when it hits theaters, you fall prey to spoiler culture, a consumer’s greatest fear in the informational social media age. Avengers: Endgame dismantled all understanding of modern debuts when it earned a record $357 million upon release; 12 of the 23 MCU features have earned at least $100 million in their opening frames.

Disney’s power at the moment enables it to strong-arm theater chains into forking over an unheard of 65% of ticket sales. That may make them a bully of sorts, but certainly not an enemy. If you got it, flaunt it, right?

The Mouse House’s success has had a ripple effect on other studios with many chasing their own shared cinematic universe following the success of the MCU. Prime real estate on the release schedule has also become more difficult to come by. No one wants to compete with the Magic Kingdom, so opposing studios flee the weekends that Disney has already claimed which compresses the schedule and makes it harder for rival tentpoles to take off at the box office.

As much as we’d like to project our industry fears onto an evil boogeyman, the hard truth is that Disney is simply taking advantage of the cinematic environment audiences helped create. They just happen to be better at doing so than everyone else right now. 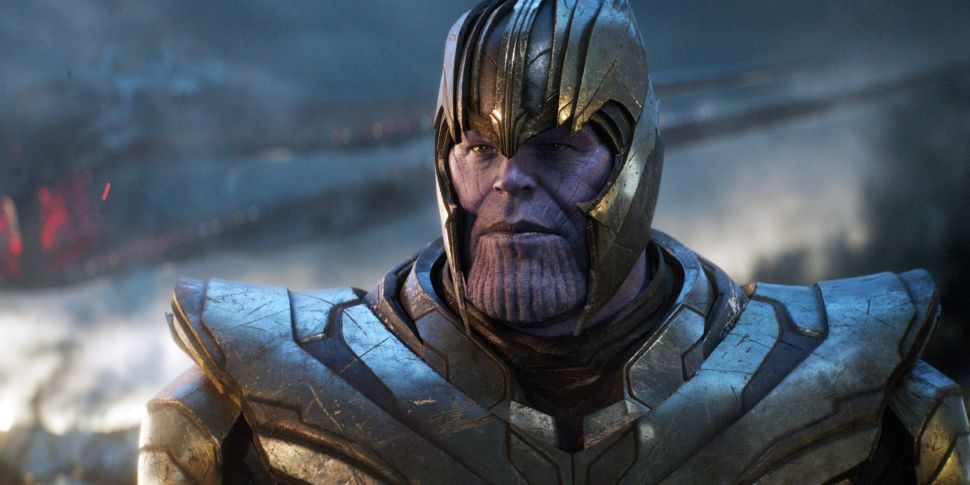