To paraphrase Ridley Scott’s Prometheus, a king has his reign and then it ends. It’s inevitable. Bob Iger was named Disney’s CEO in 2005, and 16 years later, he’s set to step down from the position in 2021.

Since Iger took over, Disney’s stock price has risen from $24 to $134 (as of this writing), a 458% increase. Under his leadership, Disney was an early adopter of licensing content to streaming services, creating nine-figure annual revenue streams for the company. At Iger’s behest, Disney aggressively sought out high-profile brand acquisitions such as Pixar Animation, Marvel Entertainment, Lucasfilm and 21st Century Fox. These additions helped transform Disney into the undisputed top theatrical studio in cinema and set the company up as a legitimate threat to Netflix in the streaming wars.

SEE ALSO: New Study Confirms We Love Disney More Than Any Other Brand

But soon, Iger will be stepping away, leaving Hollywood’s No. 1 target without its top general.

Though his departure isn’t imminent, Disney has been actively planning its line of succession for some time. So it’s never too early to start thinking about what kind of leader Disney will turn to next and whom that might be.

What Is Disney Looking For?

Past performance is not always a prime indicator of future success in the volatile entertainment media landscape. Disney’s next CEO must be capable of much more than simply greenlighting the next Toy Story sequel and deciding what to do with the next Star Wars exhibit. Disney is one of the most global brands in the world; a multi-dimensional and multi-faceted conglomerate that encompasses consumer products and interactive media, parks and resorts, theatrical films, television, direct-to-consumer streaming, cruise lines and more. As such, the next CEO needs to be an observant overseer, as well as an effective taste maker.

“The big challenge you often see in entertainment is an over-focus on understanding Hollywood and that specific bubble,” Allen Adamson, co-founder of marketing consultancy agency Metaforce and NYU Stern adjunct professor, told Observer. “But the critical thing for Disney is appreciating how huge and global of an operation it is. Whoever steps into that role needs to be an incredibly spectacular manager of talent. If you’re not an extremely strong leader and manager, you’ll get eaten alive.”

We’ve seen powerful executives struggle to fit in amongst the Disney machinery before; Michael Ovitz’s 16-month tenure in the 1990s is still the stuff of legends, whispered about on golf courses throughout Los Angeles. The trick is to find a shot-caller with a mix of bold inventiveness and steady reliability. This person needs to chart an external course through the ever evolving marketplace, while smoothly steering the massive internal ship.

“Disney needs someone comfortable taking big bets and big risks,” Adamson said. “The entertainment business is notoriously hard to manage risk free. The challenge will be for them to digest all of the properties Disney has acquired. The bigger the company, the more difficult it is to be agile, creative and innovative.”

Who Fits the Bill?

There’s a reason why consolidation, scale and verticalization are gripping the industry in a holding pattern of massive mergers and acquisitions. The entity that owns the greatest share of eyeballs will be the big winner in many areas of media consumption. Those who can deliver that desired result, especially as Disney prioritizes direct-to-consumer business above all else, and understand its ripple effect throughout Disney’s diverse portfolio will be seen as favorites.

“It is critical that Disney focuses on the business outcomes that will allow it to maintain its visionary, dominant role in creating a streaming powerhouse,” Al DiGuido, president & CRO of outcome relations agency N6A, told Observer. “The ability for the company to engage their target audience via hyper-relevant and engaging content is critical to the success of other business entities within the overall company—parks, merchandising, etc.”

All of the experts we spoke to agreed that it would be surprising to see Disney tap someone from outside of the company to succeed Iger. There is no need for a drastic shake-up, especially as Disney’s leadership has been charting this path for years. The challenge, instead, is for the Disney board to find someone who can maintain momentum, prioritize the most strategic business outcomes and seamlessly transition between regimes without attracting any Wall Street pessimism.

Mayer is Disney’s longtime strategic leader and has played a role in key acquisitions under Iger, as well as overall strategy for digital investments. In the most recent hierarchical reshuffling, he was named chairman of Disney’s direct-to-consumer business in addition to its international division.

“It is easy to argue that Kevin now controls the avenues of highest-potential growth (inclusive of streaming services) and Kevin’s candidacy may rise or fall based on the quick-launch of these services,” David Gabriel, a managing partner at executive search firm H.I. Executive Consulting, told Observer.

Chapek served as Chairman, Walt Disney Parks and Resorts, since 2015. Prior to that he was President of Disney Consumer Products. In March 2018, as part of the company’s strategic reorganization of its businesses, Chapek assumed additional responsibility for all of Disney’s consumer products operations globally, as Chairman of Parks, Experiences and Consumer Products.

“[Chapek] performed extremely well as head of parks & resorts and, while maybe not the same potential growth as Kevin’s area, Disney parks, experiences and products is obviously high-profile and critically important to the company,” Gabriel explained.

Rice is chairman of Walt Disney Television, as well as co-chair of Disney Media Networks. As the former president of 21st Century Fox and former CEO of Fox Networks, he was, for all intents and purposes, as close to Iger’s counterpart as there was at Fox.

“A big question will be whether the board sees his ‘outsider essence’ (joining at the point of the Disney-Fox deal in 2018). How will that assessment shape up as to his ability to lead in and through the Disney corporate culture?” Gabriel said.

Will one of these three rise to the top in Iger’s absence? Start placing your bets now because the rest of the world is eyeing the situation with intense scrutiny.

A previous version of this story listed Bob Chapek as the former head of Disney parks & resorts when in actuality he remained in that position and was put in charge of the newly formed Parks, Experiences and Products division in March 2018. 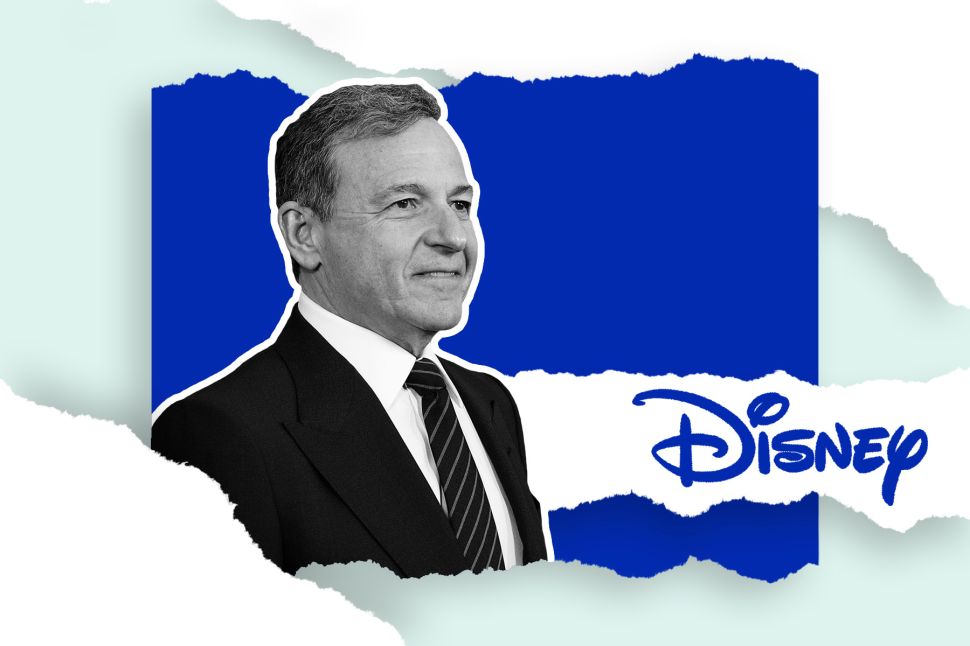