Edward Hopper groupies (Hop-heads?) have cause to rejoice: the Virginia Museum of Fine Art (VMFA) is turning one of his realist masterpieces into a hotel room available for overnight stays.

The project, called “The Hopper Hotel Experience,” offers visitors the chance to sleepover in a recreation of Hopper’s 1957 Western Motel, a work of art the institution is loaning from Yale University Art Gallery. This exclusive experience is part of “Edward Hopper and the American Hotel,” a major exhibition forthcoming from VMFA that focuses on Hopper’s longstanding fascination with hotels, motels, tourist homes and apartments.

SEE ALSO: Live Like You Own the Mona Lisa: Airbnb Offers a Night Alone in the Louvre

Dr. Leo G. Mazow, Curator of American Art at the VMFA, told Observer, “Western Motel is one of his best known and most studied paintings. We thought it’d be fun and enlightening for people to experience what it was like to be in these spaces, which Hopper stayed in so often and painted so frequently.”

Ticket sales begin at the end of the month for Friday, Saturday and Monday nights during the exhibition. Packages will range from about $150 per-night to around $500. Each package comes with different amenities, like a gift card to one of the area’s swankiest restaurants or special access to exhibitions.

The show, which surrounds the boutique lodgings, is immense. Sixty works by Hopper will be on display alongside thirty-five pieces from other artists who likewise exhibit a particular fascination for the American hospitality industry. This supporting cast includes the likes of Cindy Sherman, Ed Ruscha and John Singer Sargent, alongside diary entries written by Edward Hopper’s wife Josephine.

“American hotels have, since the 19th century, differentiated themselves by their kind and degree of hospitality. In the U.S., the word hotel refers to a place, and a social function. There are these expectations at a hotel that exist outside of what we think of as everyday life. A lot of that, though, is understood best by what these structures are not, which is home or permanent,” said Mazow.

Hopper, who was born in 1884 and died in 1967, remains celebrated today for his ability to capture daily life from the Great Depression through the start of the Cold War. His stark vision encapsulated the distinct auras of loneliness and isolation that marked those eras.

Josephine Hopper basically gave up her own promising art career to support Edward’s. She often modeled for the women figures in his compositions, and was an integral partner in his art making process.

Thoughts from her diary and postcards are prominently displayed, giving an outline of her continent-crossing journeys with Edward. Their tumultuous relationship is a persistent theme.

“You don’t have to look far into the diaries to see the stresses this relationship goes through,” said Mazow,” but it also shows the strong presence Josephine had in Edward’s professional practice. These are wildly different individuals who had a deep love for one another. She was outgoing, and he was taciturn, methodical. It’s a stark contrast.”

“Edward Hopper and the American Hotel” will premiere at the VMFA on October 26 and run through February 23 of next year. After that, the show will reside at the Indianapolis Museum of Art at Newfields between next June and September. While Western Motel will travel to Newfields, the “Hotel Experience” very well may not.

The “Hopper Hotel Experience” gives fans of American realism an unrivaled opportunity to see through the eyes of this modern master. Tickets are sure to go quick, so stay tuned to VMFA to book your stay before the No Vacancy light switches on. 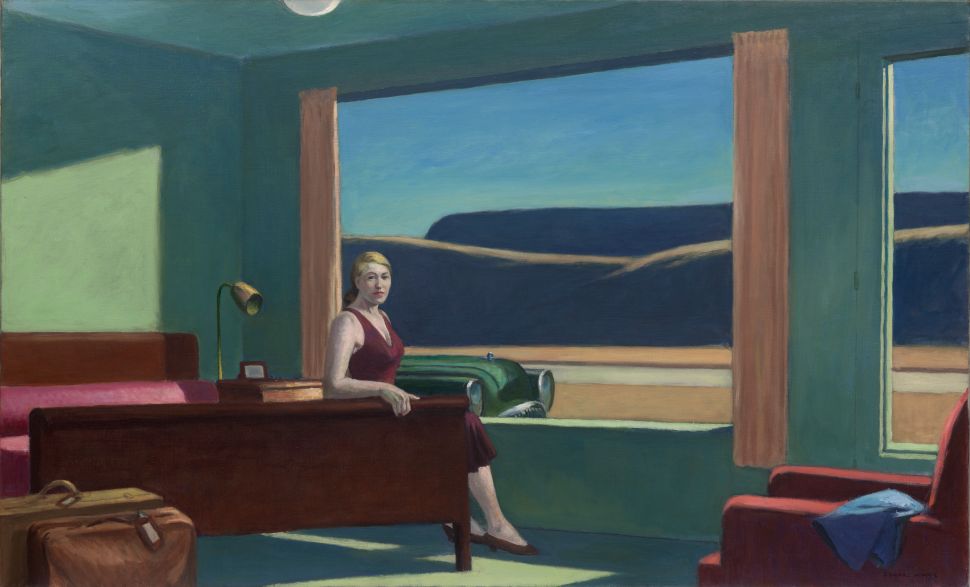