It’s been just one month since Ellen DeGeneres and Portia de Rossi’s last real estate move, when they discounted the price tag on their Santa Barbara home by $1 million, but the couple is already at it again. DeGeneres and de Rossi have parted with their spare Beverly Hills home after less than a year of ownership.

DeGeneres and de Rossi purchased the 5,100-square-foot Hollywood Regency-style home in the Trousdale Estates area for $15 million back in September 2018, but it wasn’t meant to be. The duo listed the property for $17.95 million mere months later, in March 2019, and after briefly taking it off the market, tossed it back up for sale. Alas, they didn’t net quite the haul they were hoping for, as they’ve just officially sold the five-bedroom, four-bathroom estate for $15.5 million, as first spotted by the Los Angeles Times.

The property was originally built in 1962, and was designed by architect John Elgin Woolf. It was previously the longtime home of late actress Marjorie Lord.

The single-story house was “completely” restored and renovated in 2019, per the listing held by Westside Estate Agency broker Kurt Rappaport. The open, airy kitchen has a massive marble island and white cabinetry, with an adjacent dining area.

The living room has a fireplace and sliding glass doors that lead to covered outside lounging and dining areas. Both of the extra media rooms have built-in shelving.

All of the bedrooms have floor-to-ceiling glass doors that lead to the aforementioned outdoor space, while the master suite also has access to a private terrace.

DeGeneres and de Rossi are constantly buying and selling homes all over California, but we’re not too surprised they ended up putting this one on the market, despite the rather brief period of ownership. After all, they paid a hefty $45 million for Adam Levine and Behati Prinsloo’s Beverly Hills mansion, so perhaps they’re planning on maintaining just one home in the ritzy enclave…at least for now. 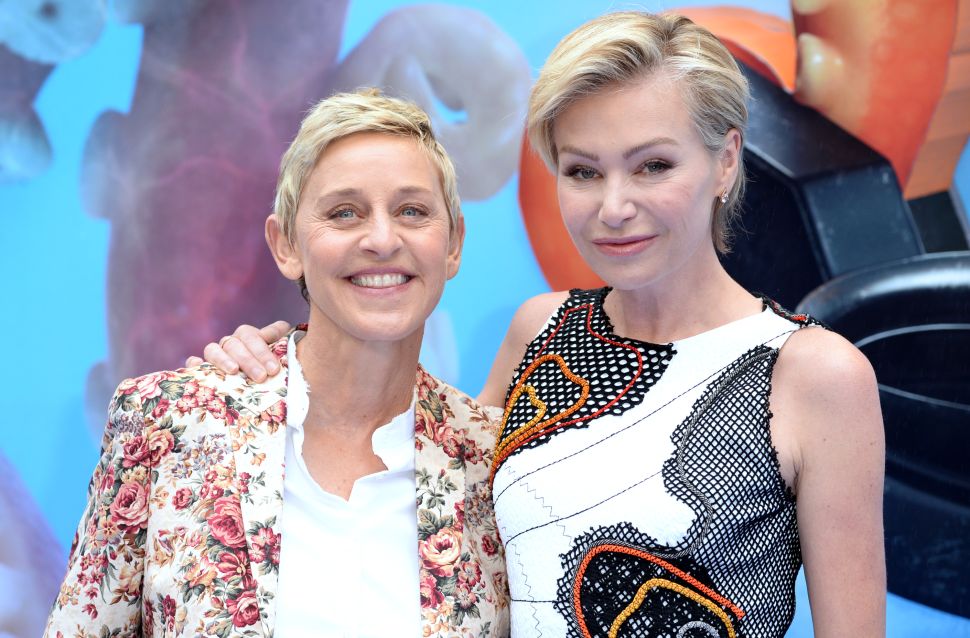