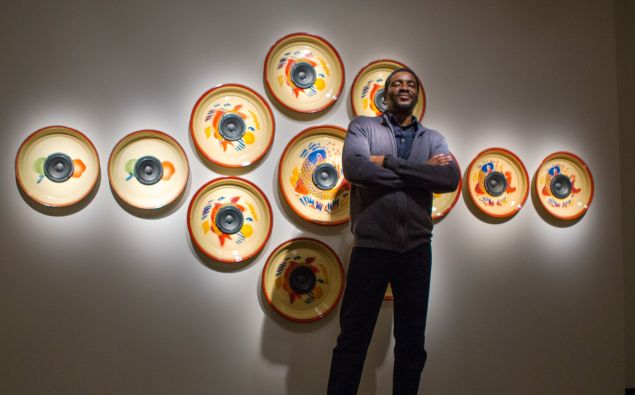 Emeka Ogboh with his work at the Smithsonian National Museum of African Art in 2016. NurPhoto via Getty Images

Born in Nigeria in 1977, the artist Emeka Ogboh first gained international recognition a decade ago as a sound artist, recording the bustle of Lagos, a busy shipping port and the largest city in Nigeria. The work earned him the title of a rising star in the arts, made all the more remarkable because he did it without gallery representation or really any self-promotion to speak of. Since expanding into other mediums, his work has only continued to garner followers. And while the form has changed, we are now able to see the thread that runs through this oeuvre: a specificity in dealing with concepts of place (other works, for example, have examined the financial crisis in Greece and the nationalism and xenophobia playing out in Germany).

Almost always dealing intimately with issues of migration and post-colonialism, which are central to the United States’ current political landscape, it’s fitting that his latest project, a specially-commissioned work, is coming to an institution in America’s Heartland—the Cleveland Museum of Art. Ámà: The Gathering Place opens August 2 in the Ames Family Atrium, the central glass enclosed space that was erected during the museum’s renovation project in 2012.

The installation, comprised of sound, textiles and sculpture, is the first in a series of large-scale contemporary installations that the Cleveland Museum of Art plans to commission from now into the future. Ogboh’s exhibition will center on the atrium’s role as a social place of convergence, as demonstrated by its title. Ámà is the name for the village squares in southeast Nigeria, parallel spaces of social gathering.

With the new installation, Ogboh interrogates the relationship between the Cleveland Museum of Art’s large atrium and the Igbo village square. In the Museum’s description of the exhibition, Ogboh describes how “both sites are contact zones, spaces of gathering and ritual activities in their respective settings.” Given that Ogboh’s work still frequently deals with auditory identifiers, it is intriguing to imagine the parallels that might arise between the hushed murmur of an art museum and the patter of Nigeria’s cities. 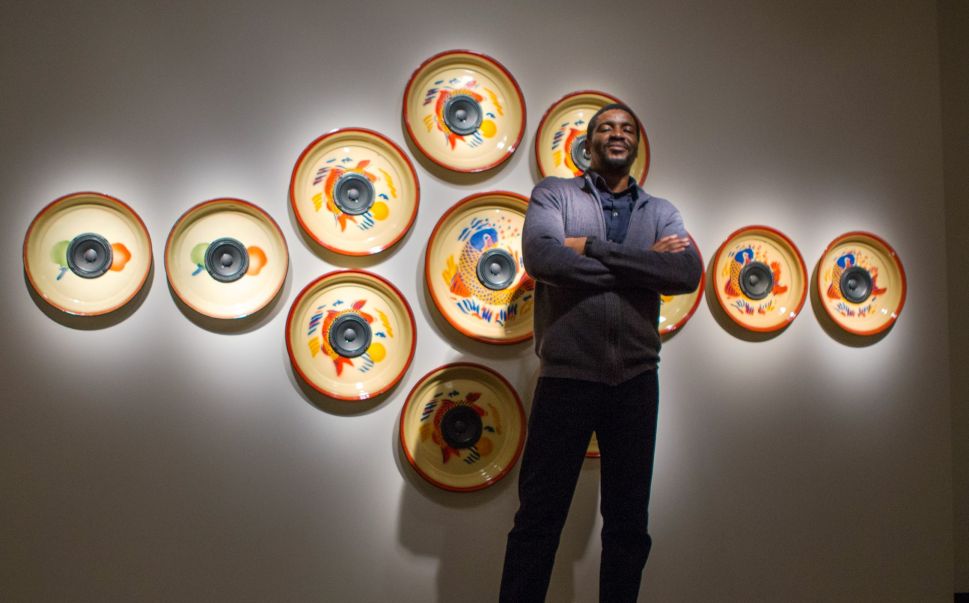