Russia has created a humanoid robot with the purpose to assist with space missions. Already this might raise a red flag in your mind. But rest assured, Russia has finally created a bot for the benefit of good!

Now, if you have seen any dystopian future sci-fi movies over the past few years, here’s where it might sounds sketchy; Fedor will spend 10 days on board the ISS. During Fedor’s time, the humanoid robot will learn tasks performed by its human astronaut counterparts.

The robot was developed by Android Technologies for the Russian Foundation for Advanced Research. Fedor is just one of a series of robots specifically designed by the group, since 2014, to copy human movements. Its aim is to help with high-risk tasks aboard the ISS that are too dangerous for human beings. Fedor also comes equipped with built-in sensors that can measure G-forces exerted on human passengers, as well as vibration and temperature readings.

An operator can control Fedor in telerobotic mode by using a virtual reality headset. (Though, let’s hope that VR headset doesn’t get into evil hands.) One of the long-term goals is for Fedor to conduct spacewalks—and hopefully render some robot whoop-ass if it encounters any unfriendly space aliens.

“Future generations of such robots will solve tasks that are potentially of special risk for humans, such as extravehicular activities and telemetry operations on solar system bodies,” Alexander Bloshenko, director of advanced programs and science at the Russian space agency Roscosmos, told Space.com.

Russia didn’t beat us in the humanoid robot space race. In 2011, NASA sent up Robonaut 2, a humanoid robot developed with General Motors for a similar high-risk working purpose.

Upon the Tuesday docking of the spacecraft with the ISS, Russian President Vladimir Putin told the crew he hoped Fedor “will give you the help you need and support in your interesting work that is needed by all of us.”

Could this statement possibly be interpreted as an ominous sign of things to come?

Perhaps NASA should screen Ridley Scott’s Alien to fully see what happens when a humanoid robot goes on a killer rampage?

Or maybe design a kill switch for Fedor… to prevent what happened with HAL 9000 in 2001: A Space Odyssey?

But so far, so good with Fedor. The robot is getting along fine with the humans, and its next move might be a spacewalk outside of the ISS. 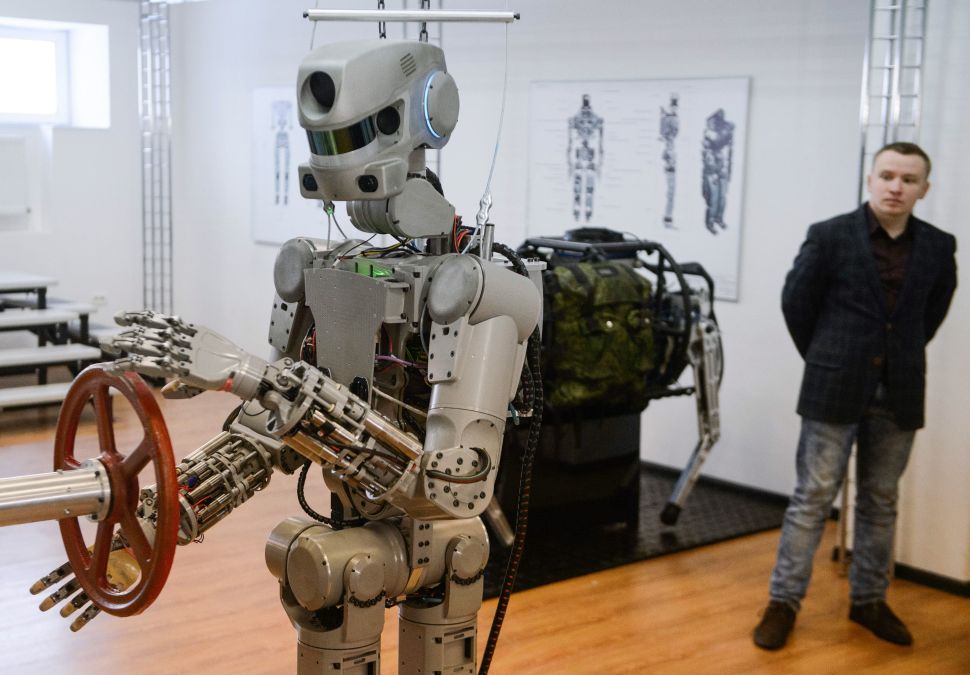