Among Detroit’s “Big Three” automakers, Ford was the only one that came out alive from the Great Recession. But some of its younger challengers don’t think it will have such luck when the next economic downtown strikes. Tesla’s Elon Musk, for one, has predicted that the 116-year-old automaker won’t survive the next recession with the amount of industry disruption his electric car company is about to bring.

“[Large car manufacturers] have already spent the capital for the factories. GM and Chrysler still went bankrupt in the last recession. Ford and Tesla made it barely through the last recession. There’s a good chance Ford doesn’t make it in the next recession,” Musk said in an interview with now discontinued Recode last year.

Musk has also picked on Ford’s working conditions, comparing the company to “a morgue” in a June 2018 interview with The Wall Street Journal, which subsequently ignited a Twitter fight with Ford’s communications chief.

Hackett, who took the helm of Ford just two years ago, has made a conscious effort to bring back Henry Ford’s vision and values to his employees and audience whenever the opportunity fits. In an interview with CNN’s podcast series, “The Table,” in Detroit this week, Hackett turned to Henry Ford again when asked about his thoughts on Tesla’s impact on the auto industry and Musk’s harsh opinions of his company.

“I happen to compete with a rocket scientist who’s really smart, and I respect that about him,” Hackett said of the Tesla CEO who also runs SpaceX. “And yet, he’s competing with the ultimate disruptor, Henry Ford.”

Hackett stressed that Ford has a far longer history of successfully disrupting America’s auto industry than Tesla and is confident to keep doing so in the 21st century.

“Henry Ford said he wanted to open the highways to all mankind. The car for him was a human play,” he said, alluding to the Ford founder’s vision of autonomous driving, an area the automaker—as well as its competitors—invest in heavily.

Ford began testing self-driving vehicles last year in Miami. Hackett explained that he purposefully picked the city for its wild traffic conditions so that the artificial intelligence system driving the cars can “learn” faster. “There are some aggressive drivers there,” he said jokingly.

Ford is also deepening its reach in the self-driving game through acquisitions and direct investments. Earlier this year, it wrote a $1 billion check to Pittsburgh-based Argo AI, an autonomous vehicle platform company. Ford also recently agreed to back Detroit-based electric truck startup Rivian in a $2 billion deal through a partnership with GM and Amazon.

Hackett said Ford is ready to roll out fully self-driving cars in 2021, if regulators allow these machines to hit the road without a human safety driver on board.

Consumer acceptance will be another difficult issue to tackle. Various surveys have shown that Americans are not ready to ride in a fully autonomous vehicle, despite growing evidence showing that the robots driving the cars are getting smarter and smarter.

“The technology [we have now] never existed before these last three years… Machine learning gets better. The rubric of this is how do we create trust,” Hackett said. “You’d go on to an airplane, right? The doors are closed; you are way up high, but you know they are safer than they [have] ever been.” 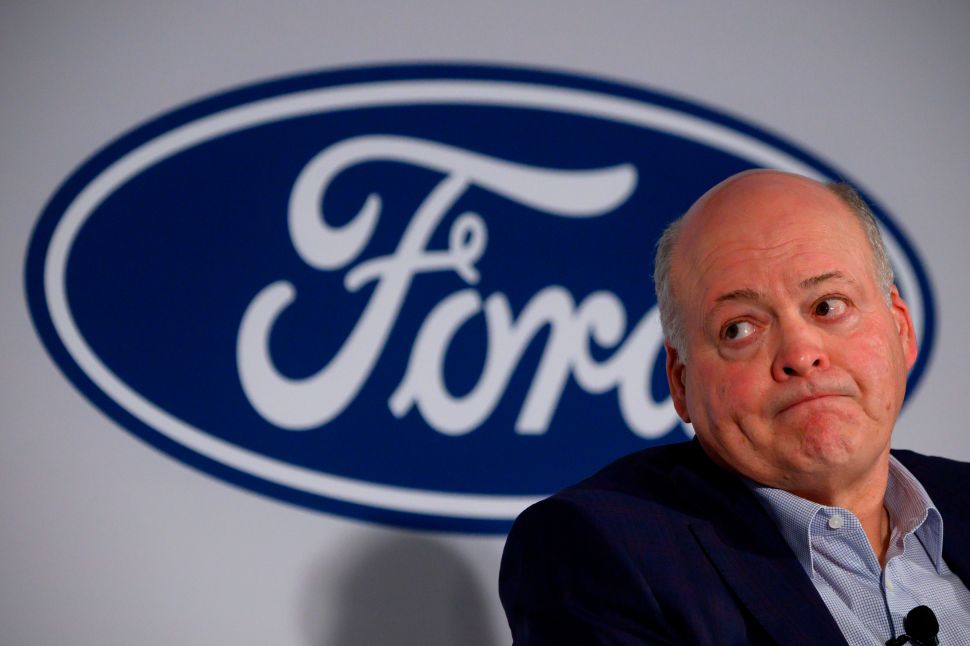