Fossil-owned Misfit has introduced its latest smartwatch, the Vapor X.

The new watch is said to be the company’s “lightest and most comfortable” design to date, boasting a battery that lasts a full day and even iOS-enabled voice calling. That means iPhone users can take a call on it the same way they would with an Apple Watch.

Like its other digital watches, Misfit’s Vapor X will run on Google’s Wear OS, Google’s Android operating system for third-party smartwatches and wearables.

The Vapor X launched at a promotional $200, but its price will be bumped up to $279.99, making its cost comparable to the Apple Watch. Greg McKelvey, Fossil Group’s executive vice president and chief commercial officer, said during the Gen 5 release earlier this month that the Google software integration is part of Fossil’s larger strategy to offer customers a solid choice of design and capabilities.

“We’re closely aligned with our partners at Google to ensure we’re constantly iterating within the Wear OS by Google platform to deliver the most desired smartwatch features and benefits,” said McKelvey. “We listened to our customers and knew that longer battery life and tethered iPhone calls were essential in our nextgen products.”

Fossil has been on a multi-year run to compete with big wearable players like Apple via its Misfit brand, which it acquired back in 2015 for $260 million. The fashion label recently entered a partnership with Google that brings together its Misfit accessory designs and the tech giant’s Android operating system.

While the Misfit line hasn’t come close to the Apple Watch’s enormous popularity—it’s currently the most popular smartwatch on the market—its focus on appealing to “hybrid” smartwatch customers is apparent. Fossil’s goal is to attract wearables buyers looking to combine its fashion-forward watch design with a decent amount of wellness features, such as a heart rate sensor, GPS and music player. 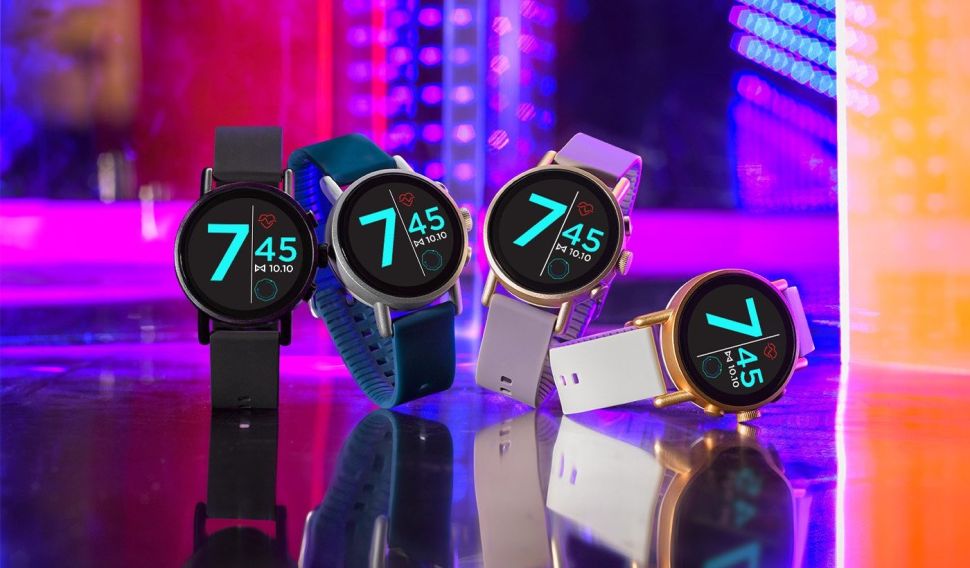