On Friday, a spokesman for the company Weinberg Properties told Bloomberg that Gagosian Gallery has signed off on a long-term lease for a 7,900 square foot space on West 24th Street; this new acquisition is conveniently placed right next to Gagosian’s existing behemoth gallery on the same block, which clocks in at 26,000 square feet. Despite the recent proliferation of temporary and radical galleries popping up in many different neighborhoods around New York City, it’s an undisputed fact that the Chelsea area has ruled the roost when it comes to having established gallery presence for many, many years. In 2007, for example, there were 362 separate gallery spaces which could claim residence in Chelsea. Cut to 12 years later, and there’s a much different landscape to be contemplated.

Larry Gagosian’s gallery empire is already the largest of its kind in the world, so this Chelsea expansion probably has less to do with necessity and more to do with grandstanding for grandstanding’s sake. Blockbuster tech companies and ambitious startups are always trying to stake their claims to lavish campuses, and Gagosian’s stretching out on West 24th street probably stems from a similar impulse to declare one’s enterprise the biggest name in town.

Plus, the space in question happens to be conveniently unoccupied, in part due to the imprisonment of one of its former renters: legendary gallerist Mary Boone, who’s currently serving out a 30-month sentence for falsifying tax documents.

With the imposing Whitney Museum of American Art staking its claim to the dividing line between Greenwich Village and Chelsea, it makes sense that major Chelsea galleries are reconsidering how best to entice potential buyers and visitors. Of course, it seems like the most pertinent move would be to ensure that your gallery consistently features artists who’ve made thrilling and desirable work, but what the hell: slapping your name on every space within reach works, too. Or does it? 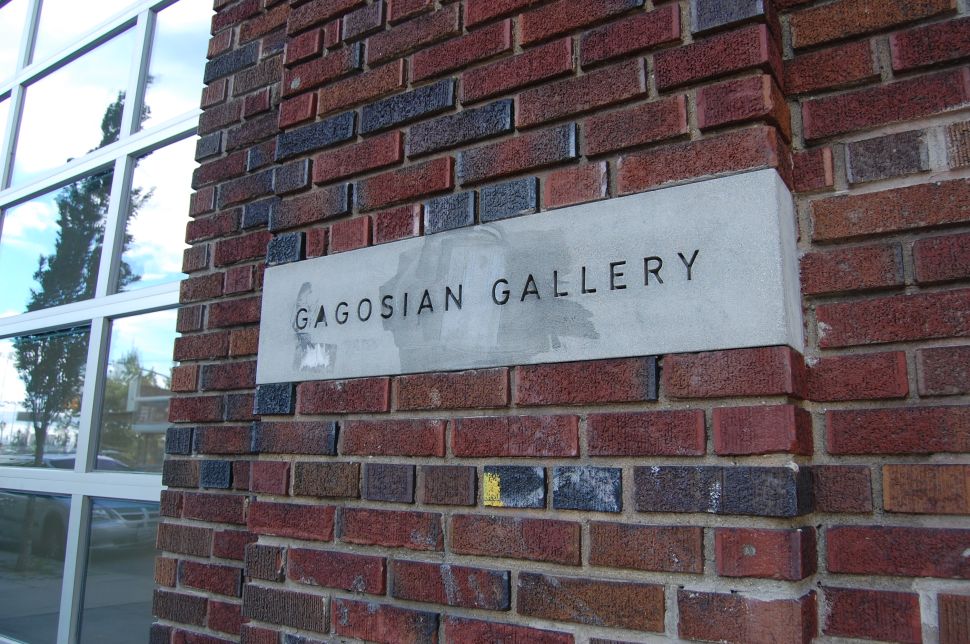