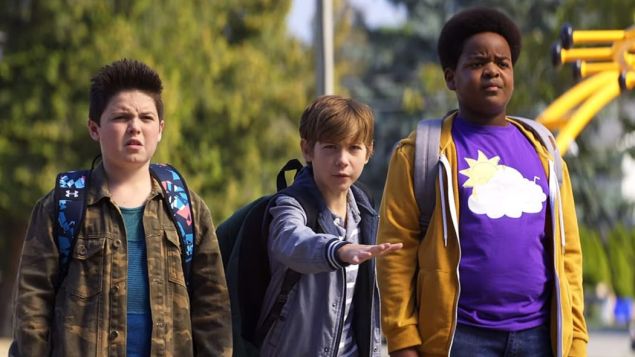 We need to have a talk about the F word.

Once the most powerful of curse words, now it is only the most ubiquitous, liberally used to punch up otherwise flat Twitter jokes, or tossed into press remarks by backbench presidential candidates in hopes of spiking their lagging poll numbers. The word is typically used to convey urgency, informality and regressiveness, but most of the time it’s just fucking lazy.

In their script for Good Boys, Gene Stupnitsky and Lee Eisenberg—a pair of writers from The Office who also penned 2011’s Bad Teacher—appear more attached to that word than Dora the Explorer is to her backpack. They use it constantly. It’s a tool to liven up a dull moment, add an accent to a joke or even stand as just the joke itself. Apparently there is really nothing funnier than a sweet-faced 11-year-old saying dirty words.

SEE ALSO: ‘Blinded by the Light’ Captures the Profound Effect Pop Culture Can Have at Its Best

Every ‘fuck’ in Good Boys registers as a quota filled, or a nickel pouring out of a slot machine and into a plastic cup. It’s a little dispiriting that the R-rated film’s commercial imperative to have as many obscenities in it as possible overrides most everything else, especially its commitment to its otherwise well-drawn characters.

Take for example the sensitive and thoughtful Lucas, wonderfully brought to life by Last Man on Earth‘s Keith L. Williams. His three great loves in life are following rules, anti-drug campaigns and mac and cheese. Yet still, at every opportunity, he curses. Each time he did it, I forgot about his plight—not only are his parents getting divorced, but his friends are forcing him to skip school—and thought only about the concept behind the movie he was in.

But it’s a credit to the film that the only reason I felt Lucas had been betrayed by the script was because I believed in him in the first place. The film engages in this strange push and pull—deeply respecting its characters’ journey in one moment,completely abandoning any interest in them the next as it shoehorns in an obscene gag—up until the very end. (It’s favorite joke, and the one it turns to the most besides the potty language, is the kids utilizing sex toys for reasons they are not intended for while not knowing what they are.)

The truth is, if you were to hoover up all the ‘fucks’ and the dildos that make the film a recognizable part of the Seth Rogen and Evan Goldberg R-rated comedy machine (the Superbad bad pair serve as producers), you would find underneath one of the more attuned films to address the tender moment when childhood is just falling away but adulthood is not yet on the horizon. The friendship between the main characters (they call themselves the Beanbag Boys because they sit on beanbag chairs during sleepovers) is trenchant, palpable and—thanks to the sensitive acting of the three young men of the title—quite moving.

Stupnitsky and Eisenberg (Stupnitsky also directs) find a rich vein for humor when they explore the mores of the middle school social scene, from its beanie-wearing tastemaker to the yellow-vested members of SCAB, or the Student Coalition Against Bullying. Like the UN’s White Helmets, they rush to the aid of anyone who may have had a cross word directed at them in the lunchroom.

Less successful is all the physical harm the kids endure, which include a separated shoulder, a punch in the face, and a harrowing sojourn across a busy highway that causes a major accident. These sequences may not be as funny as others, but neither do they register as particularly offensive or troubling. They are just extreme examples of the film’s penchant for naughty words: lazy jokes when more nuanced ones might work better.

Like that dash across the freeway, the dirty jokes, bad language and bursts of violence end up being something that we have to grit our teeth to endure to get a glimpse of the inner lives of these boys, which are far richer than we typically see from a Hollywood comedy. We may wish the boys had found another path, but at the same time, we feel fortunate to accompany them on their journey. 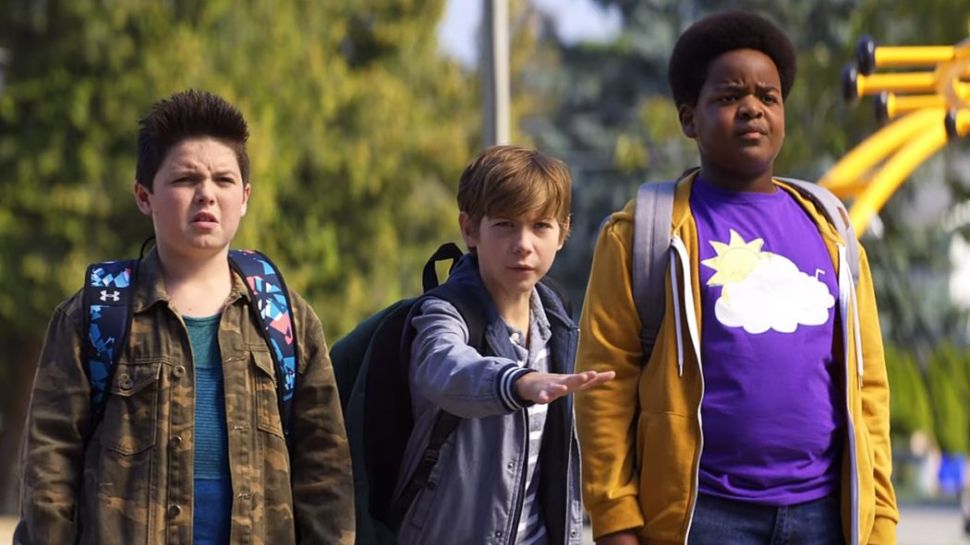