Gus Van Sant, director and celebrated chronicler of intimacy, has been studying painting since the 1970s, when he attended the Rhode Island School of Design. Now, decades into a luminous career that’s produced influential films such as Milk (2008) and Drugstore Cowboy (1989), Van Sant will show some of his canvas work to the world at his first New York City solo exhibition, which will debut in September at Vito Schnabel gallery. The show, entitled “Gus Van Sant: Recent Paintings, Hollywood Boulevard,” features a series of watercolors by the auteur that depict hazy male forms superimposed on city buildings, their spectral consciousnesses staining or permeating their surroundings.

“It’s like walking through both Gus’ life and imagination,” gallerist and dealer Schnabel told Artnet. “He put it all into a painting. Like his films and photographs, this is just how Gus sees the world.” For those unfamiliar with the breadth of Van Sant’s interests, he’s been working as a multidisciplinary creator throughout the entirety of his movie career; regularly showing his photography at the PDX Contemporary Art gallery in Portland and dabbling in musical composition. There’s a frenetic, pugnacious quality to Van Sant’s filmography: it’s perpetually unsettled, like the thought process of someone who can intuit what matters to them, and is more interested in experiencing that feeling personally than explicitly communicating their conclusions.

There’s also a playfully self-referential quality to Van Sant’s artistic practice, which suggests that the act of making work is perhaps more valuable than the reactions to it. In a memorable scene from the director’s blockbuster hit Good Will Hunting, Matt Damon’s titular character spots a watercolor painting of a lone man adrift in a small boat on his therapist’s wall. “It’s a real piece of shit,” Hunting scoffs. “The linear and impressionistic mix makes a very muddled composition.” That painting was made by Van Sant himself, and it sold at auction at Sotheby’s last year for $90,000. 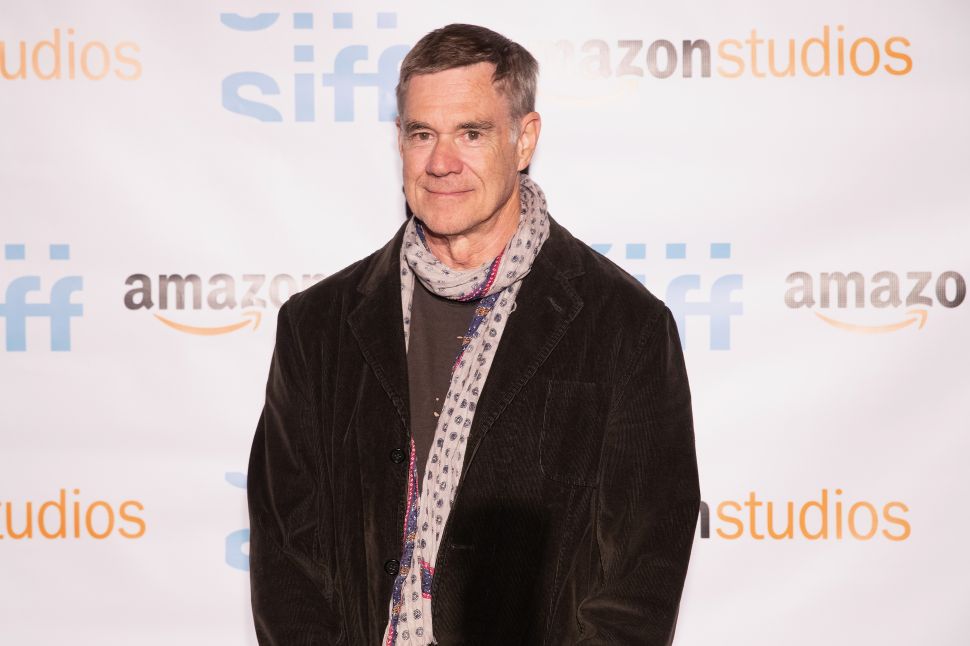