It’s been almost a year since Gwyneth Paltrow and Brad Falchuk tied the knot in a very Goop-y wedding in the Hamptons last September, but there’s still one big step the couple declined to take—moving in together. Paltrow let the world know earlier this year that she and Falchuk only live together about four nights a week, and on the other days stayed in their own separate homes.

Her reasoning was peak Goop, particularly the part where Paltrow disclosed that her intimacy teacher approved of the situation because they recommend polarity in a relationship.

SEE ALSO: Kylie Jenner Is Spending Her 22nd Birthday on a $250 Million Yacht

It wasn’t exactly a long distance relationship, as the jade egg-loving lifestyle guru and the American Horror Story producer and writer both owned homes in the Brentwood neighborhood in Los Angeles. But now, the two are ready to finally cohabit.

Paltrow told InStyle that “Married life has been really good. We took a year to let everybody [in the family] take it in and let the dust settle. And now we’re moving in together this month.” Perhaps this new living arrangement is why Falchuk listed his own Brentwood Park home for sale in June. He ended up netting quite the profit—after offering the place for $10 million, he sold the mansion to Jesse Jo Stark for $10.6 million.

We assume this means that Paltrow and Falchuk will be residing in the Academy Award-winner’s Brentwood residence, which she has owned since 2012 and definitely has zero cheese from a can nor any Cup-a-Soup, but is probably filled with rose quartz rollers and Goop candles. Hopefully, Paltrow’s intimacy teacher is OK with this new living situation. 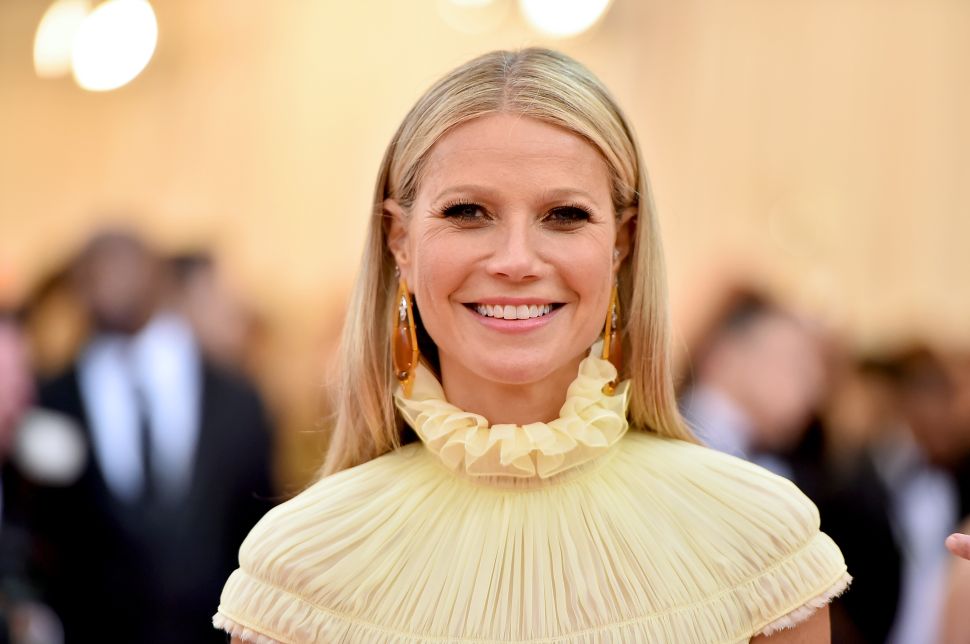