American abstract expressionist Helen Frankenthaler, who was exhibiting work from the 1950s up until her death in 2011, started making urgently radical art during a time period wherein urgency and radical thinking wasn’t exactly fashionable for “young ladies.” You may not project the same qualities upon her work the first time you look at it—her canvases bloom with superficially soft pastel colors and blurred lines—but make no mistake, her intellectually rigorous creations were forward thinking, to say the least. Of the many things one can read into her abstract canvases, the most striking insinuation might be that of a landscape almost melting in the near future, which can be easily aligned with climate change. “Abstract Climates: Helen Frankenthaler in Provincetown,” a new show that just opened at the Parrish Art Museum in Mill, New York, and will run through the end of October, further investigates her prophetic insights.

Painting in Provincetown during the picture-perfect 1950s proved to be formative for Frankenthaler. She learned about the importance of rendering and conceiving one’s own color theories from another abstract painter, Hans Hofmann, and only a few years later she went on to create what would become her calling card: Mountains and Sea, 1952. “What we’re looking at is certainly an abstraction, but it’s abstraction that evokes a landscape,” said Molly Donovan, associate curator of modern art at the National Gallery of Art, in an NGA podcast. “The light green edge that descends to the blue band can be really understood in some ways as a rocky shoreline that meets the , and the blue splashes throughout the composition could be seen as the Atlantic Ocean violently pouring over into the landscape.”

Frankenthaler is talked about as someone who was deeply influenced by Jackson Pollock, but hers was a more perceptive technique: she stained the canvas where he simply splattered it, pointing towards something more lasting than frenetic expulsions of energy. “Abstract Climates” in particular showcases Frankenthaler’s geometric interpretations of the ephemeral qualities of summer on the coast, and it shouldn’t be missed. 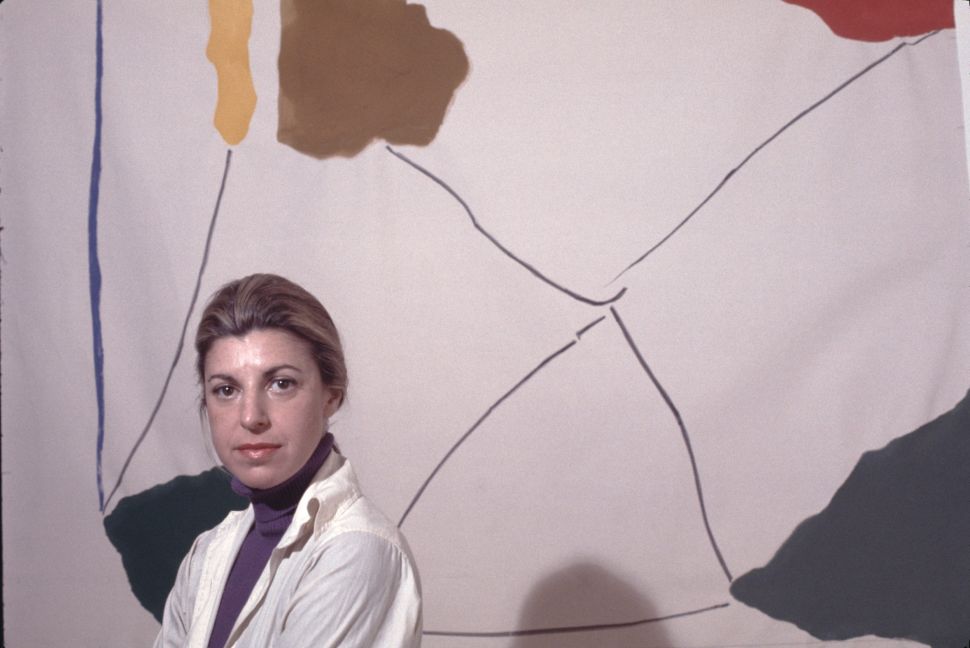