As the Sacramento, Calif. CBS affiliate recently reported, local agricultural officials are encouraging the county’s existing farmers—and any interested and entrepreneurial newcomers—to grow a particular variety of cannabis sativa that has no value as a recreational drug.

Unlike almost half of other California counties that have slapped a moratorium on growing the plant, Stanislaus County wants to become a hotbed for industrial hemp—and for this, there is stiff competition, as hemp appears to have overtaken marijuana as America’s new cash crop.

According to Bloomberg, sales of hemp could top $24 billion by 2023, an absurd figure for a trade that was almost nonexistent when Barack Obama was president. For this, you can thank the CBD boom—and, in a not roundabout way, President Donald Trump and Mitch McConnell.

CBD, or cannabidiol, is one of many active cannabinoids in the cannabis plant. For years, medical marijuana entrepreneurs have been marketing CBD-rich cannabis as a wellness product, a more-sober alternative to cannabis with THC. (Both compounds are psychoactive insofar as they affect cognition and the body’s function; it is THC that is associated with “getting stoned.”) The problem is that cannabis—the recreational or the medical kind—is still federally illegal. It can’t cross state lines and still makes c-suite executives nervous.

But CBD can also be extracted from hemp, which is defined by federal law as cannabis sativa with 0.3 percent or less THC. Under the most recent Farm Bill that Trump signed into law in December, hemp is now legal to cultivate and process in all 50 states—and all 50 states appear very eager to get into the hemp game, which, as Bloomberg recently observered, appears to be the country’s current agricultural gold rush.

Hemp is a useful plant. Humanity has known this for a long time. Jack Herer, a longtime cannabis activist, famously detailed all of its many potential uses in a landmark book. Hemp can—and is—used for the fiber in rope and clothes. The oil can be burned as fuel or included in soaps, like Dr. Bronner’s Magic Soaps. The seeds can be eaten and are high in Omega-3 and 6 fatty acids.

But who cares about that when you have CBD? Earlier this year, New York Sen. Chuck Schumer, a would-be Trump foil, welcomed a massive Canadian company into the lower Hudson Valley with the promise that it would grow hemp—perhaps the source product for CBD-infused cosmetics, “wellness products” and other products found in New York City bodegas, “hemp dispensaries” and other places where merchants are seeking to make a buck with the new hip and hot product. On Friday, Schumer put out a press release hyping the “nation’s only industrial hemp seed bank” to be located at Cornell University.

It is probably no accident that all of this happened after the “discovery” of CBD, which you can buy online at Amazon and also find for sale at bookstores, coffee shops and even gas stations across the United States.

Hemp business still carries significant risk. A cross-country shipment of Midwestern hemp to a processing facility in Colorado was famously intercepted by Oklahoma police earlier this year, and cops in Idaho have also made it clear that they intend to interdict and treat any shipment of hemp they come across as marijuana.

For these reasons, if you do want to be in the hemp game, a domestic supply may be preferable. This brings us back to Stanislaus County and erstwhile walnut farmer Al Cottrell, who put in his first crop of hemp on August 1, he told CBS.

“It’s just a versatile crop,” he said. “It just doesn’t seem like there’s anything else that would be as fulfilling to grow.” Or as lucrative. 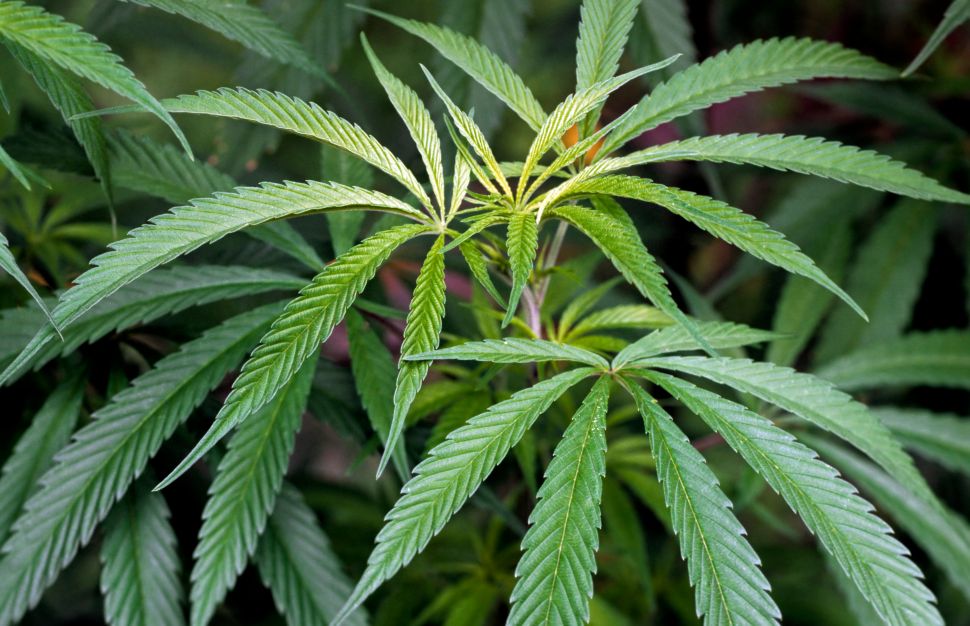