Despite violent crackdowns by the police and vehement pushback from Beijing, protesters in Hong Kong are as committed as ever to peacefully demonstrating by the thousands to protect Hong Kong’s autonomy. This crisis of large-scale dissent and governmental opposition has been incredibly disruptive for a number of industries, including the stuttering Chinese art market. Few authority figures in the art world have bothered to elucidate this explicitly, but the facts are hard to ignore. “It’s been very bad,” art dealer Pearl Lam, who owns galleries in Shanghai and Hong Kong, told Artnews this week. “People are not in the mood to think about art and basically there are no visitors, so it’s crazy bad in Hong Kong.”

Meanwhile, in China’s capital, what was once a promising breeding ground for a partnership between Eastern and Western art markets has become a full-blown civil nightmare, as Beijing-based curator and author Jia Li wrote in piece published by Artforum on Monday. Li reports that under the fog of an urban planning campaign dedicated to “removing Beijing’s non-capital functions and features,” art galleries and entire arts districts have already been demolished or marked for demolition, forcing tenants in creative professions into displacement. This isn’t the first time this issue has made the news: in 2018, Chinese authorities bulldozed Ai Weiwei’s longtime Beijing studio without warning.

SEE ALSO: Rebecca Wei’s Departure From Christie’s May Have Been Influenced by Hong Kong Protests

“These expulsions seem trivial when compared to the tens of thousands of members of the ‘low-end population’ who have lost their homes, jobs and educational opportunities due to this draconian urban purge,” Li writes, but “in Beijing, the relationship between art, the city and the unchecked power of the state has become increasingly untenable.”

Within the context of the mind-numbing ascent of global authoritarianism and the quickening environmental collapse of the planet, it’s understandable to encounter those who have trouble caring about what happens to galleries, museums and the art market. This existential anxiety is felt particularly by people within the art world, who are aware that their struggles pale in comparison to the violent subjugation being felt all over the world. But what’s happening in Beijing and Hong Kong is just further proof of what should already be obvious: art isn’t made in a vacuum, and no human being can flourish under active suppression. 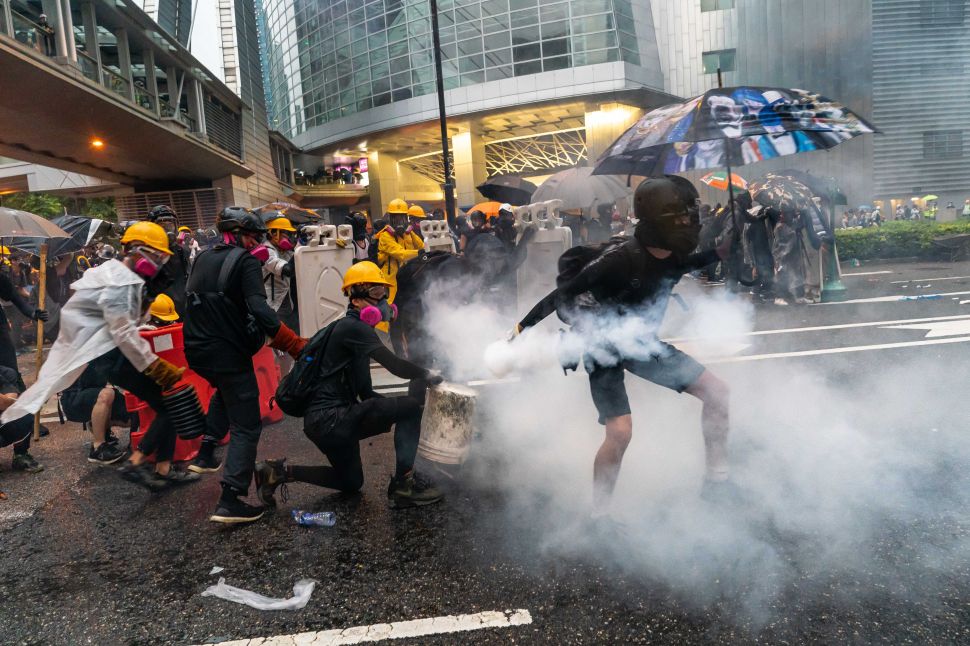