When legendary architect I. M. Pei died this year at the age of 102, he left behind a legacy of creating distinctive modernist structures that tended to have a significant impact on their surroundings, including (but not limited to) the iconic glass pyramid entrance to the Louvre in Paris. Throughout his prolific life, Pei also accumulated an enviable fine art collection, and the majority of it will be auctioned off this fall via several different outposts of Christie’s. According to the auction house, Pei’s trove will be made available in New York, Hong Kong and Paris through the months of November and December, and it includes a wildly diverse representation of works spanning from Chinese painting to Dutch-American abstract expressionism.

Along with his wife Eileen, Pei snapped up significant works by big names including Willem de Kooning, Henry Moore, Jacques Lipchitz, Xu Shiqi, Barnett Newman and Jean Dubuffet, some of whom were close personal friends. Their collection suggests a deeply intellectual engagement with artistic craft, as well as the final product. “No matter the country, they always seemed to have friends, many of whom were artists, architects, gallerists and museum directors, ready to welcome them,” the Pei’s daughter Liane said in a statement. “There was always a deep feeling of mutual respect, warmth and friendship. Whenever we were in Paris, we would visit Zao Wou-ki, whom I always referred to as ‘Uncle Wou-ki,’ to see his latest paintings. Years later, I recall a splendid trip to Venice with Annalee Newman, whom I adored as a grandmother.”

This clearly genuine intimacy has led to the assembly of a collection that Christie’s estimates is worth $25 million. Highlights include La Brouette (The Wheelbarrow) by Jean Dubuffet, which somehow manages to evoke amoebic fluidity, and Barnett Newman’s  perpendicular works Untitled 4, 1950 and Untitled 5, 1950. 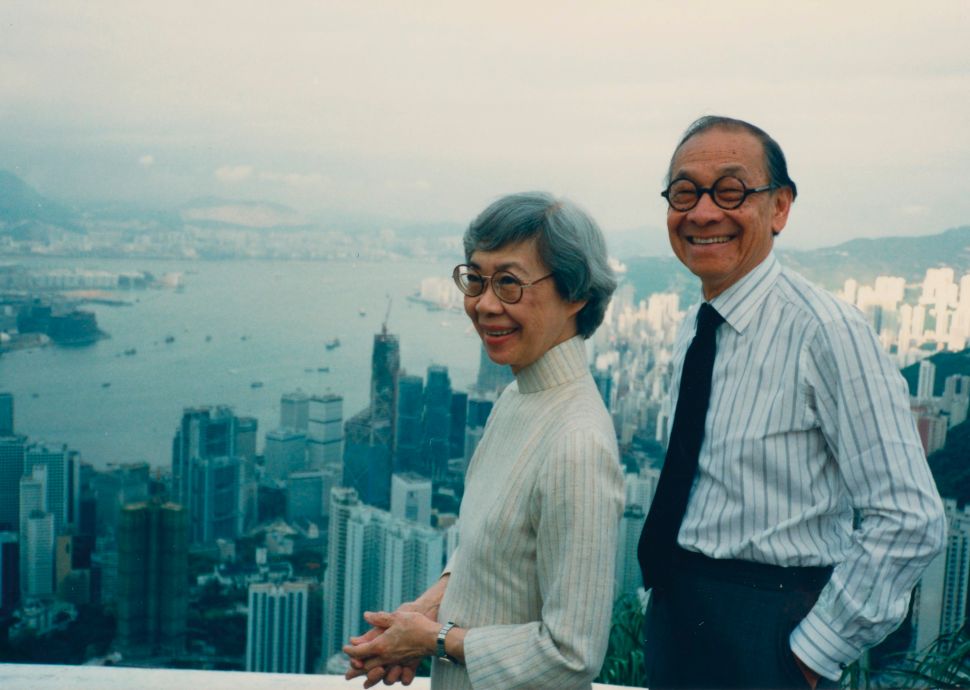