Starting on September 4, the beef alternative patty will be available for sale at grocery stores across the country. According to a Bloomberg report, the startup known for its meatless burgers has finally gained the needed approval for use of the chemical soy leghemoglobin as a color additive in the store-packaged version.

The company had been awaiting the approval of a 2018 petition for the Food and Drug Administration (FDA) to allow soy leghemoglobin (or heme) use for color. Heme is the “key ingredient” that the company says gives its burgers the realistic meat taste. Its future “application” will likely be for achieving a “bloody” uncooked beef look on store shelves.

The FDA’s amended law for heme use dictates that it does not “exceed 0.8% by weight” in the items sold directly to customers. “Should no objections be raised, the direct-to-consumer sale of uncooked, red-colored ground beef analogue products containing soy leghemoglobin will be allowed,” said the FDA in a statement.

“We’ve been engaging with the FDA for half a decade to ensure that we are completely compliant with all food-safety regulations—for the Impossible Burger and for future products and sales channels,” Impossible Foods chief legal officer Dana Wagner said in a statement. “We have deep respect for the FDA as champion of U.S. food safety, and we’ve always gone above and beyond to comply with every food-safety regulation and to provide maximum transparency about our ingredients so that our customers can have 100% confidence in our product.”

The FDA’s announcement comes at the same time as Impossible Foods’ newly announced deal with OSI Group, which will help increase production to meet the current high demand.

However, Impossible isn’t giving up its restaurant partnerships anytime soon. In fact, it’s making its way to 7,300 Burger King locations this month, where it will be offered as a substitute to the fast food chain’s iconic burger.

Impossible Foods says it plans to release the burger at “select retail outlets” in September. 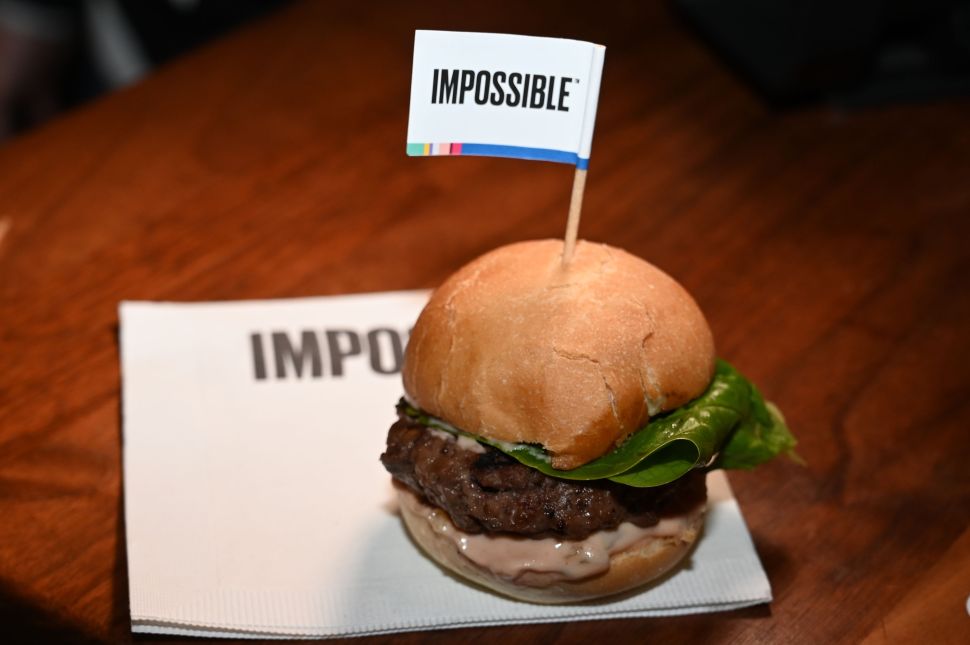