One of MoMA PS1’s main attractions has once again been made accessible to the public as of last Thursday. Back in January, artist James Turrell requested that his permanent installation Meeting remain closed until scaffolding from nearby construction work was no longer obstructing the view that his piece, which includes a skylight, provides.

Fittingly, the construction that Turrell felt his work was compromised by was the planned luxury apartment complexes being built at the site that was formerly home to 5Pointz, a meter factory-turned evolving canvas for New York City graffiti artists. Since the building equipment in question evidently no longer conflicts with the installation’s view, Meeting has been reopened.

💙 Our beloved #JamesTurrell Skyspace "Meeting" will reopen this Thursday, August 1. The sunset lighting program will be partially visible during #UNIQLOFreeFridayNights and Warm Up when the museum is open late. Ticketed sunset viewings will restart in the fall. Sign up for our email list to be the first to hear when tickets are released at moma.org/newsletters. … 📷: @pablo.enriquez

Until recently, it was unclear whether Meeting’s skylight would remain unobstructed for long. According to The City, in mid-July, developer David Wolkoff sought approval to make the aforementioned luxury apartment complexes even bigger than they were originally supposed to be. Wolkoff was angling to increase the height of the “5Pointz Towers” to 48 and 42 stories, respectively, but the Queens Community Board rejected his proposal.

In any case, the reopening of Turrell’s site-specific installation is an undisputed asset to museum patrons. For decades, Turrell has occupied comfortable territory as one of America’s most respected artists actively dealing with the thematic limits of light and space. Roden Crater, arguably his most famous and well-considered work, consists of an observatory installed within an extinct volcano crater in northern Arizona. The renewed accessibility of Meeting is also surely a relief to the museum staff at MoMA PS1: they can again begin to market and sell timed “sunset tickets” to visitors, which affords you the opportunity to experience the work at the most dramatically picturesque time of day. According to the museum, sunset tickets will be on sale again in the fall. 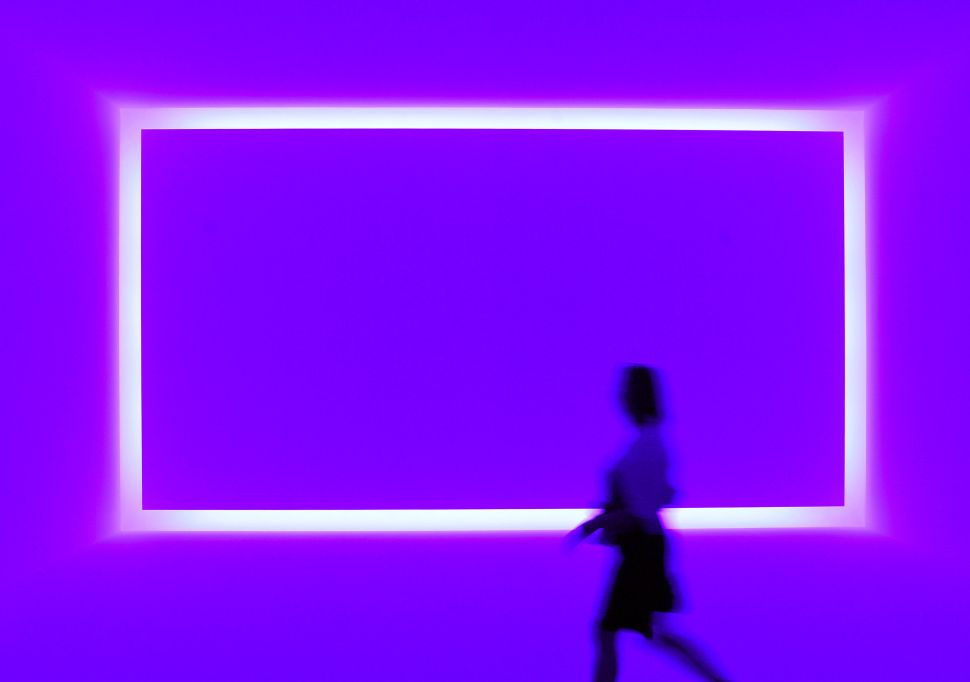