The world’s richest person Jeff Bezos is known for investing every cent earned from a business back into itself and has famously said it’s the secret weapon that has made Amazon the e-commerce behemoth it is today. But lately, the multi-billionaire seems to be on the opposite track, cashing out his Amazon equities at an unusual pace.

This week alone, Bezos has sold nearly one million shares, or $1.8 billion worth, of Amazon stock, a set of SEC filings on Wednesday night revealed. It was his largest cash withdrawal from Amazon stock ever. After taxes, he will net approximately $1.4 billion, per Forbes‘ calculation.

The sell-off didn’t change Bezos’ net worth much, but it provided him with a great deal of liquidity to do other things.

Amazon hasn’t responded to an Observer inquiry on where this truckload of money will be going. A likely destination will be Bezos’ space exploration company, Blue Origin, which is rightfully in need of a dose of fresh capital to fund a number of cash-burning projects underway.

Unlike Elon Musk’s SpaceX or Richard Branson’s Virgin Galactic, which are both partly backed by outside investors, Bezos’ space venture is entirely self-funded. In 2017, Bezos said he planned to invest at least $1 billion in the space company every year. Because the vast majority of Bezos’ fortune is tied to Amazon, that money has to come from his Amazon holdings.

In 2017 and 2018, Bezos sold nearly $2 billion worth of Amazon stock in three transactions. “Every time you buy shoes, you’re helping fund Blue Origin, so thank you. I appreciate it very much,” he said to Amazon customers at an event in February.

Blue Origin is set to debut its New Shepard rocket by the end of the year, Bezos has promised. The New Shepard is a 59-foot-tall reusable rocket that can send human tourists into sub-orbital space and bring them back.

Another expensive project in the works is the “Blue Moon” lander, which is designed to carry up to 14,000 pounds of payload to the moon and make a soft landing.

The “Blue Moon” lander will also be used in NASA’s upcoming crewed lunar exploration mission. This week, NASA named Blue Origin as one of the 13 private-sector companies commissioned to collaborate on the space agency’s 2024 moon landing project. 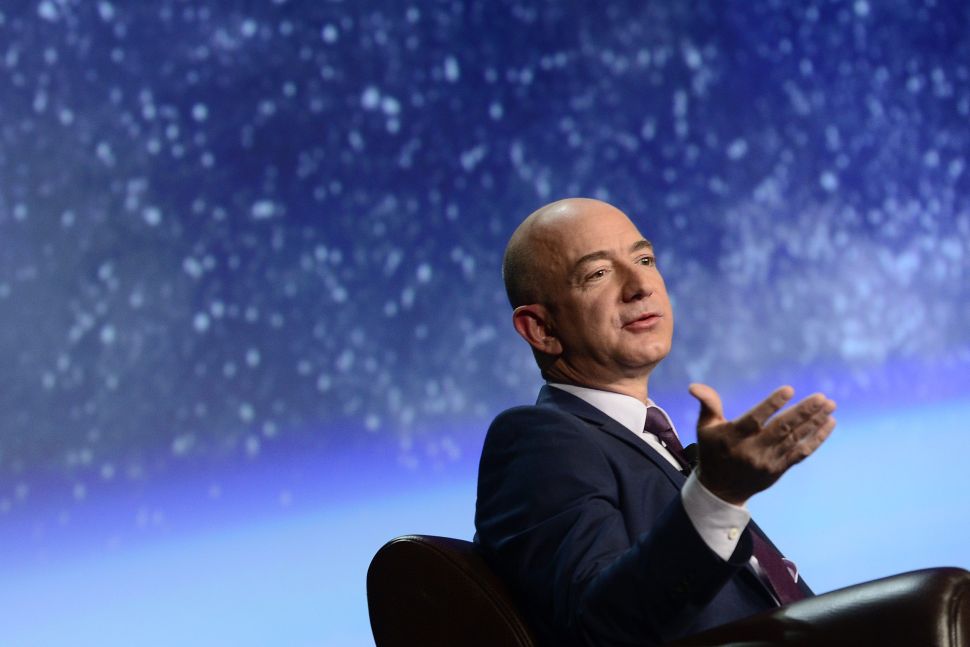