Back in 2016, Jeff Koons announced that he would be donating a sculpture to the City of Paris in order to commemorate the victims of terrorist attacks that had claimed 130 lives the year before. Theoretically, this gesture could be interpreted as both beatific and solemnly respectful, but many critics instantly took issue with Koons’ choice of gift: a 34-foot-tall hand grasping a cluster of semi-inflated pastel balloons called Bouquet of Tulips. After years of municipal squabbling over the location of the sculpture’s eventual home, this week installation finally began in the gardens behind the Petit Palais, a classical art museum in the city’s 8th arrondissement.

“I hope the work is life-changing to people,” Koons told the New York Times three years ago. “I hope that the Bouquet of Tulips can communicate a sense of future, of optimism, the joy of offering, to find something greater outside the self.” From the perspective of many Parisian artists and intellectuals, this distinctly sugar-coated Koonsian offering was not so welcome. For starters, the colorful sculpture was interpreted by some to be an inappropriate work for commemorating victims of terrorist attacks. In the aftermath of the project’s initial announcement, a cohort of famous dissenters including director Olivier Assayas, former minister of culture Frédéric Mitterrand and industrial designer Matali Crasset wrote a letter to the French newspaper Libération that highlighted their concerns.

Before settling at the Petit Palais, Bouquet of Tulips was intended to be planted between the Museum of Modern Art and the Palais de Tokyo, which would have potentially obscured a pedestrians’ views of the Eiffel Tower. “Without any relation to the tragic events invoked and their location,” the letter explains, this initial plan would “appear at least surprising, if not opportunistic, even cynical.”

This isn’t the first time Koons has gotten a chilly reception in France. His 2008 exhibition of his famous balloon animals in the Château de Versailles compelled Le Monde to label Koons the “paragon of kitsch.” Kitsch can be compelling and dynamic, but perhaps it’s not best to turn memorials into ironic shrines. 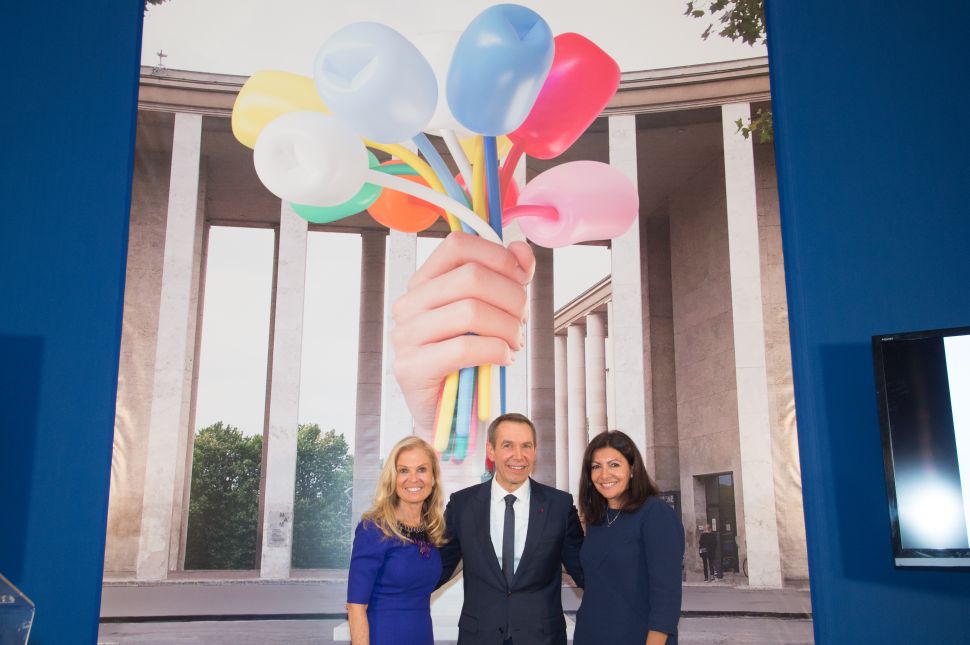