When it was first announced that Warner Bros. would be developing a big screen origin story that existed outside of the DC Extended Universe continuity for the Joker, it was believed to be the launching pad for a new banner under DC Films intended to bring unique story angles to the studio’s library of comic book properties. We’re talking experimental, filmmaker-driven genre expansions not beholden to the four-quadrant requirements of superhero blockbusters. That’s exactly why Todd Phillips’ Joker is an R-rated gritty crime drama with a $55 million budget rather than a traditional PG-13 $150 million summer extravaganza. It’s also exactly why we’re so high on the project.

Warner Bros. has yet to officially unveil this new banner, but the prevailing belief is that it soon will if Joker proves to be a hit. While this Elseworlds-like endeavor seems to lend itself more to fascinating one-off stories, the possibility for new franchises does exist. At least, that’s how Phillips made it sound when asked if he would make a Joker sequel.

“One thing I will tell you: I would do anything with Joaquin [Phoenix], any day of the week,” he told GamesRadar. “There’s nobody like him. If he was willing to do it, and if people show up to this movie, and Warners came to us and said, “You know what? If you guys could think of something…’ Well, I have a feeling that he and I could think of something pretty cool.”

Phoenix isn’t exactly a fan of modern studio franchises. He was famously targeted by Marvel to play Doctor Strange but bowed out due to the multi-picture agreement that was required. He also considered passing on Joker because of his opinion on most comic book films.

“I think oftentimes, in these movies, we have these simplified, reductive archetypes, and that allows for the audience to be distant from the character, just like we would do in real life, where it’s easy to label somebody as evil, and therefore say, ‘Well, I’m not that,'” he said.

Obviously, Phillips sold him on his vision for the character which does not draw on any comic book storylines.

It’s still early, but Joker is looking like a hit in the making. Box Office Pro’s long range forecast projects a healthy opening weekend of between $60 million and $90 million. If that proves to be accurate, Phillips and Phoenix should probably get started on that follow-up idea. 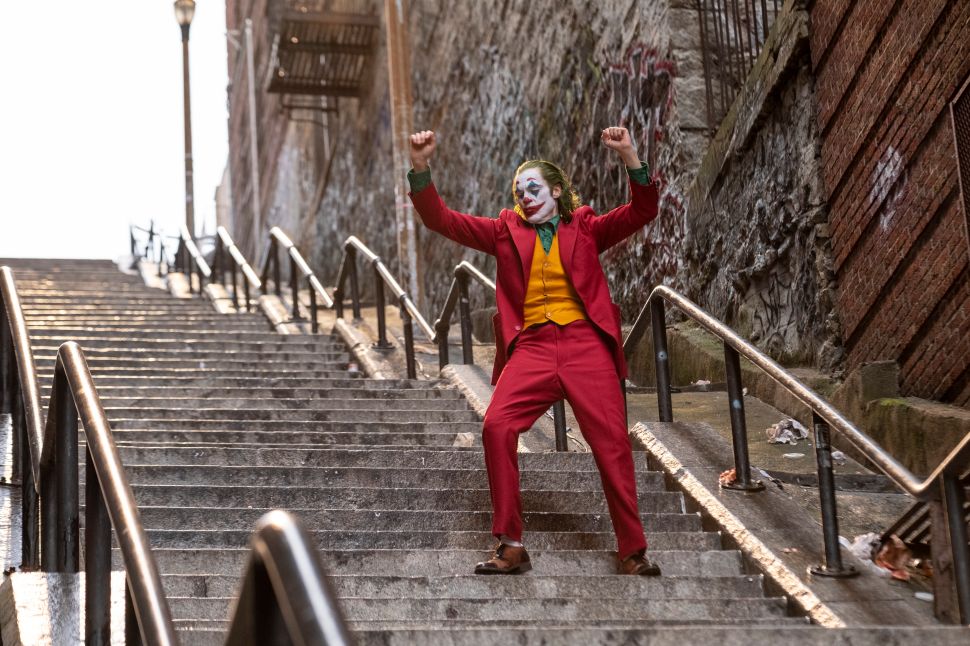