Kanye West’s relentless aesthetic ambition is no secret to anyone who’s followed his career over the past couple of years, but some of his projects have undoubtedly failed to land with the impact West anticipated. In 2016, punishing summer weather threw a wrench into West’s Yeezy 4 fashion collection presentation on Roosevelt Island in New York City: models plopped to the ground and removed their shoes, unable to bear walking and standing around in 86 degree heat. Fast forward to 2019, and West’s quasi-utopian affordable housing project, Yeezy Home, has begun to show signs of falling apart due to the fact that the rapper and visionary neglected to obtain a building permit before erecting wooden domes in the Calabasas desert.

You can’t blame the man for trying, but West’s neighbors are of the opinion that you can blame him for instructing construction crews to work for more than 12 hours straight on weekends, which is isn’t permitted in Calabasas. The local civic drama surrounding the domes is predictably spicy, but what’s perhaps more interesting is the design legacy that West is calling upon by even attempting to build highbrow, egalitarian housing.

YEEZY Home in the works! Each building is about 50 feet high. "Sources familiar with the project tell TMZ … Kanye is building dome-like structures that are prototypes for a new type of home … homes he believes will break the barriers that separate classes … namely, the rich, the middle class and the poor." #yeezyhome

West told Forbes that the domes were inspired by the childhood home of Luke Skywalker from Star Wars, on the planet Tatooine. Plus, the design team he’s employed to help execute his vision is certainly robust: Jalil Peraza, Petra Kustrin, Nejc Škufca and Vadik Marmeladov are all are reportedly part of the Yeezy Home team, but it’s not completely clear who specifically conceived the dome idea.

Regardless, these weird and vulnerable Calabasas domes recall a long history of half-finished utopian sanctuaries. In the 1970s, the Italian architect Paolo Soleri designed and began constructing a community in the Arizona desert called Arcosanti; a miniature, ecologically sensitive city that was meant to re-envision the possibilities of urban design. Arcosanti’s futuristic domes and compressed passageways are very much in keeping with the brutalist/eco-modernist Kanye West aesthetic.

Frank Lloyd Wright, one of the most famous and most influential architects of all time, dreamt of a project called Broadacre City where skyscrapers were in the minority, a new democracy would emerge and he would “create an environment in which the individual would flourish.”

TMZ has reported that Kanye West believes his prototype homes have the potential to break barriers between classes; essentially, one of the most famous people in the world is exploring a dream that involves housing for everyone, regardless of personal wealth. Even if the domes in Calabasas have to be torn down for now, that’s certainly a vision worth celebrating. 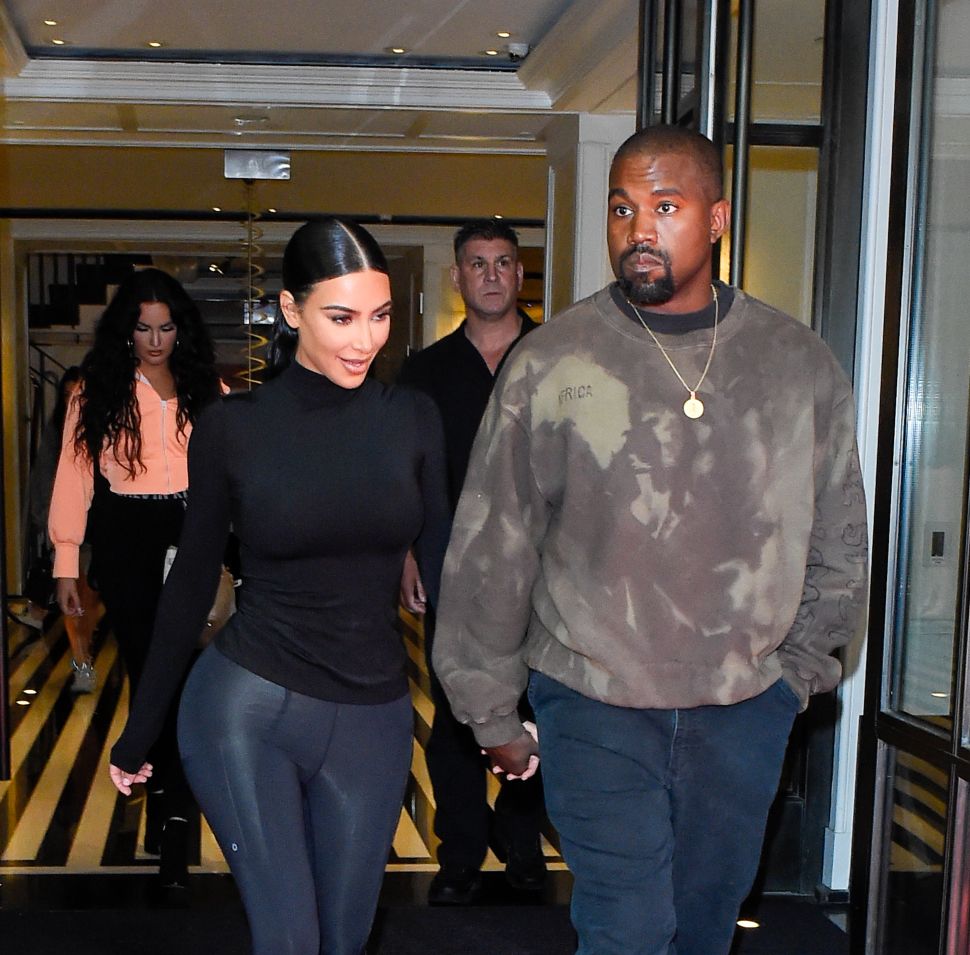